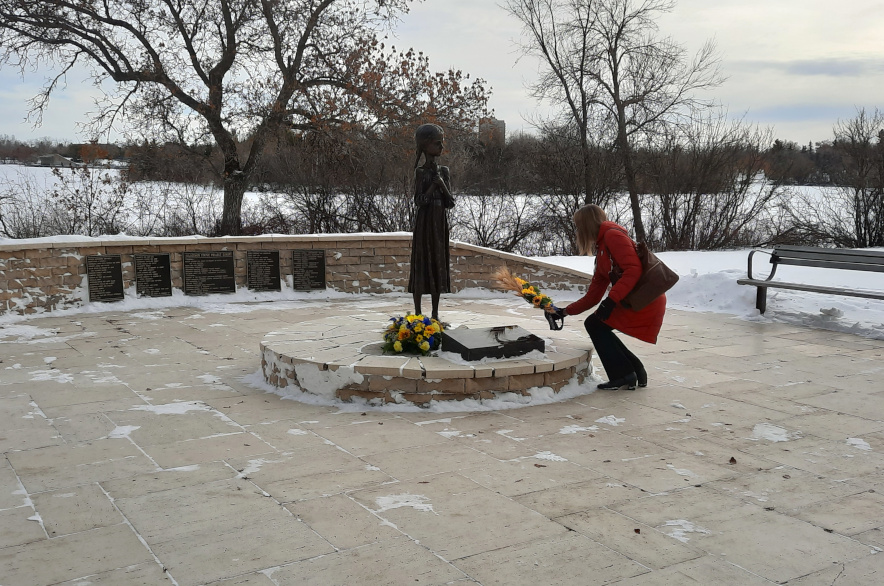 MLAs along with Ukrainians and members of the public gathered at the Saskatchewan Legislature on Tuesday afternoon to remember the tragic event that was the Holodomor.

The Holodomor took place from 1932 to ’33 and saw millions of Ukrainians die while working under Soviet management of agricultural crop production in their region.

Legislative Secretary responsible for Saskatchewan-Ukraine Relations Terry Denis spoke at the event Tuesday and said the province will continue to remember those who were lost in the deadly events.

In 2015, a monument called “Bitter Memories of Childhood” was erected in Wascana Centre to remember those lost from what is one of the deadliest events in human history.

One-third of the people who died in the Holodomor were children, according to Dennis.