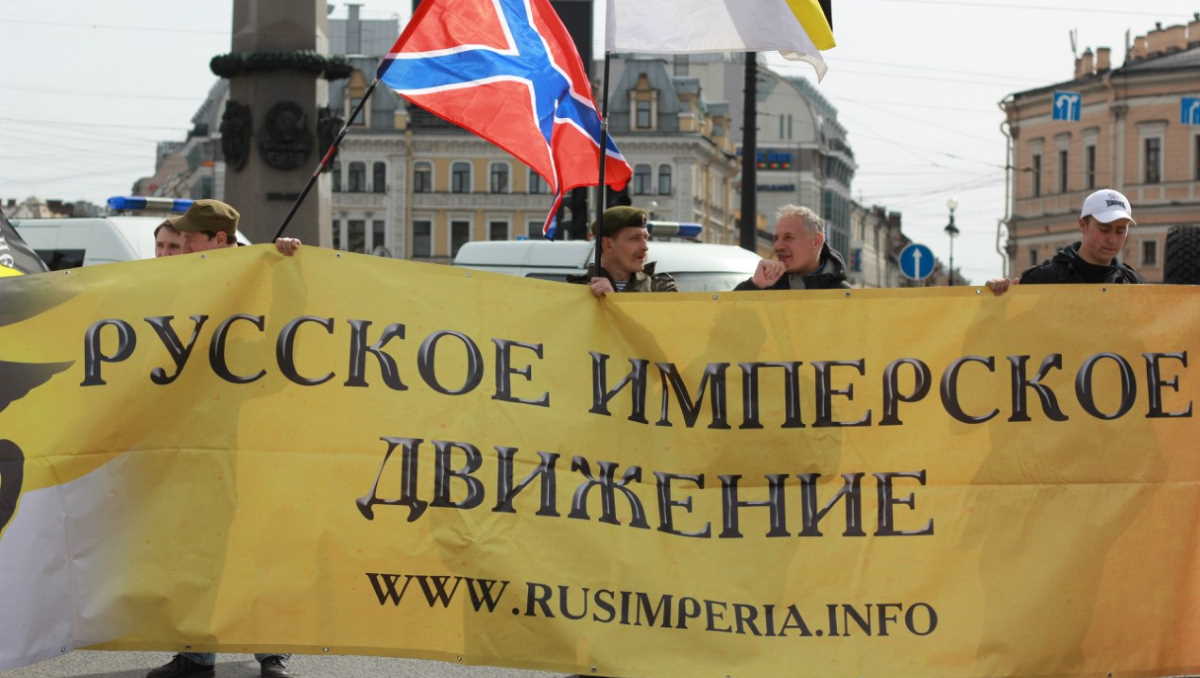 When, on February 3, the Government of Canada placed 13 new groups on the Criminal Code list of terrorist entities, most media attention was focussed on the Proud Boys, a far-right, white supremacist and neo-fascist organization that promotes and engages in political violence. Such attention is not surprising considering they have chapters in both the United States and Canada and were among the participants of the January 6 storming of the U.S. Capitol Building. They also gained notoriety during the first debate between former President Donald Trump and his Democratic opponent Joe Biden, when Trump stated “Proud Boys, stand back and stand by” after which their membership grew by almost 10%.

However, there was one specific terrorist organization listed among those 13 that received scant media attention but is of particular interest to the Ukrainian community. That is the Russian Imperial Movement (RID in its Russian acronym) — a Russian ultranationalist, white supremacist, [far-right paramilitary organization that idolizes Russia’s tsarist past and draws inspiration from the violent, antisemitic Black Hundreds of early 20th century Russia.
The organization operates two paramilitary training facilities in St. Petersburg, through which it offers a training course that RID calls “Partisan.” The training program includes instruction in woodland and urban assault, firearms, and other combat skills.

The RID is also closely linked with the two Russian-backed separatist enclaves in the Donbas – the self-styled Donetsk and Luhansk People’s Republics. Its leader, Stanislav Vorobyev was involved in the 2014 Russian invasion of Crimea. Also, in 2014, RID’s paramilitary wing, the Imperial Legion, fought in the Donbas on the side of pro-Russian separatists. The movement has trained several hundred volunteers to fight in eastern Ukraine. One member, Alexander Zhuchkovsky, led an operation to send supplies, including radios, uniforms, cellphones, drones, binoculars and even items as banal as soap, batteries and toothpaste to support the fighters, according to the Washington Post.

In addition, the RID has ties to Igor “Girkin” Strelkov, a former colonel of Russia’s Federal Security Service (FSB). Strelkov has been indicted by Dutch prosecutors for his role in the downing of Flight-MH 17, a civilian airliner shot down on July 17, 2014 over Russian-occupied eastern Ukraine by a Buk missile system originating from the 53rd Anti Aircraft Missile brigade, a unit of the Russian army from Kursk. All 298 people on board were killed.
RID has also supported terrorist activity beyond Russia and Ukraine. In August 2016, the group provided paramilitary training to two Swedish members of the white supremacist group Nordic Resistance Movement (NRM) at their St. Petersburg Partisan facilities. In 2016, two Swedish individuals attended RID’s training course; thereafter, they committed a series of bombings in Gothenburg, Sweden, targeting a refugee shelter, a shelter for asylum seekers, and a café, for which they were convicted. The Swedish prosecutor credited RID for their terrorist radicalization and relevant training. RID has also provided paramilitary-style training to white supremacists from Germany, Poland, and Finland.
What Canada’s terrorist designation means is that banks and financial institutions can freeze the RID’s assets. It is a crime to knowingly deal with the assets of a listed entity. Listings also help obstruct assistance from sympathizers and supporters in Canada by criminalizing certain support activities, including those related to terrorist travel, training and recruitment. The RID has already been designated as a terrorist group by the United States.

The Ukrainian Canadian Congress, which had urged the Government of Canada to designate the RID as a terrorist group in a letter to Public Safety Minister Bill Blair and then Foreign Affairs Minister Francois-Phillippe Champagne two days after the U.S. designation on April 6, 2020, has welcomed Canada’s February 3 announcement. “Extremist, terrorist organizations such as the RID and the government that harbours them are a clear threat to global security. Today’s listing of the RID is an important step in keeping Canadians safe,” stated Alexandra Chyczij, National President of the UCC. “We applaud today’s announcement and call on the Government of Canada to investigate the RID’s possible links to the Russian authorities.”

That last sentence is critical. Although the Russian government officially denies any connection with the RID, the fact remains that no organization can operate as freely as RID does within the Russian Federation without the tacit approval of the Kremlin. The RID has operated as a proxy in the Donbas and is useful to the Kremlin in maintaining contacts with neo-Nazi and far-right extremist groups in the West. An investigation of RID’s link to the Russian government is certainly in order.

So are the other two recommendations the UCC made in its media release welcoming the government’s decision. These are:

• To designate the so-called Donetsk and Luhansk People’s Republics as terrorist organizations and list the Russian federation as a state sponsor of terrorism; and
• To work with allies to increase sanctions on the Russian federation, including banning Russia from the SWIFT international payments system.

The Government of Canada has taken a bold first step in designating the RID as a terrorist organization. But follow-up action, as suggested by the UCC, is needed to further battle this terrorist threat.