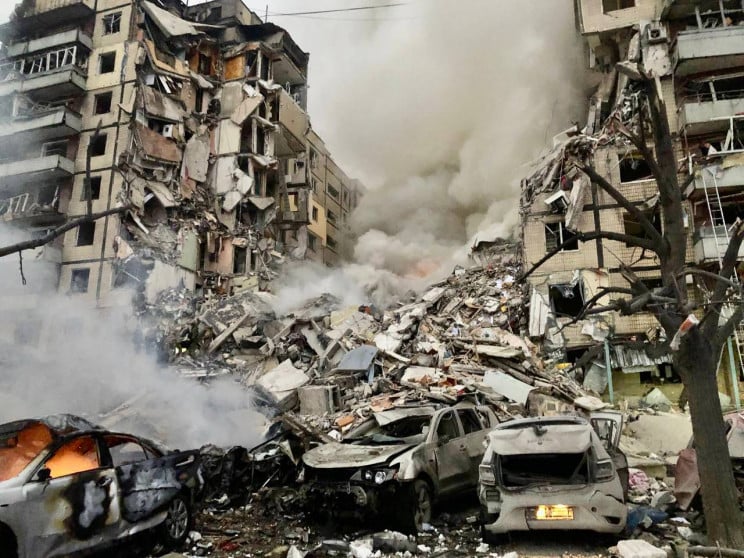 Around 200 people attended a rally in Calgary on Sunday afternoon aimed at encouraging Calgarians to take action in support of Ukraine. 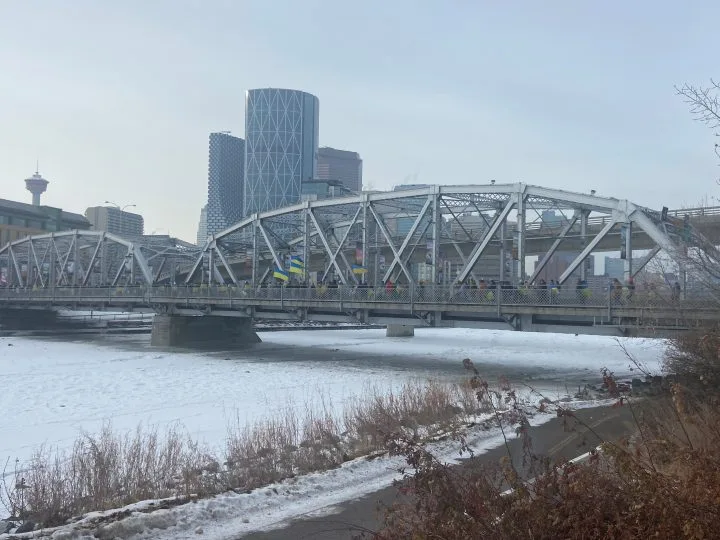 Around 200 people march in support of Ukraine in Calgary on January 15, 2023. Carolyn Kury de Castillo/Global News

Stand for Democracy – Stand with Ukraine Rally & March started at the Holodomor Monument on Memorial Drive.

The event was organized by the Ukrainian Canadian Congress – Calgary Branch.

It was sparked by Russian missile attacks over the weekend, one of which hit an apartment building in Dnipro on Saturday that killed tens of people.

The death toll from the missile strike in Dnipro rose to 30 on Sunday, the national emergencies service reported as rescue workers scrambled to reach survivors in the rubble.

Rally organizer Illya Ivanov is from Dnipro. He moved to Canada in 2013.

“At this point, you wake up and you read the news and I feel anger and frustration,” Ivanov said. “Mostly anger because this is a civilian building. I know where it is. I know the neighbourhood in Dnipro where it is. It’s not next to any military object or near critical infrastructure.”

Ivanov said he did manage to communicate with friends and relatives who are living in Dnipro and noted that all of them were safe.

Organizers said over the past year, Canadians have opened their homes and communities to welcome Ukrainian newcomers, donated to charitable organizations supporting Ukraine and written to their political representatives calling for increased support.

“Ottawa has also significantly contributed to military and humanitarian assistance for Ukraine,” Ivanov said, adding that a Ukrainian victory is in Canada’s strategic interest.

“The faster Ukraine wins the war, the more lives are saved, and the stronger an ally Canada has in Europe,” Ivanov said.

“On the smallest level, you see the rising inflation and of course, the Russian aggression contributes to that — there is unpredictability and instability.”