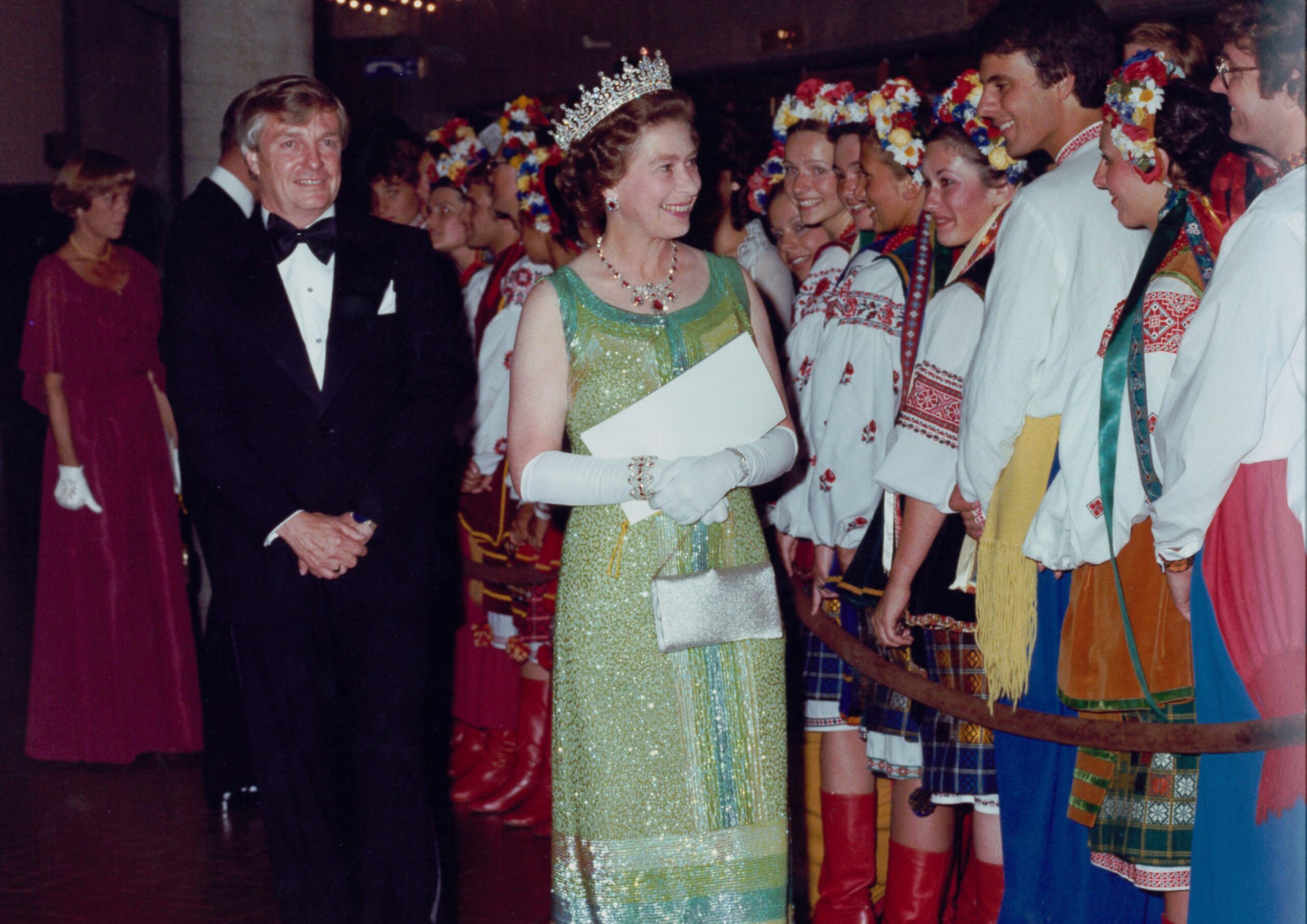 As a Grade One student in the late fifties with a limited knowledge of English, I was always puzzled by the line “Long to rain over us” during our daily rendition of “God Save the Queen” which, at that time, was Canada’s National Anthem. In time I learned the difference between “rain” and “reign”, and that wish: “Long to reign over us” certainly came true. When Queen Elizabeth II passed away on September 8, she was the longest reigning monarch of England, the longest reigning female monarch of the world and the second longest reigning monarch in history – surpassed only by King Louis XIV of France, who ascended his throne at the age of four. The vast majority of people in the United Kingdom, the Commonwealth of Nations and the world have known no other British sovereign.

Throughout the 70 years and 214 days of her reign the United Kingdom, the Commonwealth and the world experienced profound changes. In 1952, when Queen Elizabeth II ascended the throne, the UK was still recovering from the massive destruction it experienced during World War II, the British Empire had begun its decline, the Commonwealth which replaced it was still in its infancy, and millions of people displaced during the war were resettling.

But the British monarchy was strong. Having survived the abdication of Nazi sympathiser King Edward VIII, the Royal Family, headed by Queen Elizabeth’s father King George VI, endeared itself to the people of England by staying with them during the darkest days of the London Blitz instead of escaping to safety in Canada. At just 18 years old, then-Princess Elizabeth joined the British military, serving in the Women’s Auxiliary Territory Services. She was the first woman from the Royal Family to ever serve in the military. During her service, she drove army ambulances and also worked on military trucks.

Despite the ingrained tradition of staying above politics, the Queen showed support for Ukraine from the first years of Russian aggression. In 2015 she said, “My government will maintain pressure on Russia to respect the territorial integrity of Ukraine.”

In 2022, after the beginning of the Russian full-scale invasion of Ukraine, she made a rare donation to the Disasters Emergency Committee’s (DEC) Ukraine Appeal to help civilians affected by the conflict. The charity expressed its thanks to the monarch on Twitter for “continuing to support” its work. The palace declined to disclose the amount given, but the DEC described it as a “generous donation”.

Also in March, Charles and Camilla had an emotional meeting with Ukrainians in London. The duchess, 75, appeared tearful, but comforted the wife of Ukraine’s Ambassador to the U.K. Vadym Prystaiko, hugging her and telling her, “We are praying for you.”

Also that month Charles visited the Ukrainian Catholic Cathedral in London to find out how he could assist in the humanitarian crisis emerging from Russia’s war. He praised the “extraordinary bravery, generosity and fortitude of the Ukrainian community” and met with Ukrainian supporters. And, of course, there was the historic visit of Charles and Camilla to the Assumption of the Blessed Virgin Ukrainian Orthodox Cathedral in Ottawa on the occasion of the Royal Tour to celebrate the Queen’s Platinum Jubilee, May 18.

But the Queen has also visited the Ukrainian Canadian community. Artist Larisa Sembaliuk Cheladyn recalled on her Facebook page how her late father, Paul Sembaliuk had great memories of when the Queen visited the Vegreville Pysanka he had designed. And the Ukrainian Shumka Dancers posted the following on their Facebook page: “With the sad news today of the passing of Queen Elizabeth II, Shumka looks back to its past performances for Her Majesty: In Edmonton in 1978 for the Opening of the Commonwealth Games and in Ottawa in 1982 for the Repatriation of the Constitution in Ottawa. For our dancers, it was a lifetime honour to dance for the Queen and even more special to meet her afterwards. May her memory be eternal. Vichnaya Pamyiat!” 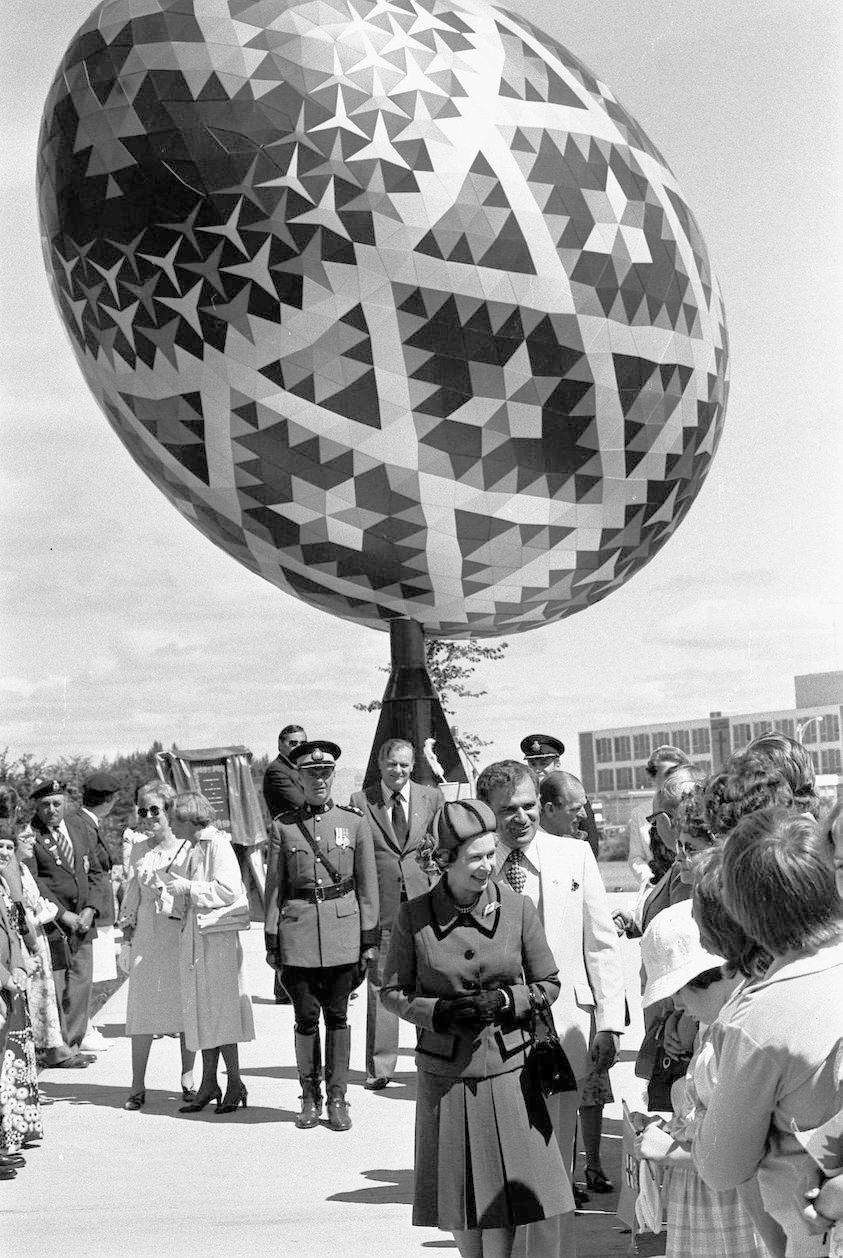 Incidentally, Queen Elizabeth and now the reigning King Charles III do have Ukrainian Heritage in their Royal bloodlines. The late Senator Paul Yuzyk in his 1967 book The Ukrainian Canadians, wrote that Queen Elizabeth II was descended in the 31st generation from Kyivan Prince Volodymyr Monomakh who married Gytha, daughter of King Harold II of England. Another link is Anna Yaroslavna, daughter of Prince Yaroslav the Wise, in the 33rd generation.

Ukrainian President Volodymyr Zelenskyy was one of the first foreign leaders to express his condolences and solidarity with the British people. “It is with deep sadness that we learned of the death of Her Majesty Queen Elizabeth II. On behalf of the [Ukrainian] people, we extend sincere condolences to the Royal Family, the entire United Kingdom and the Commonwealth over this irreparable loss. Our thoughts and prayers are with you,” he said.

And from us we say:

God save our gracious Queen and find her a rightful place in Your Kingdom.