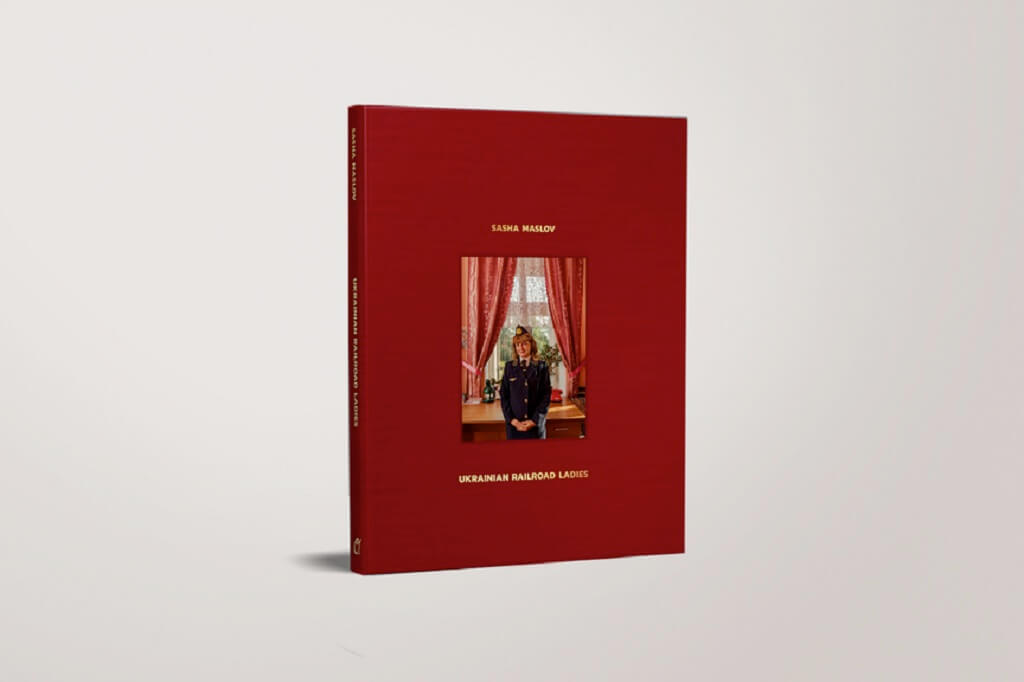 In Ukraine, the railroad traffic controller profession still exists. About 80 percent of people from this profession are women. They spend long shifts in small dedicated buildings beside the tracks. Ukrainian photographer Sasha Maslov shot portraits of female workers of Ukrainian railway company from all over the country. Osnovy Publishing is making an exquisite photo book about them.

Ukrainian Railroad Ladies is a series of portraits of traffic controllers and safety officers at railroads of Ukraine. This project is also an exploration of why these professions still exist in the 21st century, given the almost entire automatization of railroad crossings in the country. It is a study of the anthropological and social aspects of this phenomenon and the overall role of Ukraine’s railroad system. While working on the project, Sasha Maslov — known for his social documentary portraits, where the main focus is always the hero in his substantive environment – has traveled all over Ukraine.

“In a storm, it’s often hard to see the lighthouse. Ukraine’s railroad ladies are a kind of lighthouse: a symbol of how certain things in this country stand firm in the present as a defiant nod to the past. Unfazed by the passing of trains and time, they are here to stay.” — Sasha Maslov writes in his article for The New York Times.

Sasha Maslov is a Ukrainian-American portrait photographer and storyteller based in New York City. His work has been exhibited in various photo galleries and art spaces around Europe and the United States. Sasha is a regular contributor to a number of magazines and leading publications in New York and around the globe and is actively pursuing work on his documentary projects.

This book is available for pre-order on Osnovy Publishing website: https://osnovypublishing.com/en/ukrainian-railroad-ladies/

Osnovy Publishing is an independent publisher in Kyiv, Ukraine, founded in 1992. Osnovy is one of the most important publishing houses in Ukraine. In the 1990s, they published the first Ukrainian translations of world classics, everything from Aristotle to Kerouac. Today they are famous for beautiful books on travel, architecture, and design, such as Soviet Modernism. Brutalism. Post-Modernism. Buildings and Structures in Ukraine 1955-1991 Decommunized: Ukrainian Soviet Mosaic, Balcony Chic, and the Awesome series city guides.

Ukrainian Young Book Design Awards renews the deadlines for applications due to coronavirus quarantine. You can apply for the contest from March 23 to May 10, 2020. The award ceremony postponed indefinitely.

Take care of yourself, do not leave your home without a valid reason, and use this time properly — apply for Ukrainian Young Book Design!

We are accepting works in four categories:

The jury will select one winner in each category. There will also be announced a Grand Prix winner who will receive a cash prize of €500.

Participation in the contest is free of charge.

One participant can submit an unlimited number of applications in different categories. All participants are free to choose any topic for their concepts or illustrations. Submitted works should not be implemented in already existing book projects by the time of submission.

Everyone from 14 to 30 years old, regardless of their specialization, nationality, or country of residence, can participate in the contest.

“You can tell stories through design. We do not restrict our participants in the topics of their works and accept applications from designers from all over the world. We value freedom, and we want to hear stories that people want to tell through design,” says Dmytro Yarynych, managing partner at L/Y (ex Hooga.design).

Serhiy Maydukov, whose various illustrations were published in The New Yorker, The Washington Post, The Guardian, The Financial Times.

Olga Zhuk, the first curator of the Book Arsenal festival (2010 – 2015), headed the cultural diplomacy department of the Ministry of Foreign Affairs of Ukraine, creative director of the Dovzhenko Center.

“We are interested in discovering new names in design and hearing voices not yet heard!” says Anna Kopylova, art director at Osnovy Publishing.

Designers from 12 countries have already become participants in the competition, and you can also join!

To participate, all contestants must be aware of the Terms and Conditions of the contest and submit an online application.

Follow the link to see the winners of the Ukrainian Young Book Design Awards 2019.