This attractive and colourful publication is the ninth annual booklet in a series (2011-20) devoted to the archaeological and historical research of Baturyn, Chernihiv Oblast, Ukraine. The town was one of the capitals of the Cossack state, or Hetmanate, and is remarkable for its glorious and tragic history. This publication is recommended for both scholars and general readers interested in Ukrainian antiquities.

Since 2001, the Canada-Ukraine project for the study of the history and culture of early modern Baturyn has been sponsored by the Canadian Institute of Ukrainian Studies (CIUS) at the University of Alberta, the Pontifical Institute of Mediaeval Studies at the University of Toronto, and the Ucrainica Research Institute in Toronto. This project is affiliated with The Peter Jacyk Centre for Ukrainian Historical Research at CIUS Toronto Office (https://www.ualberta.ca/canadian-institute-of-ukrainian-studies/centres-and-programs/jacyk-centre/baturyn-project.html). Prof. Zenon Kohut, the former director of CIUS and an eminent historian of the Hetmanate, is the founder of the Baturyn project and its academic adviser. Dr. Volodymyr Mezentsev (CIUS) is the project’s executive director. Archaeologist Yurii Sytyi of the National University of “Chernihiv Collegium” heads the archaeological expedition, which is based at this university. It has conducted annual excavations in Baturyn from 1995. 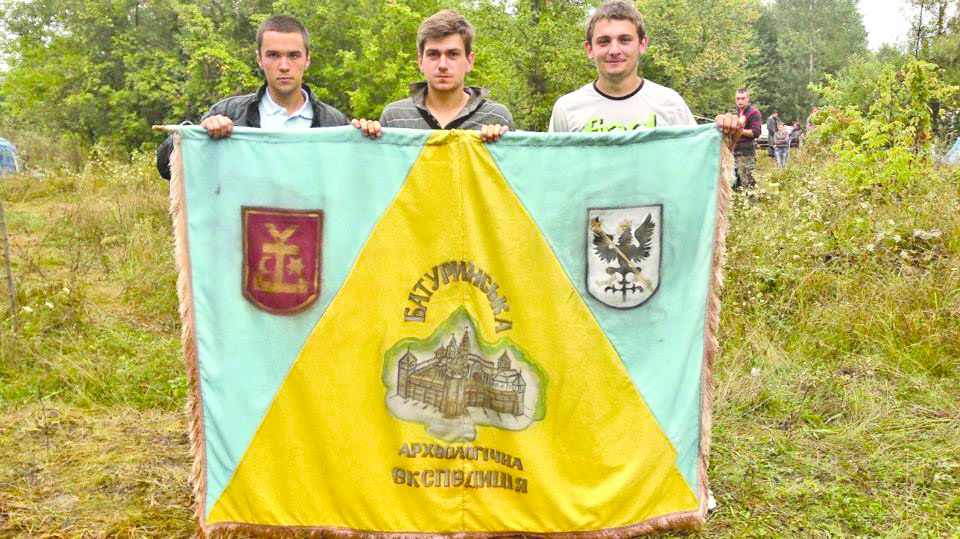 Ukrainian students, participants of the Baturyn Archaeological Expedition with its banner. 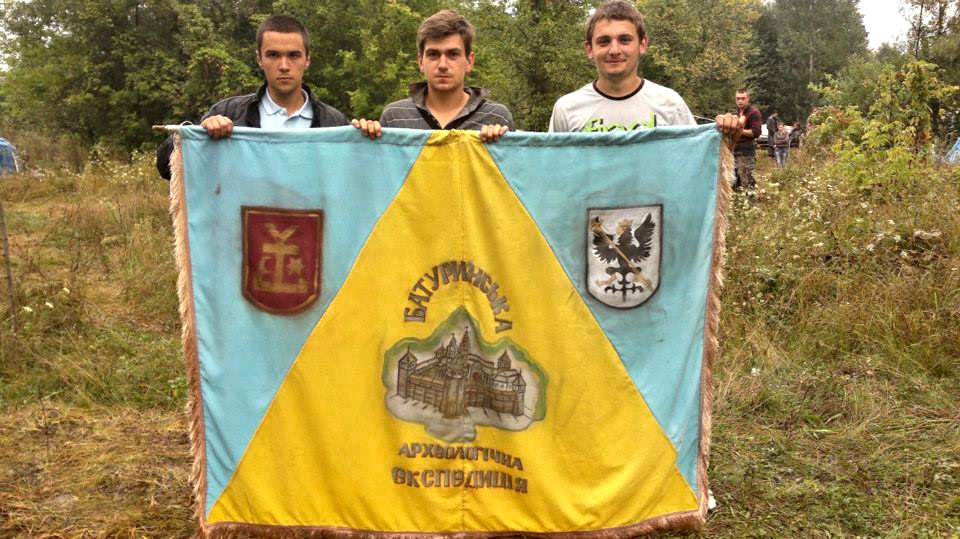 In the light of latest research, the authors of this booklet survey the foundation of Baturyn as an eleventh-century border fortress of the Chernihiv Principality of Kyivan Rus’, its history and material culture during the Polish rule over Left-bank Ukraine, the Khmelnytsky revolution, and the town’s dynamic development as the capital of the Cossack realm from 1669, particularly under the illustrious reign of Hetman Ivan Mazepa (1687-1709). His uprising, in alliance with Sweden, against Moscow’s increasing curtailment of the political autonomy of Cossack Ukraine and the total destruction of the insurgent Baturyn by Russian troops in 1708 has been described.

Tower gate, walls, rampart, and moat of the 17th-century Baturyn citadel, reconstructed on the base of archaeological research in 2008. Photo by V. Mezentsev.

The brochure examines in details the results of the 2018-20 excavations of remnants of an intriguing underground brick tunnel on Mazepa’s estate, the home of his closest assistant, Chancellor General Pylyp Orlyk, and the dwelling of a well-to-do Cossack within the town’s environs which were burned during this onslaught. The investigators present their computer graphic reconstructions and photos of polymer clay replicas of the unearthed broken and burnt ceramic tiles that faced the heating stoves at Mazepa’s palace and Cossack houses of the late seventeenth and early eighteenth centuries. They have graphically recreated the masterful floral ornaments and the uniquely designed coats of arms of both Mazepa and Orlyk depicted on the multicoloured glazed ceramic and plain terracotta plaques found at Orlyk’s home. Also included are graphic reconstructions of the upper façades of two ruined tiled stoves adorned with heraldic emblems of the hetman and his chancellor. These locally manufactured stove revetment tiles from the Cossack elite residences of Mazepa’s capital represent valuable examples of Ukrainian baroque ceramic and heraldic arts.

During the second half of the eighteenth century, Hetman Kyrylo Rozumovsky rebuilt and repopulated the devastated Baturyn. However, the local production of such stove tiles with relief images in the Ukrainian baroque style never recovered in the town after its ravaging by tsarist forces in 1708.

2020 excavations of the remnants of the underground brick tunnel at Mazepa’s manor in Baturyn, ca. 1700. Photo by L. Myronenko

For a recent illustrated article by these authors “Excavations at Baturyn, Ukraine, in 2020 and Reconstructions of the Stove Tiles of the Hetman Capital” please visit: https://www.academia.edu/45093440/Excavations_at_Baturyn_Ukraine_in_2020_and_Reconstructions_of_the_Stove_Tiles_of_the_Hetman_Capital_17_th_18_th_Centuries. Detailed illustrated Ukrainian-language aca¬demic article by V. Mezentsev examening the heraldic stove plaques unearthed at Orlyk’s residence in Baturyn is placed in PDF format in the web¬site “Ivan Mazepa Name” under the following link: http://www.mazepa.name/cms/wp-content/uploads/Hlukh-20-rec-herby.pdf. Brief reports on annual excavations at Baturyn in 2001-20 in English are available online in Canadio-Byzantina, nos. 13-32 (https://uottawa.scholarsportal.info/ottawa/index.php/cb/issue/archive).

The publication of the advertised booklet was funded by the BCU Foundation and the Ucrainica Research Institute. This and earlier brochures of the Baturyn series can be purchased for $10 from the office of the National Executive of the League of Ukrainian Canadians in Toronto (tel.: 416-516-8223, email: [email protected]) and through the CIUS Press in Edmonton (tel.: 780-492-2973, email: [email protected], web: https://www.ciuspress.com/product-category/archaeology/). These booklets can be ordered online from the CIUS Press website.

Researchers of Baturyn in Ukraine and Canada plan to resume excavations there this summer. However, the Ukrainian government may suspend its funding of the field research in this town during the pandemic quarantine. Thus, the continued benevolent support from Ukrainian organizations, foundations, companies, and private benefactors in North America would be most needed to sustain further archaeological explorations of Mazepa’s capital and the publication of its findings this year. Canadian citizens are kindly invited to send their cheques with donations to: Mr. Orest Steciw, President, Ucrainica Research Institute, 9 Plastics Ave., Toronto, ON, Canada M8Z 4B6. Please make your cheques payable to: Ucrainica Research Institute (memo: Baturyn Project).