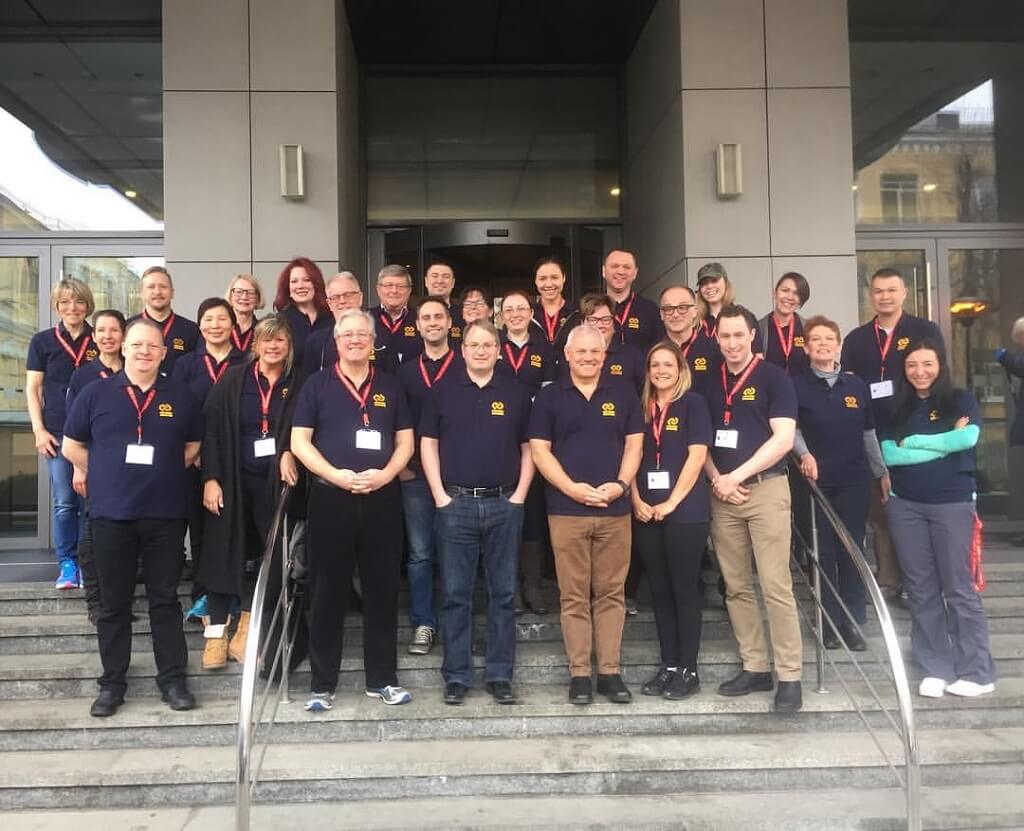 Canada-Ukraine Foundation’s (CUF) medical missions in Ukraine have been widely popularised by Victor Malarek on the CTV’s W5 show. Since 2014, CUF has sponsored four missions and the fifth mission to Ukraine started on February 25, 2017. Within the CUF missions, Canadian surgeons and nurses have completed 244 operations on 137 Ukrainian activists and soldiers wounded during the Maidan revolution in 2014 and the subsequent war in Eastern Ukraine.

Every mission lasts for about one week, during which the Canadians try to help as many patients as humanly possible which means a lot of gruelling work with very little rest. But it is also a very gratifying work as the Canadian medics are curing the patients which have very little hope of being helped in Ukraine because of the limitations of the Ukrainian hospitals. The Canadians mainly accept the most difficult cases that require cranial and facial operations, as well as hand therapy. When the mission comes back, the doctors invite previous patients for checkups. As Victor Hetmanczuk, CUF president, put it, “Our help is impactful on the people and their families because we are changing their quality of life.”

This time, the Canadian mission includes six US military medical professionals, a surgeon and five nurses, who are observing how CUF runs a mission in Ukraine. As Victor Hetmanczuk told us, the US military doctors would like to do orthopaedic master classes in Ukraine. CUF’s mission is showing the American doctors how to interface with the Ukrainian medical military structure to have their own missions in the future.

How did CUF manage to establish such good relations with the Ukrainian side that other parties are using their connections now? “Боже провидіння (God's providence),” said Victor, and provided some details: “The mission started in 2014. In April, 2014, we sent six doctors to Ukraine who toured all over the country and picked the best site to have these operations – the Kyiv Military Hospital. There are military hospitals in Odesa, in Dnipro and in Lviv, but we decided that the best facility was in Kyiv. The military medical structure – because they were treating all the wounded from the front – decided to take the chance. The Kyiv Hospital gave up three operating rooms for a whole week. And as a result of our fruitful cooperation, on the last mission, we left them over $700,000 worth of specialized Stryker medical equipment and two years’ worth of spare parts, which we bought through a federal government grant. We also trained them how to use that equipment. We wanted to upgrade the Hospital’s capacity and the only way we can do that is by leaving them the tools to do the job.”

This year, CUF’s medical mission to Ukraine is the biggest so far: 25 Canadian personnel and six Americans. Victor however noted, “I don’t see us as being able to send large missions continuously, we have to re-evaluate our strategy after we come back home. This kind of large mission is very expensive. We are lucky this time to have 25 cranio-facial surgeons, neuro-surgeons and nurses, both pre-op and post-op. We must scale the missions down. We would like to send teams of 5-6 people to hospitals in Lviv, Odesa, Kharkiv and Dnipro to share our expertise. The Americans are having a videographer on their team who will prepare teaching videos for the Ukrainian side and for the American side.”

CUF is having one more new initiative this year, said Victor Hetmanczuk: “The Ukrainian nurses have seen how our nurses are helping the doctors, and they too wanted to upgrade their skills. After one of the missions, we went to talk to the Registered Nurses of Ontario to see if we could transfer their best practices to Ukraine. There are about 46 best practices that we are using in Ontario to improve nurses skills after they got their degree. While in Ukraine, I will interview 3-4 sites that will take this best practices guidelines program and start training their nurses to upgrade their skills. We hope that this program will ultimately reach 400,000 nurses in Ukraine. We also hope that we will be able to help introduce Canadian standards on PTSD into the nursing curriculum in Ukraine. This way we hope to go from individual help to a significant cultural institutional change in the Ukrainian hospital system.