MaryAnn Mihychuk: My Trip to Ukraine 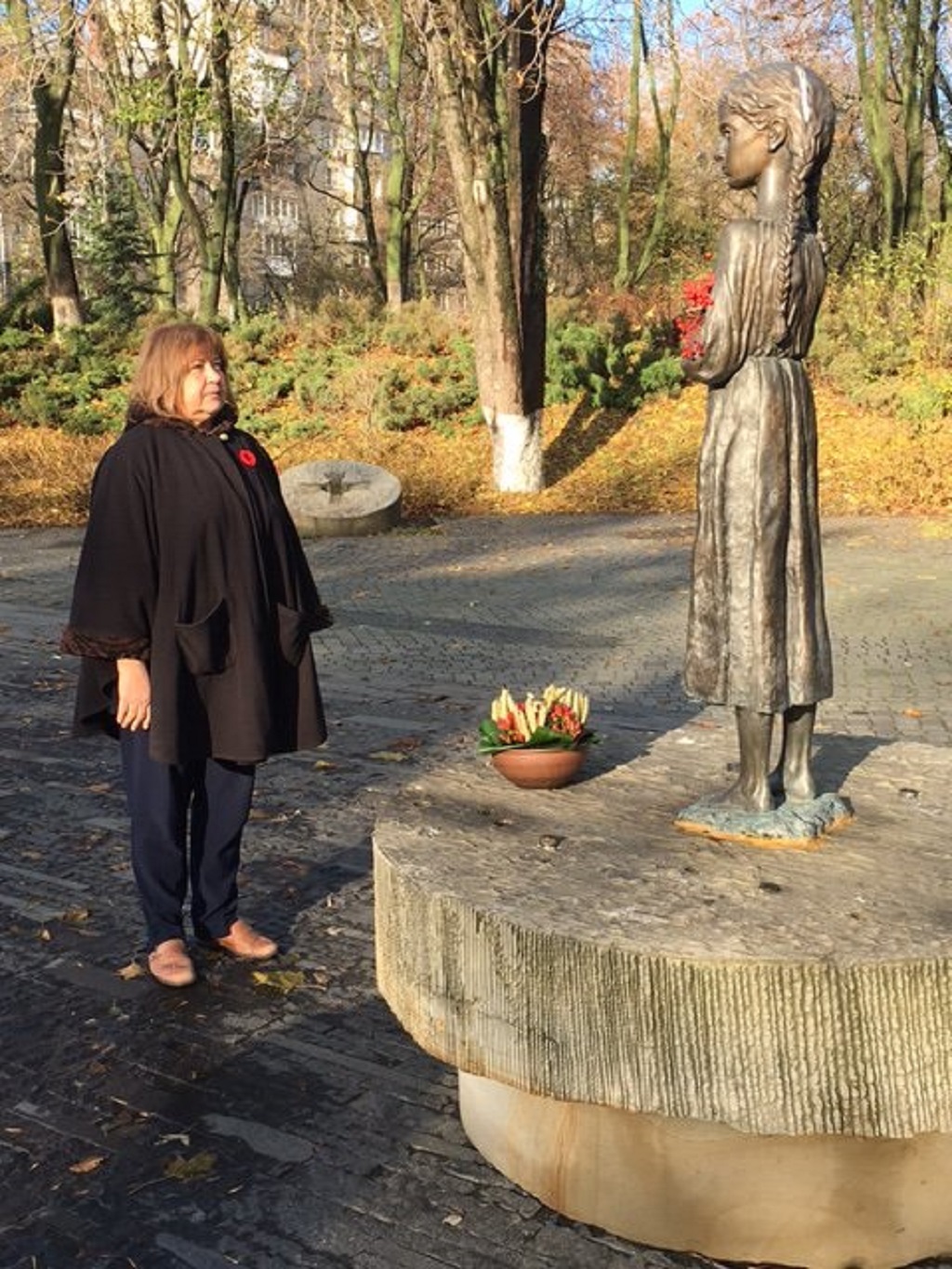 Canadians and Ukrainians have a long and proud history together. This year, Canada celebrates 125 years of Ukrainian immigration. As the proud daughter of a Ukrainian immigrant, I know what a difference Ukrainian – Canadians have made to this country and the importance of the partnership between our countries. Ukrainian immigrants brought their expertise from Eastern Europe to Canadian farms, factories and mines. This November, I had the opportunity to continue that relationship, when I travelled to Ukraine as Canada’s Minister of Employment, Workforce Development and Labour.

Our countries are still partners in the continuing work at the Chornobyl site. The Soviet-operated plant’s nuclear meltdown remains the history’s greatest workplace disaster, with as many as 980,000 people affected by the 1986 tragedy. After achieving independence in 1991, Ukraine has been able to make progress on the safe containment of the nuclear plant.

Canada has lent a lot of scientific expertise and training to Chornobyl’s Safe Contamination Site. Working with the United Nations, this Ukrainian-Canadian partnership has yielded results. High-tech contributions from Canadian engineers and scientists will make Chornobyl safer, and help with the ongoing work at the site.

I also met with members of the Ukrainian Canadian Congress in Kyiv, who connect Canadians with opportunities to contribute to Ukraine’s modernization. For example, my office partnered with provincial and municipal governments, Global Affairs Canada, and private sponsors to help the UCC ship 10 ambulances to Ukraine. This is an incredible example of the strong relationship between our two nations.

Ukraine’s economy has a lot of potential. As a geologist, and I felt at home when I visited the Sosnivskyi Granite Quarry, where a Ukrainian business is making the most of the country’s natural resources. Since independence, Ukraine has opened and modernized. Ukrainians see the potential in their economy and know that becoming closer to their allies in the European Union and Canada will help their economy achieve safe and steady growth.

However, I know the developing economy faces challenges. This is where Canada can help – our extraction sector is the safest in the world. I met with Ukraine’s Minister of Social Policy and Minister of Health to work on proposals adopted from Canada that may work for Ukraine. I also spoke with the UN’s International Labour Organization, business leaders, and non-governmental organizations about how they can contribute to improving worker safety. I believe that having a diversity of voices working together will lead to best practices that work best for Ukrainians.

I was proud to bring my Canadian expertise to Ukraine’s extraction sector. The Canada-Ukraine Free Trade Agreement is the first progressive trade agreement Canada has signed – it includes a labour chapter that will lead to better outcomes for Ukrainian workers. I’m looking forward to hearing similar stories from all sectors of the economy.

My visit concluded with a visit to the Holodomor memorial in Kyiv. I was humbled to stand at the foot of the statue of a starving girl and offer her a bowl of grain. She stands as a reminder of Soviet oppression over Ukraine, and the millions of lives lost to Stalin’s destructive dictatorship.

While I looked at her, I thought about the incredible perseverance of Ukrainians and the hard work that they put into the future. I remembered my parents who, like so many Ukrainian-Canadians, thrived during the long prairie winters. Today, Canada and Ukraine continue to work together to build on our interconnected history. Canada stands with Ukraine, and I’m proud to contribute to building a growing, safe economy for both nations.