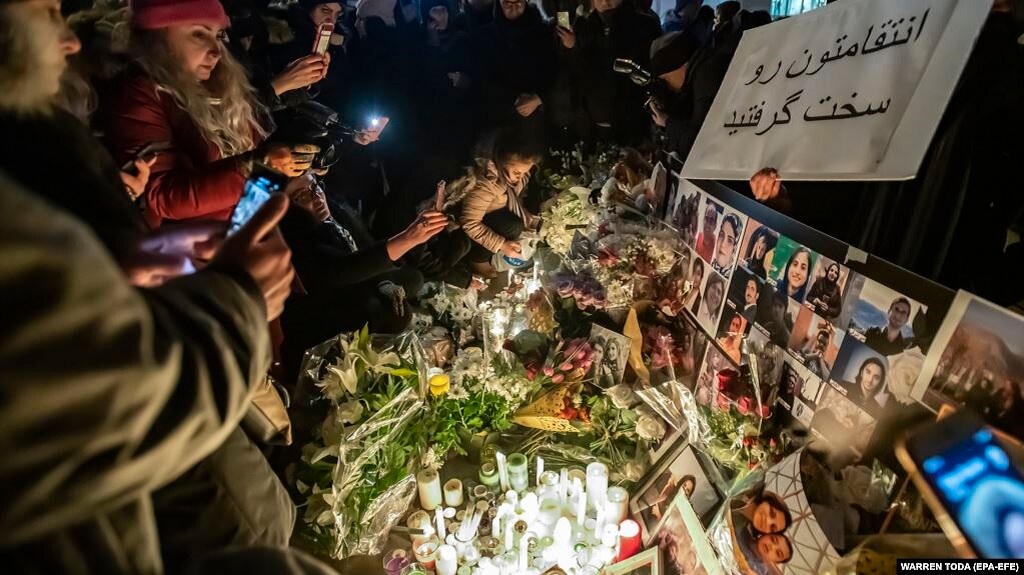 A year ago today (January 8), Iran fired two Russian-made TOR missiles at Ukraine International Airlines (UIA) Flight PS752 just as it took off from Tehran airport, killing all 176 people on board. Of those 176, 138 were connecting in Kyiv to Toronto. This included 57 Canadian citizens. Many of the other 81 were Iranian students studying in Canadian universities, or Iranians who had permanent residency status in Canada, but had not yet obtained citizenship. It was the greatest Canadian disaster since June 23, 1985, when a bomb attack brought down Air India Flight 182, carrying 329 people — most of them Canadian citizens or permanent residents, over the Atlantic Ocean.

As well, 11 Ukrainians, nine of whom were crew members died in the crash. But because it was a Ukrainian plane that was shot down and Ukraine maintained diplomatic relations with Iran, Kyiv had greater access to the site and other information, thus was able to assist Canada considerably. This included efforts to ensure access to the scene of the tragedy for Canadian experts and assistance in dialogue with the Iranian authorities regarding the identification of the bodies of the victims, including Canadian citizens.

At first Iran tried to cover up its actions, claiming the plane had “mechanical problems”. But, as evidence mounted, the country's military on January 11 admitted the Ukrainian plane was shot down “unintentionally” by an antiaircraft missile. Canada, Ukraine and other countries affected by the tragedy demanded compensation for the victims from Iran and a full and transparent investigation.

So, one year later, where do we stand?

On December 15, just as last year was drawing to a close, Prime Minister Justin Trudeau’s special adviser on the destruction of Flight PS752, former Minister Ralph Goodale, issued a report saying that Iran should not be left in charge of the investigation — since it was the actions of the Iranian military that caused the deadly crash in the first place.

“The party responsible for the situation is investigating itself, largely in secret,” Goodale wrote in his report. “That does not inspire confidence or trust.”

“In the circumstances of this case, as known thus far, there are indications of incompetence, recklessness and wanton disregard for innocent human life.”

Goodale added that investigating the crash was “complex and difficult” in part because Canada does not have diplomatic relations with Iran and has identified it in Canadian law as a “state supporter of terrorism.” He said Iran has “not yet been forthcoming” in answering questions posed by Canada — including a key one about the fact that Iran's airspace was left open the night its military forces fired missiles at U.S. locations in Iraq.

Goodale also criticized Iran for the half-year it took to read out the plane's black box flight data recorders — something which is supposed to happen “without delay” after an incident, according to international conventions.

Meanwhile, Foreign Affairs Minister François-Philippe Champagne also raised concerns about the quality of information being offered by the regime in Tehran.

“I will question everything they say because I take nothing at face value,” Champagne told CBC News Network's Power & Politics today. “I have questions because there's too many examples that we've seen where … they have not been forthcoming.”

Then, on December 30, Iran reported that it had created a compensation fund to pay the families of the 176 victims US$150,000 for each victim. This unilateral announcement seems to have caught other nations by surprise and was rapped by both Canada and Ukraine.

Champagne said Iran has not made any formal offers for compensation to him or his counterparts from the four other countries that are in talks about reparations. He added that compensation is only one part of obtaining reparations from Iran for the families, noting another part is getting a full accounting of events that led to the downing of flight PS752.

Ukraine’s foreign ministry also said the compensation amount should be the subject of negotiations, stressing the need for “establishing the causes of the tragedy and bringing those responsible to justice”, adding that it was still waiting for Iran to give it “a draft technical report” on the circumstances of the downing of the aircraft as part of agreements it has failed to fulfil.

And, on New Year’s Day, Iran dropped another bombshell announcing it plans to enrich uranium up to 20 percent at its underground Fordo nuclear facility “as soon as possible,” pushing its program a technical step away from weapons-grade levels. Experts say Iran now has enough low-enriched uranium stockpiled for at least two nuclear weapons, if it chose to pursue them.

All these factors amount to an escalation of danger. There is no question that Iran is a pariah state that must be brought under control. But this can only happen when western democracies are united in their actions. Unfortunately, that has not been the case since U.S. President Donald Trump pulled out of the nuclear deal that saw Iran reducing its nuclear stockpile in return for the easing of sanctions. This set about a course of events that led both to the downing of Flight PS752 and the most recent intensification of its uranium enrichment program. This intensification is intended to put pressure upon U.S. President-elect Joe Biden as he strives to reach a new nuclear deal with Teheran following his January 20 inauguration.

It will be a formidable challenge, but one that must be met and that will entail a return to the international leadership role the United States has played on the world stage since the close of the Second World War – a role that, nevertheless, depends upon cooperation with other western democracies and concerted, united action. The days of the Lone Ranger approach to foreign policy must be brought to a close if Iran is to be made fully accountable for the downing of Flight PS752 and prevented from developing nuclear weapons.