Looking back over Ukraine’s 30 years 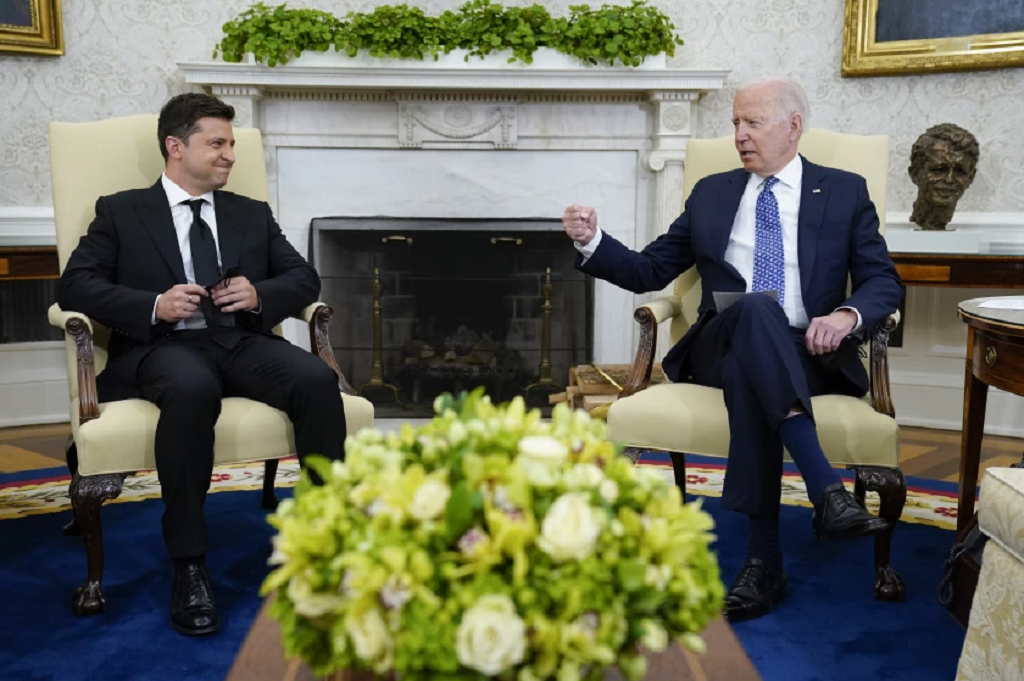 Thirty years ago, this month (December 1, 1991) the people of Ukraine voted overwhelmingly in favour of independence. The referendum was called by the Parliament of Ukraine to confirm the Act of Independence, which was adopted by the Parliament on August 24, 1991. In the referendum, 31,891,742 registered voters (or 84.18% of the electorate) took part, and among them 28,804,071 (or 92.3%) voted “Yes”. This included all regions – even Crimea which voted 54.19% in favour. Support was strongest in the western oblasts, Ivano-Frankivsk topping all others with 98.42% in favour and a 94% turnout.

Some international recognition came quickly. Three countries responded the following day, December 2. First was Poland, followed by Canada and the Russian Soviet Federated Socialist Republic, whose President, Boris Yeltsin, announced it on the evening news. A total of 22 countries had recognized Ukraine by December 24, but it wasn’t until December 25 that U.S. President George H. W. Bush finally decided to recognize the new country. Many more nations were to follow. But by that time the question was already moot. On December 8 the leaders of Ukraine, Belarus and Russia had signed the Belovezh Accords declaring the Union of Soviet Socialist Republics (USSR) as effectively ceasing to exist and establishing the Commonwealth of Independent States (CIS) in its place as a successor entity. The USSR was officially disbanded on December 26.

Those were heady days. Ukrainians in the homeland and abroad were euphoric as centuries of foreign oppression ended in a bloodless manner, even though millions had died both in the struggle for freedom and as a result of countless repressive measures – including the genocidal famine of 1932-33. But the euphoria was short-lived as reality sunk in. The country was impoverished, corruption was endemic and between 1992 and 1994 annual inflation rates reached thousands of percentage points. Intense international pressure forced Ukraine to give up the nuclear weapons it inherited from the USSR in return for pledges from the United States of America, the Russian Federation, and the United Kingdom to respect the independence and sovereignty and the existing borders of Ukraine and to refrain from the threat or use of force against the territorial integrity or political independence of Ukraine. Unfortunately, these pledges were not binding and imposed no legal obligation on its parties to provide military assistance to Ukraine should it be invaded. Thus, the Budapest Memorandum as it came to be known proved to be illusory as the Russian Federation violated Ukraine’s sovereignty and borders with impunity in 2014.

During the last 30 years Ukraine has stumbled forward suffering economic crises, endemic corruption, two revolutions and invasion by a rapacious neighbour. Yet today, it remains a democracy – an imperfect one, but a democracy, nonetheless. Ukraine also strives to break with the Soviet past and exit Russia’s orbit to join the nations of Europe.

It also faces the new year with much trepidation as the Russian Federation has amassed over 90,000 troops along Ukraine’s borders to date. The latest U.S intelligence reports indicate that the Kremlin is planning a multi-front offensive as soon as January involving up to 175,000 troops, according to U.S. officials and documents obtained by The Washington Post.

“The Russian plans call for a military offensive against Ukraine as soon as early 2022 with a scale of forces twice what we saw this past spring during Russia’s snap exercise near Ukraine’s borders,” an administration official told The Post, speaking on the condition of anonymity to discuss sensitive information. “The plans involve extensive movement of 100 battalion tactical groups with an estimated 175,000 personnel, along with armor, artillery and equipment.”

While U.S. President Joe Biden has repeatedly pledged “unwavering support” for Ukraine and has warned Russian President Vladimir Putin he would make it “very, very difficult’ for Russia to attack Ukraine, his words wring hollow in the face of previous actions – namely the retreat on Nord Stream 2 sanctions and on deploying warships in the Black Sea.

For all practical purposes, Ukraine has to face this latest threat on its own. Oh yes, it will get more weapons from the West and maybe more military advisers and trainers. The West will most likely impose stricter sanctions as well. But should a full-scale invasion be launched, it will be Ukrainians who will put their lives on the line to defend their homeland.

We can take some comfort in the fact that Ukraine’s armed forces are now battle-tested, much better trained and ready to take on a much stronger force. They can inflict enough damage on Russian forces to make the cost too heavy for the Kremlin to bear.

As we look back over the past 30 years, the one thing that stands out is the indominable spirit of the Ukrainian people. Centuries of oppression failed to crush that spirit which led to the Declaration of Independence and the Referendum itself. It was this same spirit that prompted the people to rise up against corruption and dictatorship in 2004 and 2014. It will have to be this same spirit that the people of Ukraine must reach out to once again in order to arise and stand up to foreign aggression en masse. As we look to the future, we must put our faith in God and the people of Ukraine themselves as we pray that this indominable spirit will prevail.