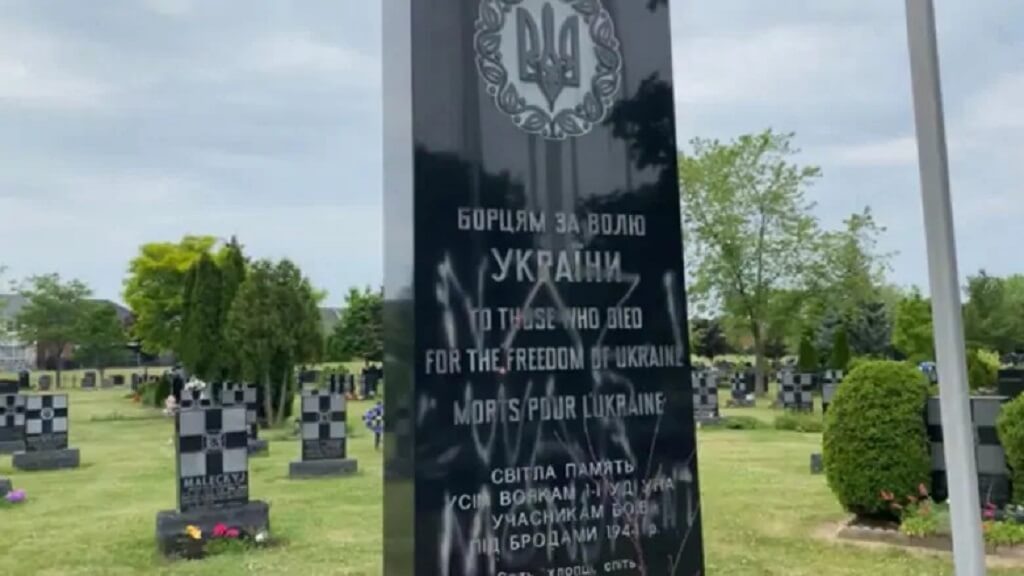 Being a democracy and human rights activists for several decades, I appreciate that choosing to serve people in the capacity of a politician is a noble choice. The significance of the calibre of our representatives has become even more evident as we observe their decline in our neighbour and formerly the greatest bulwark to those threatening democracy in the world. The contrast between Canadian politicians and Trump Republicans has been reassuring to the Canadian public (setting aside the latter’s peril to democracy).

That is why it was particularly jarring to read your less than informed statement, Mr. Mayor, in reference to the spray-painting with a Nazi symbol of a memorial at the St. Volodymyr Ukrainian Cemetery: “”It is personally repugnant to me, I have family who died fighting Nazis,” he said in a statement Friday. “If Ontario laws permitted me to have it removed, it would have been gone 14 years ago.”

Your comment jolted me out of my self-satisfied Canadianism because it echoed the type of comments that President Trump feeds his supporters – historically uninformed and far from judicious.

If you, as a representative of the people, choose to express an opinion about a historical, debated matter surely you ought to become informed on the subject so that you do not misrepresent the issue. Beyond that, what judiciousness did you display by verbally trashing a memorial for freedom fighters who died fighting for the independence of their country which was a captive nation under Russian brutal rule for more than 350 years? That generation of patriots grasped the opportunity that the upheaval of WWII created to cut the noose of Russian slavery (which today’s Russia is intent on reapplying with its violent reoccupation of eastern Ukraine and annexation of Crimea).

As for your implication that these Ukrainian freedom fighters were a tool of Nazi Germany, surely as a Canadian politician you should be aware of the Deschenes Commission (1986) ruling:” Charges of war crimes against members of the Galicia Division have never been substantiated, either in 1950 when they were first preferred, or in 1984 when they were renewed before this commission.” The Deschênes report, was later confirmed by another judicial investigation by the minister of justice in Canada Anne McLellan in1998.

Being a Canadian politician I assume you believe in the rule of law as the basis for our democracy. Since your statement is contradicted by these investigations and their legal rulings, a retraction of your statement would be in order.

Further, of course, an apology to the Ukrainian community, would also serve justice.