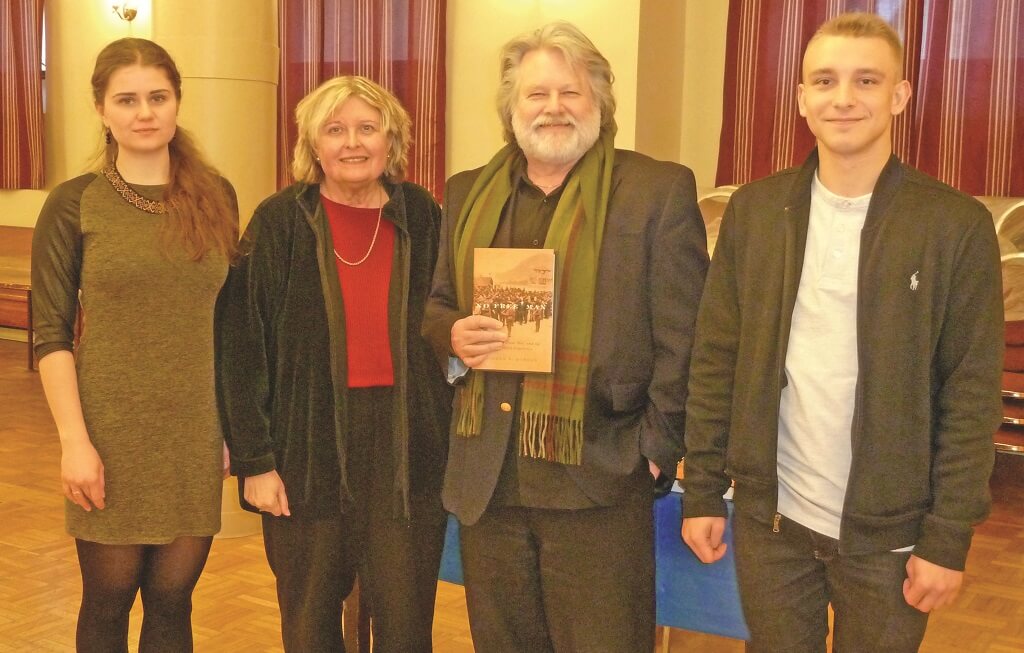 Following an introduction by Kateryna Gordyichuk of MUSA, Prof. Kordan presented a concise overview of how the interment operation and the use of the War Measure’s Act was enforced and had devastating effects on the lives of thousands sent to internment camps. He underscored, “how politics have consequences and how government policies have consequences”. He read parts of his book illustrating the heartbreaking and unjust situations innocent internees faced.

This was followed by many questions from the audience, with Prof. Kordan’s answers providing more information about the tragic effects of Canada’s first internment operations and a reminder for the need to safeguard human rights during any moments of turmoil.

For the Montreal Ukrainian community Prof. Kordan’s presentation was very special since the internment issue has been in the forefront in Quebec for decades with research beginning from the 1970’s. Spirit Lake internment site, 600km north of Montreal, was the second largest of 24 sites in Canada, with the majority of the 1,200 unjustly taken to Spirit Lake for internment being Ukrainians many from the Montreal area. The Spirit Lake internment site was first filmed in the 1970’s for the documentary film “Ukrainians in Quebec 1891-1945”, and later for the documentary “Freedom Had A Price”. Both documentaries continue to be used as an educational resource material for school tours at the award-winning Camp Spirit Lake Internment Centre, open all year to the public and in its seventh year of operation.

Bohdan Kordan’s “No Free Man” is an important contribution in furthering the study and understanding of Canada’s First World War National Internment Operations 1914-20.

Conversation with the author continued during the reception prepared by Zhytynsky Deli, courtesy of UNF, as well as an opportunity for the author’s book-signing of “No Free Man”.