It’s Time to Prepare for a Ukrainian Victory 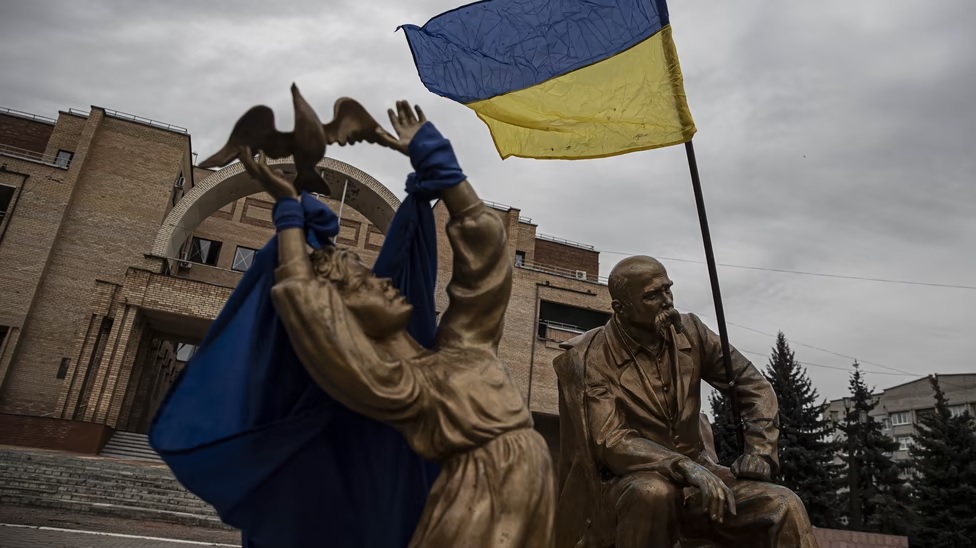 Over the past six days, Ukraine’s armed forces have broken through the Russian lines in the northeastern corner of the country, swept eastward, and liberated town after town in what had been occupied territory. First Balakliya, then Kupyansk, then Izium, a city that sits on major supply routes. These names won’t mean much to a foreign audience, but they are places that have been beyond reach, impossible for Ukrainians to contact for months. Now they have fallen in hours. As I write this, Ukrainian forces are said to be fighting on the outskirts of Donetsk, a city that Russia has occupied since 2014.

Many things about this advance are unexpected, especially the location: For many weeks, the Ukrainians loudly telegraphed their intention to launch a major offensive farther south. The biggest shock is not Ukraine’s tactics but Russia’s response. “What really surprises us,” Lieutenant General Yevhen Moisiuk, the deputy commander in chief of the Ukrainian armed forces, told me in Kyiv yesterday morning, “is that the Russian troops are not fighting back.”

Russian troops are not fighting back. More than that: Offered the choice of fighting or fleeing, many of them appear to be escaping as fast as they can. For several days, soldiers and others have posted photographs of hastily abandoned military vehicles and equipment, as well as videos showing lines of cars, presumably belonging to collaborators, fleeing the occupied territories. A Ukrainian General Staff report said that Russian soldiers were ditching their uniforms, donning civilian clothes, and trying to slip back into Russian territory. The Ukrainian security service has set up a hotline that Russian soldiers can call if they want to surrender, and it has also posted recordings of some of the calls. The fundamental difference between Ukrainian soldiers, who are fighting for their country’s existence, and Russian soldiers, who are fighting for their salary, has finally begun to matter.