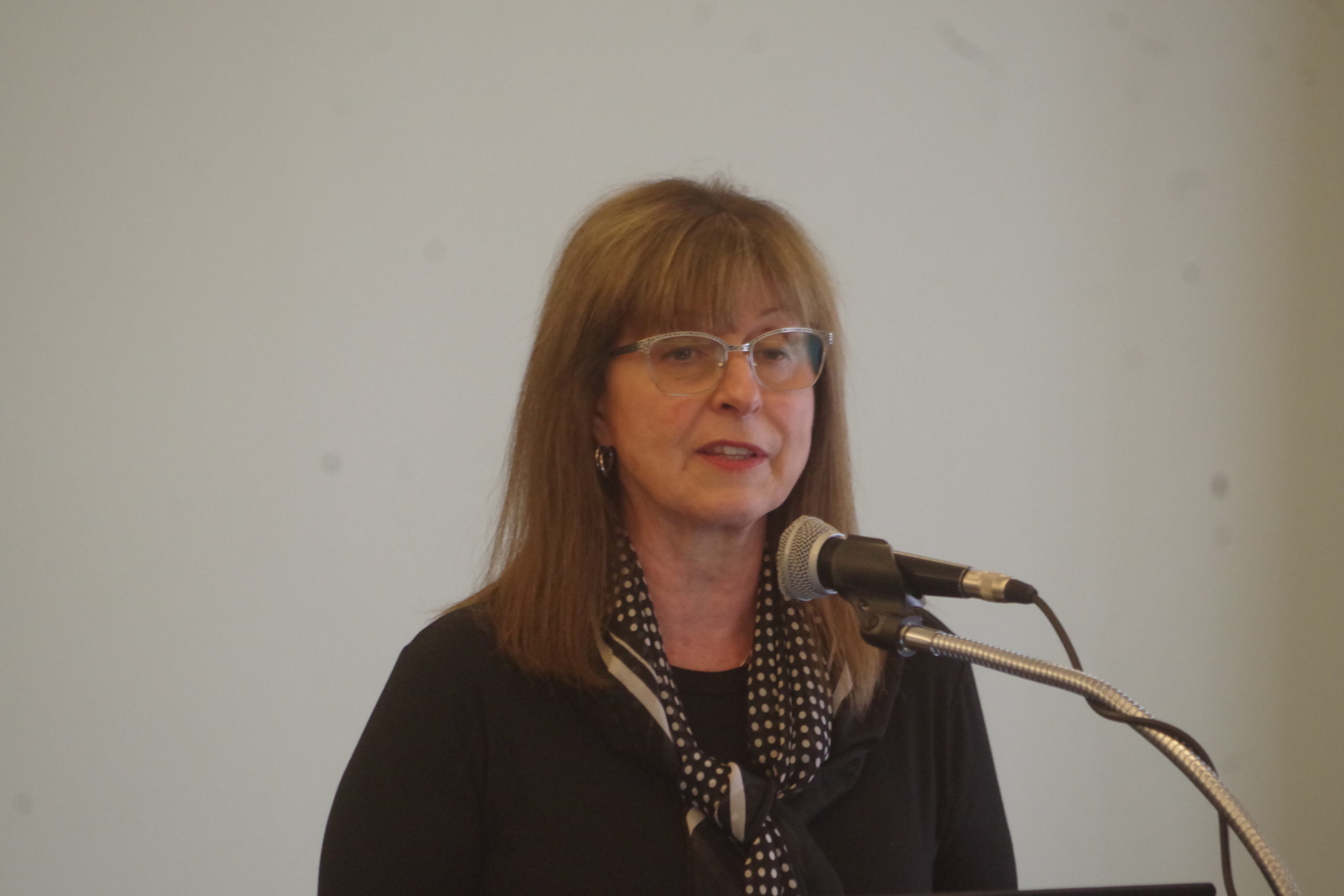 One of the biggest headaches the Ukrainian Canadian Congress has encountered with resettling displaced persons from Ukraine has been the failure of the Department of Immigration, Refugees and Citizenship (IRCC) to understand the natures of the crisis, says its National President.

“For the first month (of the war) despite the evidence of women and children crossing the border they continued to treat this as a visitor’s visa with a work permit attached to it. There was no support for people who have lost their home, who had no access or very little access to funds. Their livelihoods had been disrupted and it took a very long time for them to shift their thinking as to who these displaced persons are,” said Alexandra Chyczij at a breakfast meeting with Edmonton’s Ukrainian community leaders at the Chateau Louis Conference Centre, May 14.

Even now the government is moving “very, very slowly” in dealing with the issue. There have been announcements of federal support, but these aren’t operational yet, she explained

“We still don’t know how to get the $500 a week for six weeks (promised in an April 9 announcement). We call every day, almost by rote, and ask when that will happen and we still don’t know. The free flights are actually donated flights. The government isn’t paying for those.”

Chyczij said that today almost all the EU countries are doing a better job of dealing with this crisis than is Canada.

On the positive side the provinces are stepping up with their assistance, Chyczij said.

She also said that the Canada-Ukraine Foundation, which is working in conjunction with the UCC in delivering humanitarian aid to Ukraine has raised close to $30 million as of this point in time and “our networks were able to get that aid to where it is needed unlike international organizations like UN and Red Cross who were reluctant to go to the places we were going.”

Chyczij noted that one of the biggest failures of Western countries was the failure to arm Ukraine sooner than they did.

“That is part of the naïve belief in the success of diplomacy most notably demonstrated by (French President Emmanuel) Macron” adding that what “was glaring to me at all times was the drawing of red lines and those red lines were moving until it became a red carpet,”

What they failed to understand is that “they were hobbling themselves in drawing those red lines”.

But the game changer came once evidence of Russian war crimes started mounting and being broadcast on television daily.

“In the face of those atrocities the Western leaders decided to worry about their legacy and how they would be classified in history… as the ultimate red line was passed and they failed to act on it.”

She noted that the situation is similar to that after World War II when the UCC helped resettled Ukrainians displaced by that war.

“In many ways we have come full circle. And so many of us who grew up on the stories of our parents and grandparents feel that we have been preparing for this moment all of our lives. Here we are now with welcoming committees for those who are coming from Ukraine.”

Dr. Roman Petryshyn, founding director of the Ukrainian Resource and Development Centre also referred to the post-World War II period noting that the community then “had a very future oriented look” at bringing the third wave of immigrant to Canada and how to integrate them into the community to make it grow.

He suggested a national conference to discuss this issue.

Vegreville community activist Natalia Toroshenko pointed to Newfoundland and Labrador whose government recently brought in 166 refugees on a charter flight as examples for other provinces.

Chyczij said this was organized in order to relieve a labour shortage in that province adding that much of Canada’s resettlement program is aimed a filling labour needs instead of humanitarian concerns.

• Grants for displaced youth to attend cultural heritage programs; and

• Grants to students whose studies in cultural professions was interrupted by the war to continue these in Canada.