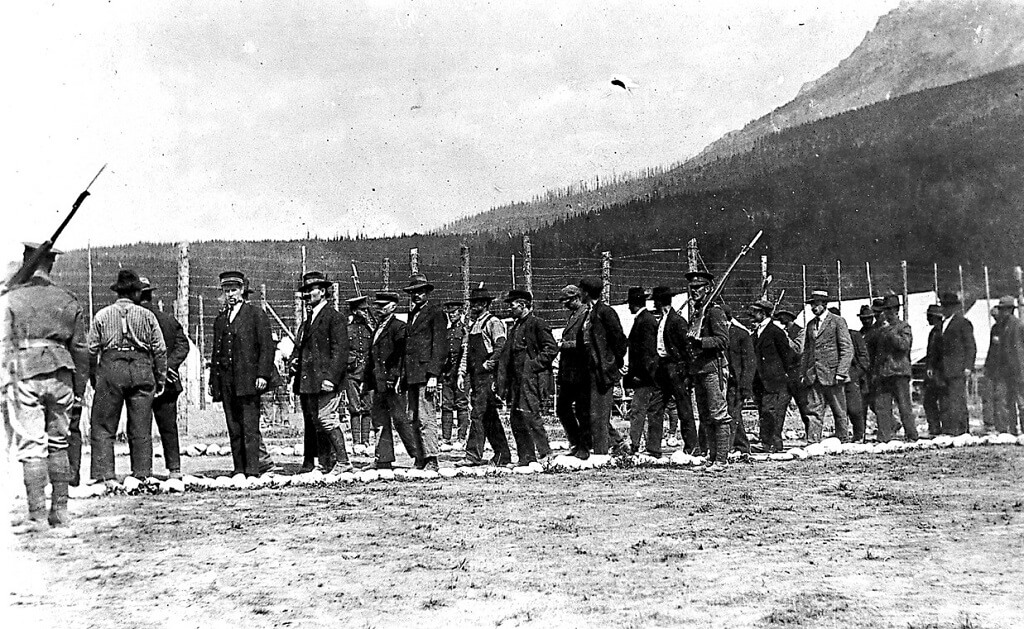 “Those who cannot remember the past are condemned to repeat it.”

Since the May 25 death of George Floyd, a 46-year-old African American at the knee of Derek Chauvin, a white police officer in Minneapolis, Minnesota, protests against racism have erupted not only across the United States, but around the world – Canada included.

On June 1, Prime Minister Justin Trudeau vowed to do more to end racism in Canada, noting that racism is not a uniquely American problem and more must be done in Canada to address systemic inequalities that have long plagued black and Indigenous communities.

“We need to be better in Canada. Even though we’ve made strides forward in the fight against racism and discrimination, racism still exists in Canada,” he said. “To young black Canadians, I hear you when you say you are anxious and angry.”

“Racism has no place in Canada yet is experienced every day by many Canadians who are mistreated because of the colour of their skin and their ethnic background. In this time of pain and grief, we stand in solidarity with those who peacefully protest for the cause of racial justice. We recommit ourselves to work to combat racism and hate. The right of equal treatment before the law and the right to justice are fundamental and inalienable for every human being.

“We must recognize that as a nation, we do not always live up to our highest ideals – but we must strive for them, together. And we must speak out forcefully against racism, intolerance and hatred wherever we see it.

For we recall the words of Dr. Martin Luther King – ‘The ultimate tragedy is not the oppression and cruelty by the bad people but the silence over that by the good people’,” she said.

Though Canadians often feel complacent when it comes to racism, considering our historical treatment of minorities to have been much more tolerant than that of the United States, there are many dark periods in our history that need to be addressed head-on. There is the case of the Indigenous Beothuks of Newfoundland who became extinct by the 19th century. There was Edward Cornwallis, the British governor of colonial Nova Scotia, who offered a bounty for the scalps of any Micmacs, the Indigenous people of that region. There were the Residential Schools, the Chinese Head Tax, the Komagata Maru incident in which 340 Sikhs, 24 Muslims, and 12 Hindus were not allowed entry to Canada, and many more historical examples of racism in Canada.

This includes the 1914-1920 internment of Ukrainian Canadians and other people of East and Central European origin. And the centenary of the end of this act of racist oppression in being commemorated this month.

The commemoration, entitled “Twenty Days of Remembrance” began June 1 and ends on June 20 – the 100th anniversary of the closing of the Internment Operations Branch, commanded by Sir William Dillon Otter.

What is significant to note is that the government of Canada carried out the internment operations aimed at “enemy aliens” against the advice of the British government which urged Canada not to act indiscriminately against subject nationalities of the Austro-Hungarian Empire who were in fact friendly to the British Empire. This is remarkable because, at that time, Canada was not yet an independent nation, but still subject to the United Kingdom. War was declared and warfare conducted under British command. Independence was not to come until the 1931 Statute of Westminster. However, Ottawa took a hard line. These enemy-born citizens were treated as social pariahs, and many lost their employment. Under the 1914 War Measures Act, “aliens of enemy nationality” were compelled to register with authorities. About 70,000 Ukrainians from Austria-Hungary fell under this description. 8,579 males and some women and children were interned by the Canadian Government, including 5,954 Austro-Hungarians, most of whom were probably ethnic Ukrainians.

Ukrainians were singled out because they were considered the lowest of the low. As a clergyman Father Moris stated in Calgary’s Daily Herald on January 27, 1899: “As for the Galicians I have not met a single person in the whole of the North West who is sympathetic to them. They are, from the point of view of civilization, 10 times lower than the Indians. They have not the least idea of sanitation. In their personal habits and acts [they] resemble animals, and even in the streets of Edmonton, when they come to market, men, women, and children, would, if unchecked, turn the place into a common sewer.”

“During the First World War, thousands of Ukrainians and other Europeans found themselves targeted for internment and other repressive measures not because of any wrong they had done but only because of where they had come from, who they were. The crippling legacy of what happened to them would endure and would be detected decades later by an RCMP informant who, in August 1941, told his superiors how some Ukrainian Canadians were still ‘in fear of the barbed wire fence’.”

So why is it important to remember the history of Canada’s internment operations? Because when one is battling injustice in the world, it is important to face up to the dark periods of history and acknowledge them. Perhaps the examples of Germany and Russia are best. Germany faced up to its Nazi past, dealt with it and is now a functioning democracy. Russia never faced up to its historical oppression and acts of genocide and remains a dictatorship, a pariah state to this day. The renowned philosopher, George Santayana, summed it up best:

“Those who cannot remember the past are condemned to repeat it.”