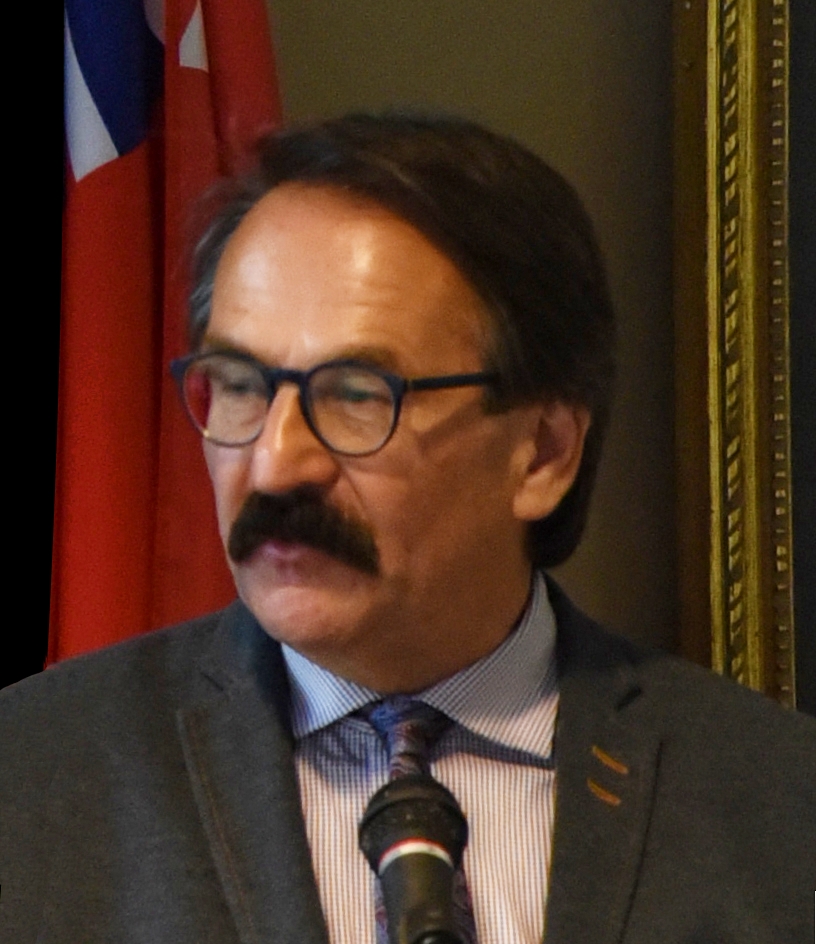 The campaign to obtain redress for the World War I internment of Ukrainian Canadians was all about memory – not money, says a university professor who spearheaded the campaign.

About 4,000 Ukrainian men and some women and children of Austro-Hungarian citizenship were kept in 24 internment camps and related work sites – also known, at the time, as concentration camps. Their savings were confiscated until they were released. Another 80,000 were left at large but were registered as “enemy aliens” and obliged to regularly report to the police.

Speaking at a webinar organized by the Canmore Museum in Alberta, Dr. Lubomyr Luciuk, a professor of Political Geography in the Department of Political Science and Economics at the Royal Military College of Canada in Kingston, and one of the founding members of the Ukrainian Canadian Civil Liberties Association (UCCLA), attributed the direction the redress campaign took to one of the last survivors of the internment, Mary Manko Haskett, who was only a child of six when she was interned with her family at Spirit Lake, Quebec. Her elder sister died there. When her family was released they found that their grocery store in Montreal had been confiscated and they were left without means of support so they returned to Western Ukraine, then under Polish rule. They came back to Canada in 1938 when war in Europe seemed imminent.

Manko Haskett got in touch with Dr. Luciuk after reading an article about Canada’s First National Internment Operations that he had written with fellow professor Dr. Bohdan Kordan for the Globe and Mail. Very little was known about that historic event at that time with government officials saying, “it never happened”. Mary’s own children did not even believe her when she told them about her experiences.

When she met Dr. Luciuk at the outset of the redress campaign, she told him, “Lubomyr. If you’re going to organize a campaign, then that campaign should be about memory – not money”

“To me that was the most important comment on the redress campaign,” said Dr. Luciuk. “This woman who was arrested for no legitimate reason, who watched her sister die at Spirit Lake; whose body was buried there and to this day has not been found; whose family’s income was lost; whose family’s cohesion was destroyed; who were forced to return to the home land because they lost everything in the place they were promised freedom and free land; this woman, this simple woman with grade 11, grade 12 education wasn’t saying ‘Pay me off. Apologize to me’. She was saying ‘No the campaign should be about memory – not money’. She said if what had been done to us had been remembered, then perhaps it would not have been done to other people again during the Second World War and again during the Quebec crisis in 1970. That’s a pretty powerful prescription and with that we began the campaign.

“I’m very proud, frankly, to be a member of a community that did not go grubbing for money, or apologies, but just said ‘remember what happened. Let’s try and learn some lessons from it… let’s put it in the history books’,” said Dr. Luciuk.

The campaign was launched by UCCLA in the mid 1980’s, but it wasn’t until 2008, when UCCLA, now joined by the Ukrainian Canadian Congress (UCC) and the Ukrainian Canadian Foundation of Taras Shevchenko (UCFTS) obtained a redress agreement after negotiating one with then Multiculturalism Minister Jason Kenney, whom Dr. Luciuk described as “a very difficult man to negotiate with”, but fair.

Thus, on May 9, 2008, the Canadian government established a $10 million fund. The Endowment Council of the Canadian First World War Internment Recognition Fund uses the interest earned on that amount to fund projects that commemorate the experience of thousands of Ukrainians and other Europeans interned between 1914–20 and the many others who suffered a suspension of their civil liberties and freedoms. The funds are themselves held in trust by the UCFTS.

Dr. Luciuk also singled out Inky Mark the former MP for Dauphin—Swan River—Marquette, who took up the redress cause, for praise, describing him as “the greatest friend of the Ukrainian Canadian community that I have ever seen”.

Mark sponsored a Private Member’s Bill on redress, and this eventually led to the agreement being finalized under Prime Minister Stephen Harper. Dr. Luciuk attributed this to “Inky’s statesmanship, his hard work, his consistency, his perseverance.”

Dr. Luciuk first came across the internment issue when he was doing research for a Master’s thesis on the political geography of the Ukrainian community in Kingston, Ontario, where he was born.

During the course of his research he interviewed an elderly woman who in turn led him to Mykola Sakaliuk, who had been interned as a forced labourer at Kingston’s Fort Henry.
Dr. Luciuk had never heard about the internment of Ukrainian Canadians and was “dumbfounded” when he heard Sakaliuk’s story. This prompted him to do more research and eventually led to the redress campaign.

Dr. Luciuk attributed the internment operations which lasted until June, 1920, over a year-and-a-half after the war had ended, to a combination of xenophobia and a need for cheap labour. Mostly able-bodied men were interned, but some women and children also chose to join them in some camps. They did so because they had no other choice, explained Dr. Luciuk.

“The women and children who did not go into the camps ended up facing poverty, destitution, social prejudice and, of course many difficulties. And we know there were some deaths and suicides as a result.”

And the men were basically slave labourers.

“They were there behind Canadian barbed wire. They were there under guard. If you attempted to escape, you would be shot. And over 100 people did die in the camps – six of whom were actually shot trying to escape. Others died of physical injuries, mental illness and so on. So, this was a very difficult experience,” said Dr. Luciuk.