Honor the Defenders of Ukraine 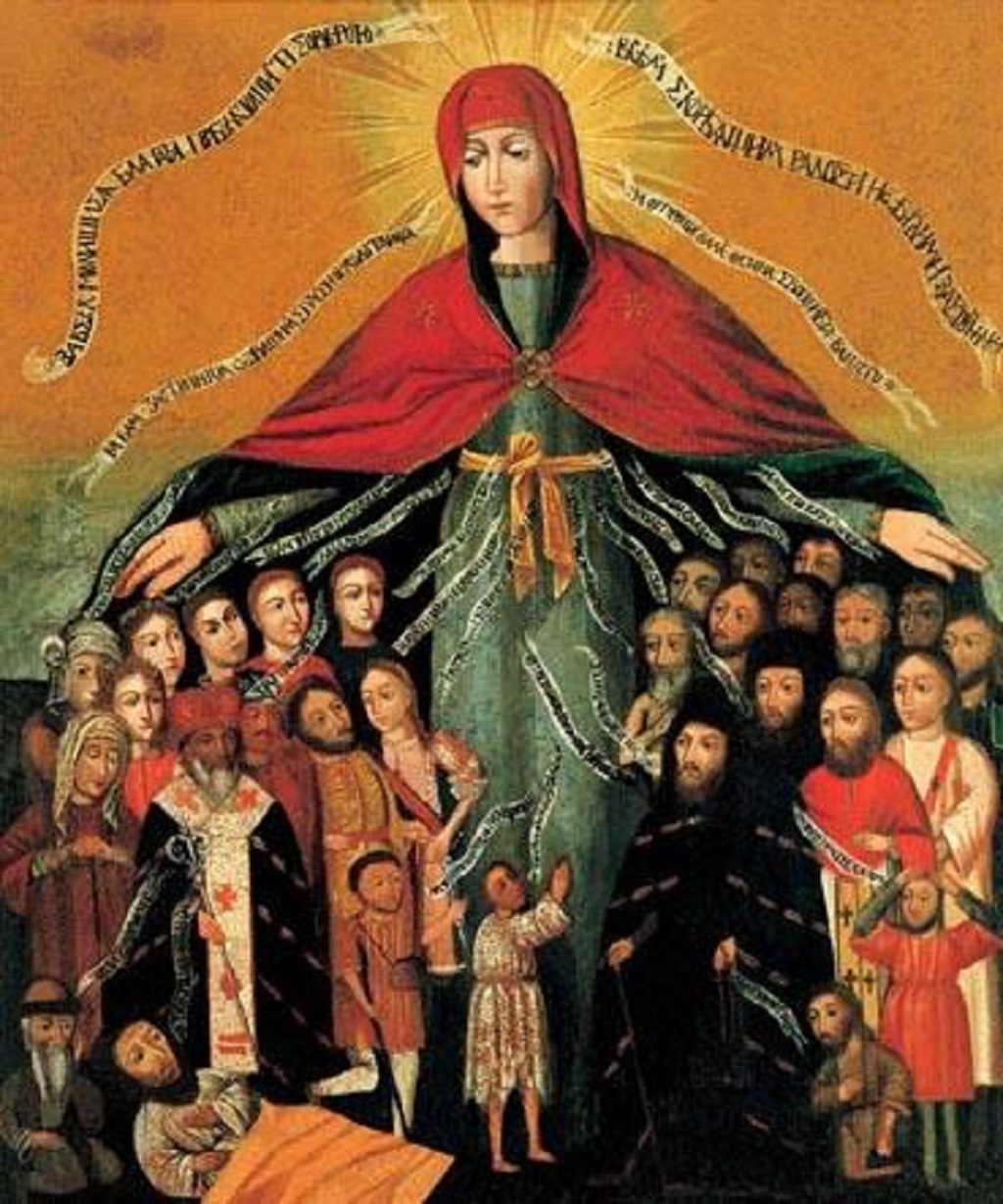 October 14 marks Defenders of Ukraine Day. In Ukraine this is a state holiday which has been celebrated annually since 2015. It was first initiated on October 14, 2014, through a decree by Ukrainian President Petro Poroshenko and replaced the former Soviet holiday called Defender of the Fatherland Day, which was celebrated on February 23. As Poroshenko explained, Ukraine should not celebrate the holidays of the “military-historical calendar of Russia” but “We will honor the defenders of our homeland, not someone else’s”.

However, the tradition of honoring those who fought to defend Ukraine dates back to a much earlier time. Throughout the ages, it was known as “Sviato Pokrovy”, or the “Feast of the Protective Veil”, the “pokrova” or veil, in English, referring to the protecting cover of the Holy Virgin Mary, Mother of God.

According to legend, the army of ancient Rus, led by Prince Askold, laid siege to Constantinople, trying to capture the city. Residents of the Byzantine capital in fervent prayer appealed to the Mother of God for salvation. And the Mother of God appeared before the people and covered them with her veil (omophorion). After that, the enemies could no longer see these people.

This tradition was picked up by the princes of Kyivan Rus’ and later by the Zaporizhian Kozaks who turned October 14 into a holiday and celebrated it since at least the 17th century. They considered the Mother of God (also known as Theotokos) to be their patroness. The kozaks built many churches to the Theotokos and especially revered the icons of the Intercession. One such icon in the National Art Museum of Ukraine shows the Virgin Mary protecting the Ukrainian Kozak Hetman Bohdan Khmelnytsky.

During the Ukrainian War of Independence (1917–1920) the military symbolism of the holiday was adopted by the soldiers of the Ukrainian People’s Army.

And during World War II the Ukrainian Insurgent Army (UPA) who fought both Nazi and Soviet invaders, chose the day of the Intercession of the Theotokos to be the official day of their founding in 1942.

Today, we honour those men and women who continue defending Ukraine against foreign aggression – in this case the Russian invasion which began in 2014. We also remember all those who valiantly fought in defence of Ukraine in the past. We remember the knights of Kyivan Rus’ who defended not only Ukraine, but also all of Europe from Central Asian hordes. We remember the kozaks who defended Ukrainians from the Turks and Tatars, then sought to liberate Ukraine first from Polish occupation, then the Muscovite yoke. We remember the Sich Riflemen and other soldiers who fought to establish an independent state after World War I. And we remember the UPA who fought both Nazi and Soviet invaders.

But as we remember the defenders of the past and honor the defenders of today it is important to stress that the key word here is defenders. Unless one wants to go back over 1,000 years in history to the pre-Christian era and the reign of Sviatoslav the Conqueror, Ukrainians have not had any imperial pretentions, but fought only to protect their own land and their own people from foreign invaders. This is a critical point.

Enemies of Ukraine, especially the Russians, have constantly tried to besmirch the reputation of Ukrainian freedom fighters. Hetman Ivan Mazepa who tried to break free of Moscow’s control was branded a disgraceful traitor and an anathema, which remains to this day, was placed upon him by the Russian Orthodox Church. The Sich Riflemen and others who fought for independence during 1917-1921 were branded “bourgeois nationalists”. And the UPA fighters were branded “Nazis” despite the fact they fought against the Nazis. And this same label is arbitrarily applied to today’s volunteers who defend Ukraine against Russian aggression in Donbas.

Russians are experts at disseminating disinformation and that, unfortunately, is something our community continues to struggle with. Which is why it is important to honour the defenders of Ukraine and celebrate October 14. But in doing so we must make our own community and others aware of the true nature of Ukraine’s historic struggles for freedom. It is important to understand that defenders of Ukraine are defenders – not aggressors. All that the people of Ukraine have desired throughout the centuries is self-determination. That is the right to determine their own destiny, the right to choose their own political status and the right to determine their own form of economic, cultural and social development.

To fight for such a right is to fight for a noble cause and that is why we honor all those heroes of the past, the present and the future. So let Ukrainians of all faiths and beliefs gather around our protectors like a veil. Let us celebrate this holiday and let us spread the truth about our struggles for freedom and self-determination so that the rest of the world can know the real story.

Glory to Ukraine. Glory to Our Heroes.