Gorbachev leaves behind a mixed legacy 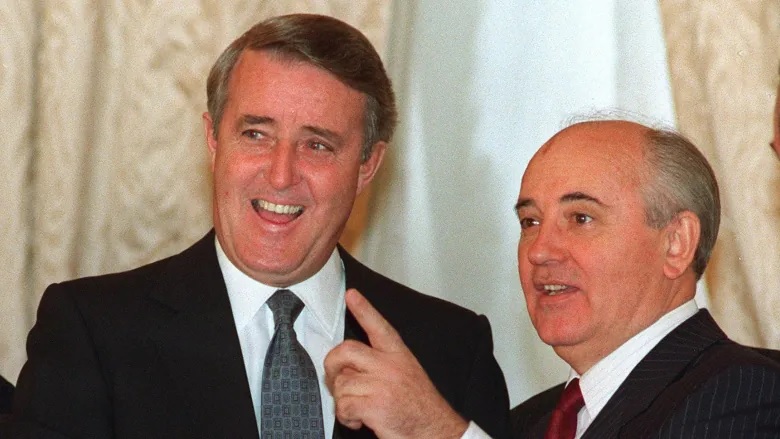 Russian dictator Vladimir Putin, who has called the collapse of the Soviet Union the “worst catastrophe” of the 20th century, expressed condolences to the family through his spokesperson, Dmitry Peskov, but snubbed Gorbachev by denying him a state funeral. Russian hard-liners were quick to condemn Gorbachev. Igor Girkin, a former colonel in Russian intelligence and previous commander for the Russian-backed separatists in eastern Ukraine, wrote on Telegram that Gorbachev was a “traitor” who deserved “eternal shame.”

For Ukrainians, his legacy has both positives and negatives.

On the positive side, he initiated the policies of Glasnost (openness) and Perestroika (restructuring, Perebudova in Ukrainian). As often happens when dictatorships begin to loosen up, little openings can unleash the forces that release the floodgates to a tsunami of pent-up frustrations caused in this case by the brutal Russian oppression suffered for decades in some countries and centuries in others. First the Central European satellites broke the chains, then the USSR itself began to disintegrate. When hardline Communists felt things had gone too far, they initiated a coup on August 19, 1991 and removed Gorbachev from power. The coup turned into a drunken comedy of errors and the even more liberal reformer, Boris Yeltsin, President of the Russian Federation, emerged on top. On August 24 the Parliament of the Ukrainian Soviet Socialist Republic, the Verkhovna Rada, declared independence subject to a referendum. On December 1, 1991, 91 per cent of Ukrainians voted for independence with majorities in every single region including Crimea. A week later Yeltsin, Ukrainian President Leonid Kravchuk and Belarusian President Stanislav Shushkevich met in Belarus where they signed the Belovezha Accords. These declared that the Soviet Union had ceased to exist “as a subject of international law and geopolitical reality.” It repudiated the 1922 union treaty that established the Soviet Union and established the Commonwealth of Independent States (CIS) in the Union’s place.

On the negative side Gorbachev had stalled in telling the world about the Chornobyl nuclear disaster in 1986, exposing countless Ukrainians to deadly radiation. This, however, did lead to Glasnost.

He also opposed Ukrainian independence, preferring instead a new Soviet Union which would respect the autonomy of the republics. Gorbachev’s problem was that he still believed in the Soviet system. He didn’t want to destroy it, but to reform it and preserve it — to establish “socialism with a human face”. But this was a pipedream. The USSR was rotten to the core and could not be reformed. It simply had to be destroyed.

Yet another negative was his support for Putin’s annexation of Crimea in 2014. 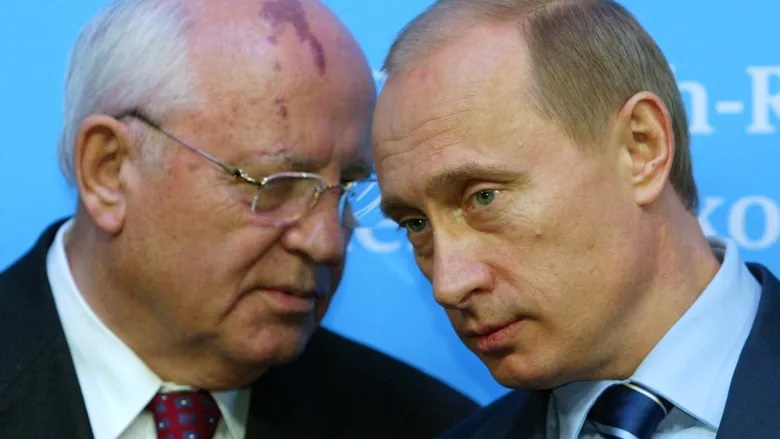 He made no public comments about the current all-out invasion, but according to Pavel Palazhchenko, who worked with him for 37 years and spoke to him a few weeks ago by phone said he and others had been struck by how traumatised Gorbachev was by events in Ukraine.

“It’s not just the (special military) operation that started on Feb. 24, but the entire evolution of relations between Russia and Ukraine over the past years that was really, really a big blow to him. It really crushed him emotionally and psychologically,” Palazhchenko told Reuters in an interview. Being half Russian and half Ukrainian (on his mother’s side), Gorbachev actually believed in the fraternity of the two nationalities. He was also a Holodomor survivor. He was born on March 2, 1931, in the small village of Privolnoye, in the primarily Ukrainian Kuban region of Russia. Gorbachev was two years old when Stalin’s genocidal famine hit the region. A third to a half of the population of Privolnoye died of hunger. “Entire families were dying, and the half-ruined ownerless huts would remain deserted for years,” he remembered.

But it wasn’t Gorbachev who drew the final curtain on the USSR – it was Yeltsin. Yeltsin tried to turn Russia away from its despotic past and create a democratic state, but unfortunately, he failed due to his own alcoholism and corruption. And it was his corruption which prompted him to sell his soul to the devil. And that’s exactly what it was. Boris Yeltsin made a deal with Vladimir Putin to make Putin his successor in return for immunity for all his crimes.

In the final analysis, Gorbachev can be best compared to the protagonist in a Greek tragedy – a moral person with a fatal flaw that destroys him. He was basically a decent man (no doubt due to the Ukrainian half of his heritage) trying to rule a country where all historic rulers have considered human decency to be a terminal disease. And he was naïve enough to believe that the USSR and Russia could actually be reformed. Nevertheless, he set in motion the events that eventually led to the fall of the “Evil Empire” and opened the door to independence for the individual Soviet republics like Ukraine. For that he deserves a place in history that recognizes both his accomplishments and his failings.