“Changing Tides”: An Evening Out With the PJEF

On July 18, 2014 the Petro Jacyk Education Foundation had their “Changing Tides” Fundraiser for the Petro Jacyk Post-Doctoral Fellowship in Ukrainian Politics, Culture and Society. The funds raised will be given to the University of Toronto in support of future scholars of Ukrainian studies.
Among the hustle and bustle of a sold out crowd at the Royal Canadian Yacht Club on Toronto Island there was serious talk about the events happening in Ukraine. The most exciting part of the evening came with a panel discussion led by award-winning broadcast journalist, Victor Malarek, and directed towards influential figures in the issues of Ukraine today: Professor Mychailo Wynnyckyj (Associate Professor at the National University of “Kyiv-Mohyla” Academy and the voice of the Maidan Revolution to many Canadians) and the Honourable Chris Alexander (Canada’s Minister of Citizenship and Immigration).
The questions during the panel discussion surrounded the current international situation after the downing of Malaysian Flight 17 and the circumstances of Ukraine. M. Wynnyckyj began his talk by apologizing to the audience for his latest blog where he stated that the Diaspora is not understanding the emotional straights of Ukrainians over the war in the east. “I was not sampling the right people” is what he concluded. He also spoke about the advantages of having a powerful Ukrainian Diaspora (especially the one in Canada) which has “been instrumental in getting the word out” about the war. However, he did advise that Ukrainians in and outside of Ukraine should start thinking in the long term: “Let’s get used to the fact that this is a long term [problem]. Ukraine, like Israel…has been living against an existential threat…[Israel] hasn’t been doing bad…because it has a moral, financial, primarily moral support from its Diaspora community.” This is where the Diaspora’s is to be placed in Ukraine’s history: we must stand united and support Ukraine – not only during this time of war but also years down the line when it will, hopefully, be a prosperous and peaceful nation.
Wynnyckyj goes further to say that although the downing of Malyasian Flight 17 was a horrible tragedy, we know who to blame for it. The only thing that has really changed after this is that “no one will ever ask again whether it is legitimate for the Diaspora to support Ukraine…no one will ever question anyone about the legitimacy of Ukraine as a national entity…with its own right to exist.”
For the other panelist, Hon. C. Alexander, the questions surrounded Canada’s role in supporting Ukraine and the international community’s inability to act aggressively enough towards Russia. Alexander pointed out that there were muffled responses because “they are seeing things through an economic lense.” However, the Malaysian disaster “does change the game and has brought everyone around the world to take a deep breath and realize that it is not just rhetoric to say that [Russia] is a new threat…to the world as a whole.” He also admitted that sanctions do not work all the time, they certainly have not impeded Putin’s delusions in Ukraine. However, “sanctions with military support, sanctions with an energy policy for Europe…that help reduce Ukrainian and European reliance on Russian energy” would be very effective. Canada’s visa regime for instance will take time to change however, it cannot be denied that Canada’s visa services in Kyiv are “the best anywhere in the world because [they] have a full service immigration and visa” department. At the end of the day, Canada wants Ukraine to succeed; it wants “to liberalize trade…[and] we do want to accelerate Ukraine’s integration with all of us”.
The most important moment of the evening came when the Immigration Minister proclaimed that “military support will be a part” of Canada’s future involvement with Ukraine. However, Canada has “to choose the right form for that, [they] have to choose an area where [it] can add value, [and…]the right way that it remains Ukraine’s fight, that [Canada] is empowering Ukraine….More importantly, [Canada] wants to make Ukraine a success…[and] there’s a lot more to do to unleash the potential of the Ukrainian economy.”
The panel ended with a positive message from M. Wynnyckyj who has seen not only death during the Revolution but also the impact of the war on Kyiv. Although there are many stresses and traumas that come along with war (and Revolution), this stress is dealt with when the “people are coming back as heroes…Their sacrifice [is seen] as not being in vein.” They are awarded for their courage, and their sacrifice and their actions are not forgotten. The most that we here in Canada can do is “create a global Ukrainian community that is fighting against evil.” Only in this way can Ukraine become a strong, independent country that is capable of standing up to its bigger (sometimes nastier) neighbour.

The evening ended off with Nadia Jacyk, the President of the PJEF, thanking everyone who attended and helped organize and fund-raise for the event. She pointed out that one “must look at the results when considering to support a charitable organization. The name should be secondary, to the objectives and accomplishments of the organization itself.” And the PJEF has done that: for years, it has supported the academic pursuits of scholars in Ukrainian studies and has been an influential agent in the promotion of Ukrainian history, politics and culture. 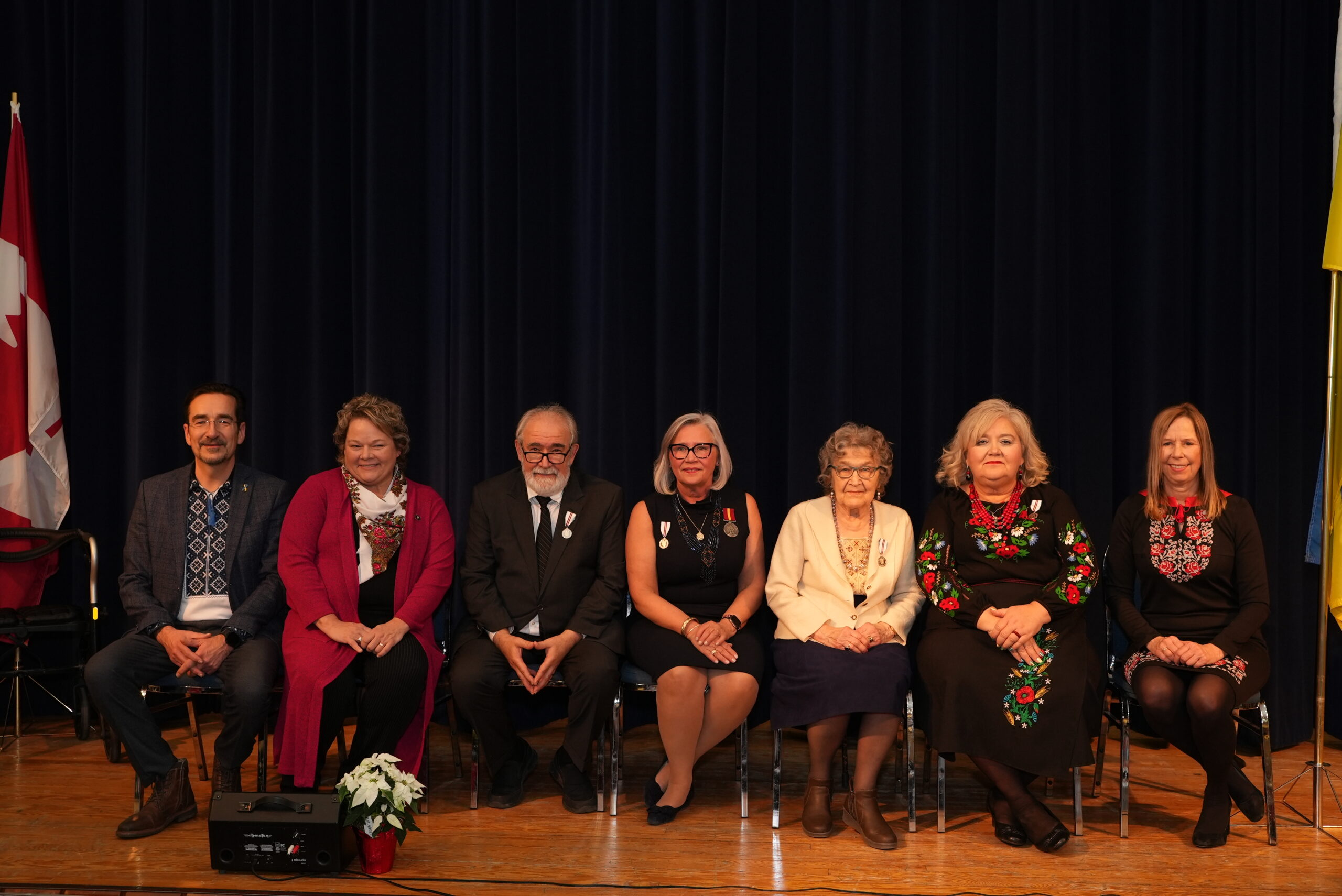 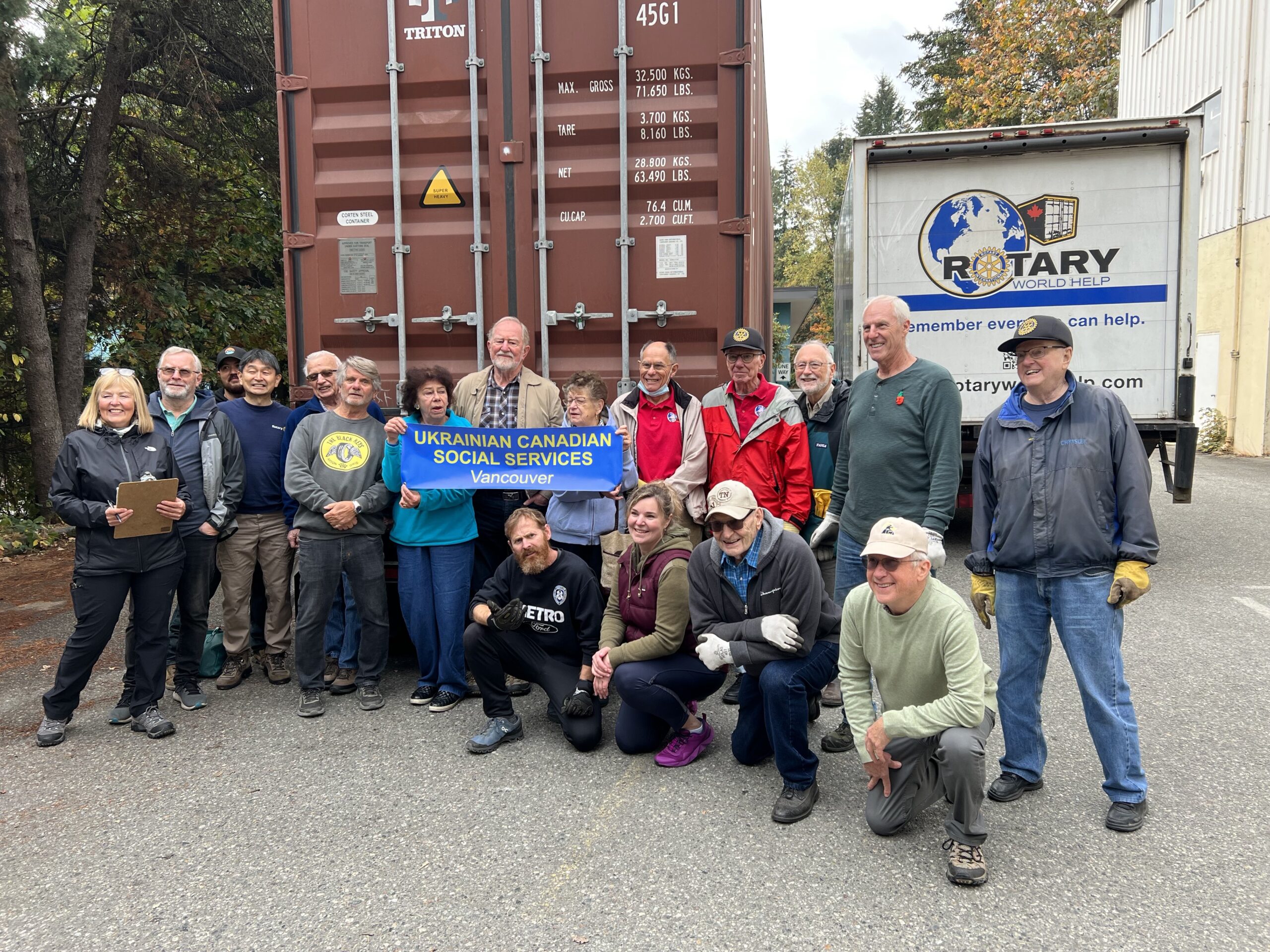