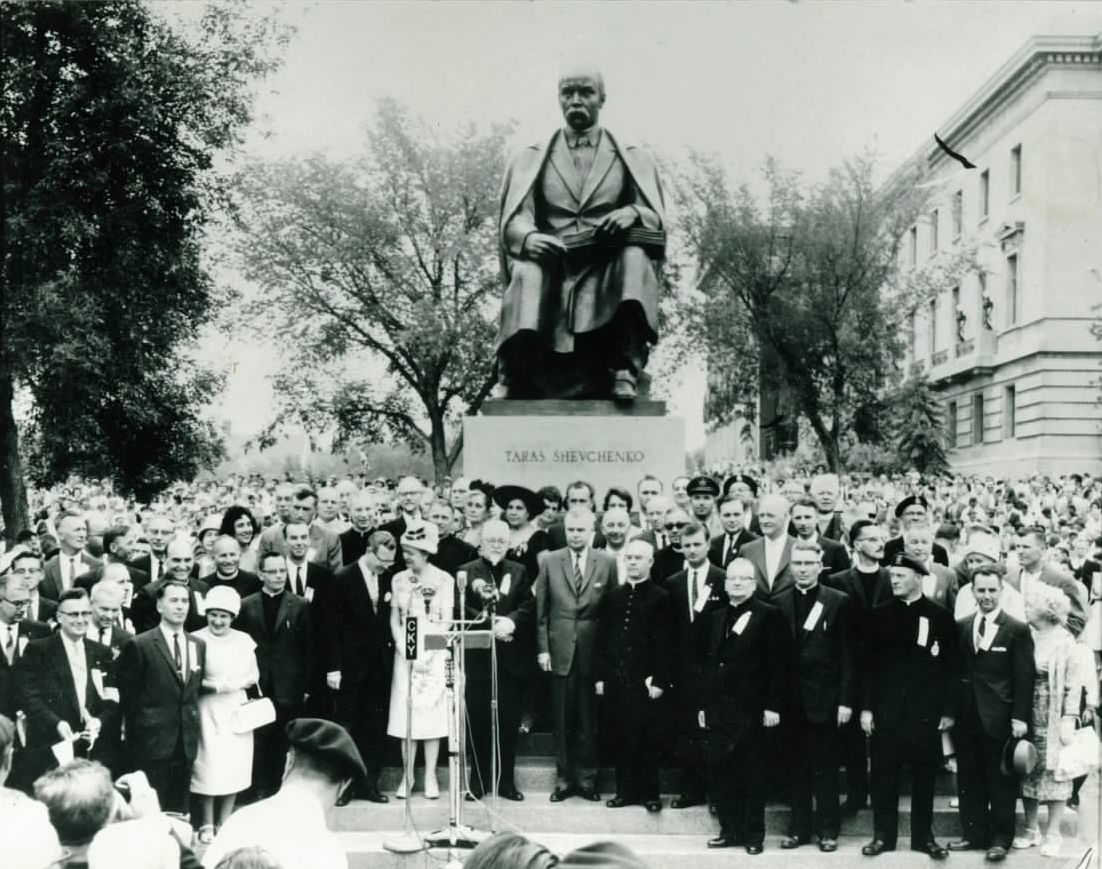 Every year, around March 9 (the date of his birth in 1814) and March 10 (the date of his death in 1861), Ukrainians throughout the world celebrate the life and legacy of Ukraine’s National Bard, Taras Shevchenko. Several events are held in his honour at this time, the most common being concerts featuring his poems set to music with recitations and short dramatizations added for good measure. But there are also other commemorations such as lectures in his name and so on.

This year, however, the celebrations are much different. Due to the Covid pandemic, in-person concerts and lectures cannot be held, although some events will be held online. Some groups, like the Ukrainian Male Chorus of Edmonton, are preparing virtual performances of selected material.

Nevertheless, lockdown or no lockdown, it is fitting at this time of year to reflect upon the man, his work, and the legacy he left behind. Best known as a poet, Shevchenko was also a writer, artist, public and political figure, as well as folklorist and ethnographer. His literary heritage is regarded to be the foundation of modern Ukrainian literature and, to a large extent, the modern Ukrainian language. Shevchenko is also known for many masterpieces as a painter and an illustrator.

In last year’s editorial, we focussed on his global legacy. This year, we wish to address his lasting influence on the Ukrainian diaspora in Canada. Two years after his death in 1861, Shevchenko’s works were banned in the Russian Empire as publication in the Ukrainian language was forbidden under the Valuev Circular and later the Ems Ukaz, but they survived and flourished in Halychyna, then under Austrian rule. So popular was Shevchenko that almost all the early Ukrainian pioneers to Canada brought a copy of the Kobzar among their meagre possessions with them to the new land. Soon Ukrainian communities right across the country began celebrating his anniversaries with concerts and other events. Veneration of Shevchenko was universal and cut across the entire gamut of political opinion in a community that was severely fragmented. This fragmentation became even more acute following the unsuccessful 1917-1921 struggle for independence. On the one side were those former socialists who pledged loyalty to the newly-created Ukrainian Soviet Socialist Republic and embraced the Communist ideology that came with it. One the other side were Catholics, Orthodox, supporters of the Ukrainian People’s Republic, supporters of the 1918 Hetmanate, Nationalists, Liberals, Conservatives, Social Democrats and others, divided by denomination and ideology, but united in their desire to free Ukraine of the Soviet yoke. Within the Soviet Union Shevchenko’s works were revived but distorted to emphasize the class struggle aspect of his poetry while downplaying its national consciousness and this was the interpretation adopted by the pro-Communists.

From the 1920s to the early 1950s, the pro-Communists enjoyed much support among Ukrainian Canadians, largely due to the discrimination and economic hardships the early pioneers suffered and the highly successful Soviet disinformation campaign which painted a rosy picture of life in the USSR while covering up the massive genocide perpetrated by Josef Stalin against the people of Ukraine through the Holodomor, purges and other crimes against humanity.

It was the pro-Communist Association of United Ukrainian Canadians that managed to erect the first monument to Taras Shevchenko in Canada, but they didn’t do it on their own. The costs of creating the monument and transporting it from the USSR to Canada were covered by the Ukrainian Society for Cultural Relations with Foreign Countries. It was unveiled at the AUUC’s property at Palermo, Ontario (now part of Oakville) on July 1, 1951 attended by a crowd estimated by the AUUC press at 45,000. In his book “The Shattered Illusion”, former Communist John Kolasky, who rejected that ideology after witnessing first-hand the repression in, and Russification of Soviet Ukraine, called it “the zenith of Ukrainian pro-Communist influence in Canada”. It was only five years later, when Nikita Khrushchev exposed the truth about some of Stalin’s crimes (namely the ones against other Communists), that the AUUC began a steady decline in membership from which it never recovered. As for the monument itself, it was chopped up by robbers in 2006 and sold for scrap metal. The head was recovered from a foundry in Burlington, Ontario and is now displayed at the Shevchenko Museum in Toronto.

In 1959, the anti-Soviet Ukrainian Canadian organizations, which in 1940 had united under the umbrella of the Ukrainian Canadian Committee (now Congress), embarked on a campaign to place a monument to Shevchenko on the grounds of the Manitoba Legislature. Thousands of people from across Canada donated money for this endeavour – raising $175,000 in total. Two years later, on July 9, 1961 nearly 50,000 (according to historian Michael Marunchak) Ukrainian Canadians from across the country gathered in Winnipeg to witness Prime Minister John G. Diefenbaker officially unveil the monument. In his address Diefenbaker stated: “As a poet he not only enriched the literature of his people but inspired them with new hope for freedom. What he sought for them, he sought no less for the oppressed everywhere in the world.” Among the dignitaries attending the ceremony were Manitoba Premier Duff Roblin, Federal Labour Minister Michael Starr, Federal Veterans Affairs Minister Gordon Churchill, Lieutenant Governor Errick Willis, University of Manitoba President Hugh Saunderson, Winnipeg Alderman Slaw Rebchuk, UCC President Monseigneur Wasyl Kushnir, Ukrainian Orthodox Metropolitan Ilarion Ohienko, and Ukrainian Catholic Metropolitan Archbishop Maxim Hermaniuk. Even after more than half a century this monument continues to serve as a gathering place to mark important dates in Ukrainian Canadian history. (Ironically, this monument was not designed by Winnipeg sculptor Leo Mol, who designed both the Washington D.C. monument unveiled in 1964 and the one in Ottawa, unveiled in 2011, two years after his death.)

The fundraising for this monumental project led to a surplus of $30,000 ($265,000 in today’s money), which was invested into an endowment fund dedicated to the preservation and development of Ukrainian culture in Canada – the Ukrainian Canadian Foundation of Taras Shevchenko. As of 2020 the Shevchenko Foundation’s investments totalled $36.9 million with $1.2 million having been paid out in grants last year.

So, the legacy of Taras Shevchenko lives on in Canada, both in the contributions to our community development made in his name, and the work he left behind. His poetry touched a raw nerve in the Ukrainian psyche as he extorted his countrymen to “break off your chains” and “sprinkle your freedom with evil enemy blood”. It served as an inspiration for many generations of nationally conscious Ukrainians in the past, continues to do so in the present and will continue likewise in the future.

That is why Shevchenko’s life and work is celebrated every March. It is not only a celebration of the man himself, but a celebration of everything he stood for – the elusive dream of a free, independent, democratic, prosperous and egalitarian Ukraine.