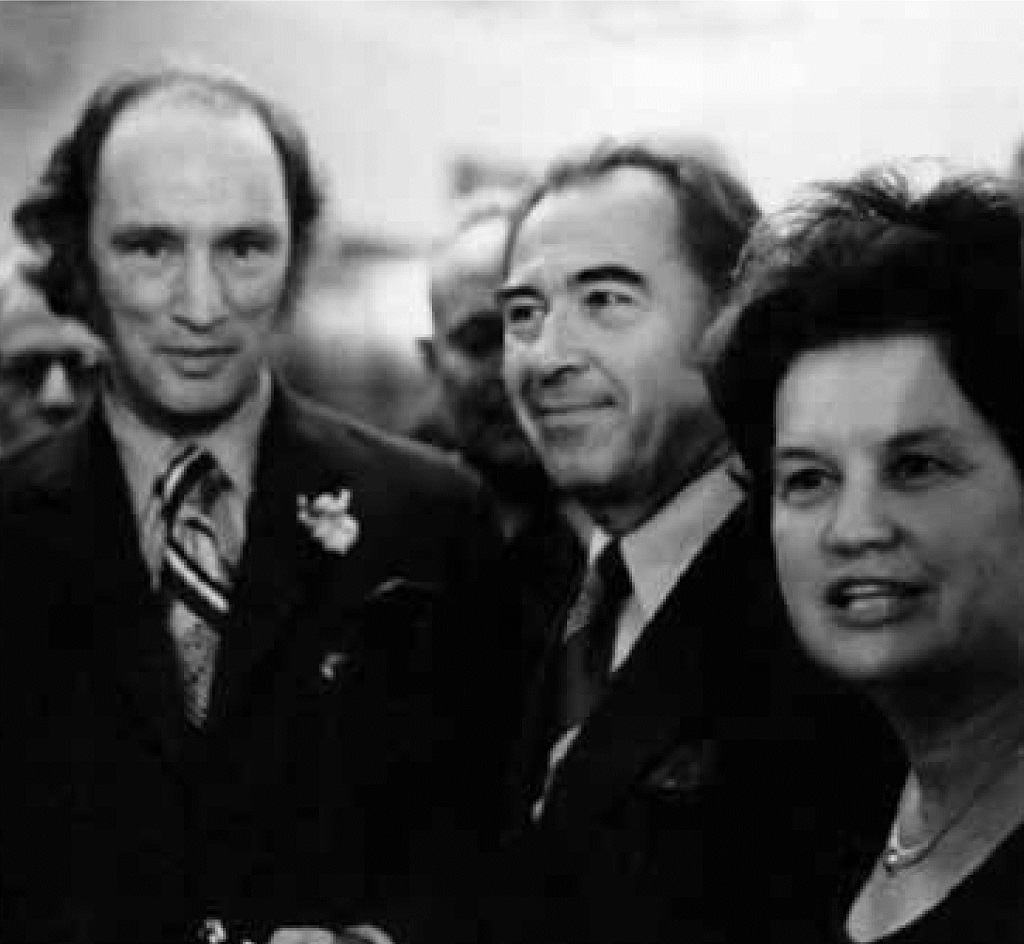 Fifty years ago, on October 8, 1971, Prime Minister Pierre Elliot Trudeau stood up in the House of Commons and announced that multiculturalism was now an official government policy. He said that no single culture could define Canada and that the government accepted “the contention of other cultural communities that they, too, are essential elements in Canada. The very next day, he reiterated that announcement at the 10th Congress of the Ukrainian Canadian Committee (now Congress). Historian Dr. Bohdan Bociurkiw pointed out that Trudeau’s choice of venue “reflected the vanguard role played by the Ukrainian-Canadian community in lobbying for Ottawa’s adoption of the policy”.

The Ukrainian Canadian community did indeed play a vanguard role in lobbying for the adoption of a multiculturalism policy. It was Paul Yuzyk, a Manitoba academic appointed to the Senate by Prime Minister John Diefenbaker in 1963, who first brought the idea of multiculturalism to the national forefront. Reacting to the creation of the Royal Commission on Bilingualism and Biculturalism, Yuzyk devoted his maiden speech to Multiculturalism as an alternative to Biculturalism.

Canada, he argued, was a nation of many cultures, not just English and French. First, he pointed out, the indigenous people were here long before the French and English came. And since Confederation, many other peoples were invited to come and settle the wilderness. The proportion of what he termed the “Third Element” had grown considerably.

“In reality Canada never was bicultural; the Indians and Eskimos have been with us throughout our history and the British group is multicultural — English, Scots, Irish, Welsh; and with the settling of other ethnic groups, which now make up almost one-third of the population, Canada has become multicultural in fact. Furthermore, the projecting of the idea that Canada is bicultural not only excludes the non-British and non-French groups, but denies the multicultural character of the British group, which can only lead to disunity. What we need is a firm basis of our nationhood which will unite all elements in our society,” he stated.

Yuzyk’s campaign to recognize Canada as a multicultural country did not end with his maiden speech. He embarked on a speaking tour through the country, articulating his vision. The high point came when he convened and chaired The Thinkers’ Conference on Cultural Rights, held in Toronto from December 13 to 15, 1968. It was the first time that most of the major ethnic groups of Canada came together under one roof in support of official multiculturalism. Other Ukrainian Canadians who promoted Multiculturalism included Ontario Minister John Yaremko (the first Ontario Cabinet Minister of Ukrainian origin) and MP Norman Cafik, who was to become Secretary of State for Multiculturalism in 1977.

Of course, Canada in the sixties had a much different ethnocultural makeup than it does today. At that time, the “Third Element” was overwhelmingly European in origin as the immigration policy of that time discriminated against non-Europeans. This was to change with the adoption of a new policy in 1967, which eliminated any discrimination based upon country of origin, but instead adopted a point system, based on things like language fluency, education and job skills.

The result was to make Canada not only multicultural but multi-racial, and the multiculturalism policy was adapted to the changing times. An increasing emphasis was placed on race relations and combatting discrimination edging slowly away from the earlier focus on cultural retention. With the patriation of our Constitution in 1982, multiculturalism became enshrined in the Charter of Rights, which became part of it. One of the individuals who played a pivotal role in getting this section included in the Charter was former President of the Ukrainian Canadian Professional and Business Federation Laurence Decore, who was then the Chair of the Canadian Consultative Council on Multiculturalism. Decore went on to serve two terms as Mayor of Edmonton, then leader of the Alberta Liberal Party.

In 1988, under Prime Minister Brian Mulroney, Canada passed the Multiculturalism Act (Bill C-93), which was aimed at promoting “the full and equitable participation of individuals and communities of all origins in the continuing evolution and shaping of all aspects of Canadian society.”

During the 1990s, federal multiculturalism policies and programs placed greater emphasis on eliminating barriers to the economic and social participation of immigrants and designated minority groups. Today, the Government of Canada website describes the significance of multiculturalism as “ensuring that all citizens keep their identities, take pride in their ancestry and have a sense of belonging”. Among the services and information it offers are: the Federal Anti-Racism Secretariat Canadian Multiculturalism Day; Black History Month; Asian Heritage Month; the Community Support, Multiculturalism, and Anti-Racism Initiatives Program and an extensive section on Canada and the Holocaust. (Perhaps a section on the Holodomor would be in order.)

But some of the greatest multicultural achievements have been initiated at provincial levels – particularly in the field of education. Once again, Ukrainian Canadians led the way. In 1974 the Ukrainian Bilingual program, which provides students with an opportunity to immerse themselves in the Ukrainian language and culture, was established in Alberta. Programs in other languages, such as Polish, Spanish, Hebrew, Arabic, German and Chinese, soon followed. Ukrainian bilingual programs have since been established in Saskatchewan and Manitoba, while in Ontario, students at Toronto Catholic District School Board’s Eastern Rite schools such as St. Josaphat, St. Demetrius and Josyf Cardinal Slipyj), spend a portion of each day learning their Ukrainian language, culture and Eastern Rite religious traditions. We have the Canadian Institute of Ukrainian Studies at the University of Alberta, the Centre for Ukrainian Canadian Studies at the University of Manitoba and the Chair of Ukrainian Studies at the University of Toronto. Nine provinces have now passed multiculturalism acts with the tenth, Quebec opting instead for a policy of “interculturalism” where diversity is strongly encouraged, but only within the framework that establishes French as the public language.

Much has changed over the past 50 years. Many cultural activities once considered to be limited to specific ethnic groups have become part of mainstream Canadian culture. Take Ukrainian dance, for example. Hundreds of Ukrainian dance groups proliferate across Canada, particularly in the West. The three resident groups at the Alberta Government-owned and operated Northern Alberta Jubilee Auditorium are the Edmonton Opera, the Alberta Ballet and the Ukrainian Shumka Dancers. The ethnocultural mosaic of Canada itself has evolved to reflect a global reality. But what remains constant is the recognition of cultural diversity as an essential element of the Canadian identity. That’s what makes our country so unique, and for that, we have Senator Paul Yuzyk to thank.