The Keystone XL cancellation will affect the industry going forward. 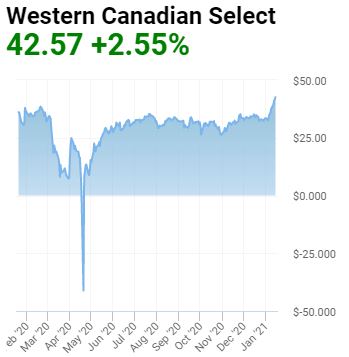 But now the second wave of COVID-19 may lead to the new challenges for Canadian oil producers. Coupled with the planned increases in global output, lower demand caused by the pandemic may bring a 200-million-barrel surplus through May, Norwegian energy researcher Rystad Energy calculates.

Despite the likely headwinds, Canada’s natural gas and oil industry continues investing. The Canadian Association of Petroleum Producers (CAPP) is forecasting a 14% increase in upstream natural gas and oil investment in 2021. Capital spending in the sector is expected to be around $3.36 billion higher this year, reaching $27.3 billion, compared to an estimated total investment of $24 billion in 2020.

The planned investment for 2021, while increasing from the lowest levels in more than a decade, would halt the dramatic decline seen since 2014, when investment sat at $81 billion. CAPP believes that this year’s forecast represents the beginning of a longer-term recovery in the industry.

The additional spending is primarily focused in Alberta and British Columbia, while numbers in Saskatchewan show modest improvement and offshore investment in Atlantic Canada is expected to remain relatively stable compared to 2020.

These projections for the year 2021 do not take into account the cancellation of the Keystone XL pipeline announced by the incoming Joe Biden’s administration in the U.S. as a firm in-service date for the project has not been established yet.

The cancellation of the project, which is designed to carry more than 300 million barrels of Canadian oil from Alberta to Texas every year, would have a profound impact on the Western Canadian oil and gas industry going forward. The project expects that it would support nearly 60,000 direct, indirect and induced employment opportunities.

The longer-term prospects for the oil industry have recently become slightly more optimistic compared to what they were in early 2020. The consensus of industry executives and experts seems to be at the moment that the shift away from oil to cleaner energy will not be as rapid as many thought at the beginning of the COVID-19 pandemic.

Many leading energy analysts now expect that the oil demand will continue growing from its current levels of around 90 million barrels per day (mbpd) to as high as 115 mbpd. According to Bloomberg, the list of energy analysts who foresee a peak in oil demand includes Norway’s state-owned oil company Equinor (peaking around 2027-28), Rystad Energy (2028), French oil major Total SA (2030), consulting firm McKinsey (2033), clean-energy research group BloombergNEF (2035), and energy-industry advisors Wood Mackenzie (2035). The exporting nations of OPEC put the peak in 2040 while acknowledging that this new forecast may be too optimistic.

At the same time, agencies, which advise governments, have a more somber outlook on how much time energy-dependent economies, like Canada, have until the global demand for oil starts decreasing. Fatih Birol, the Executive Director of the International Energy Agency (IEA), has told Bloomberg that oil-dependent economies “have to prepare themselves before it’s too late” because the value of oil is going down. IEA expects that global oil demand will flatline rather than peak in the coming two decades. The U.S. Energy Information Agency has a similar forecast.