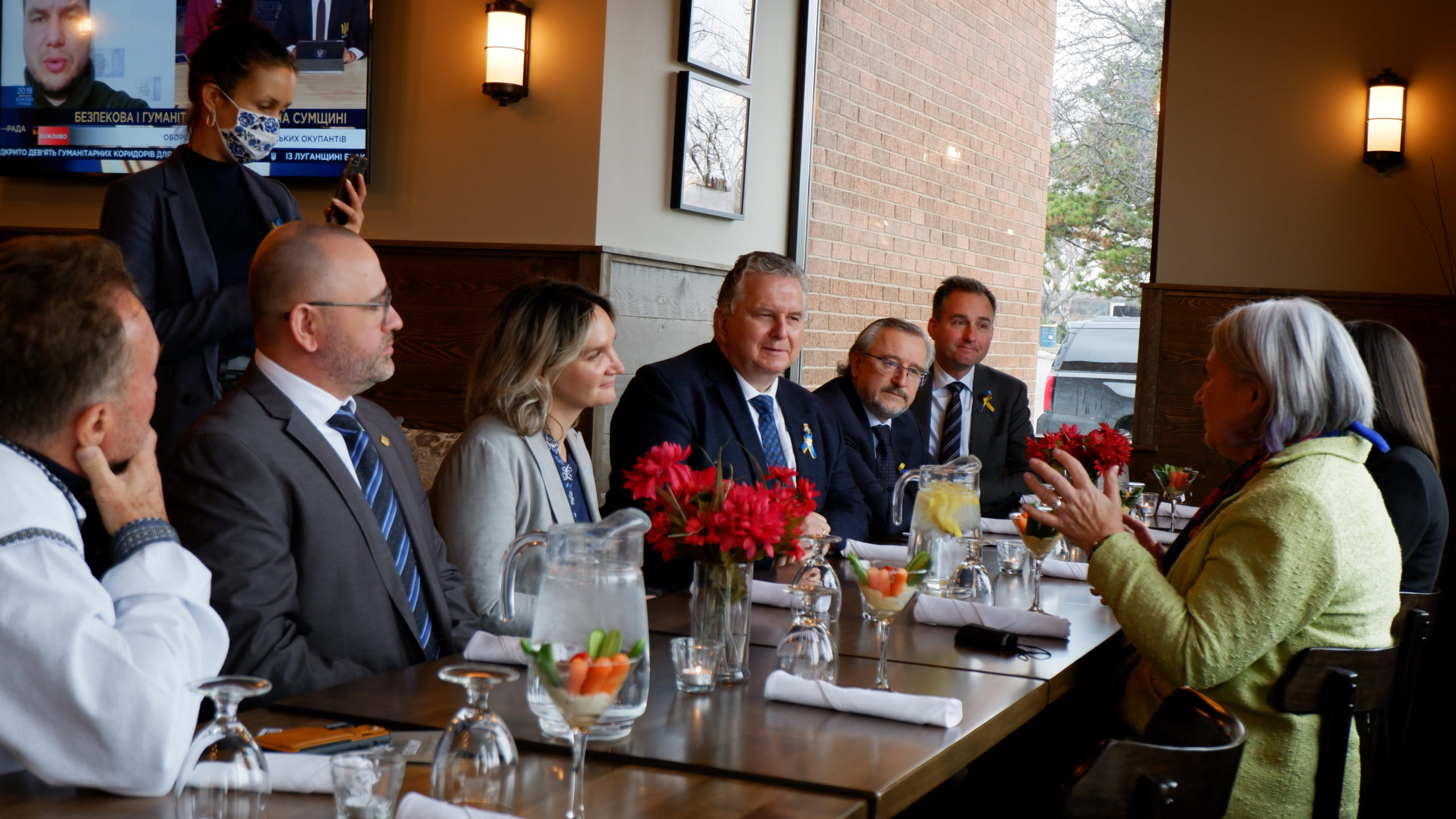 Her Excellency the Right Honourable Mary Simon, Canada’s Governor General, visited Toronto’s branch of Ukrainian National Foundation of Canada on Friday April 1. This was the second day of Gov. Gen. Mary Simon’s first official visit since her installation. After her visit to Kapapamahchakwew – Wandering Spirit School in Toronto’s East End, where she met with students and faculty and learned about Anishinaabe cultural traditions, the Governor General paid a visit to the Ukrainian Canadian Art Foundation KUMF gallery and the UNO bistro at 145 Evans Ave. in Etobicoke.

Simon spoke with the KUMF and USOM representatives Oleh Lesiuk, Christina Kudryk and Irma Osadsa about the gallery’s current exhibits and their cultural significance. The current charitable exhibition “Artists Stand With Ukraine” is organized by USOM in collaboration with KUMF, and all the proceeds will go towards charitable causes in Ukraine. 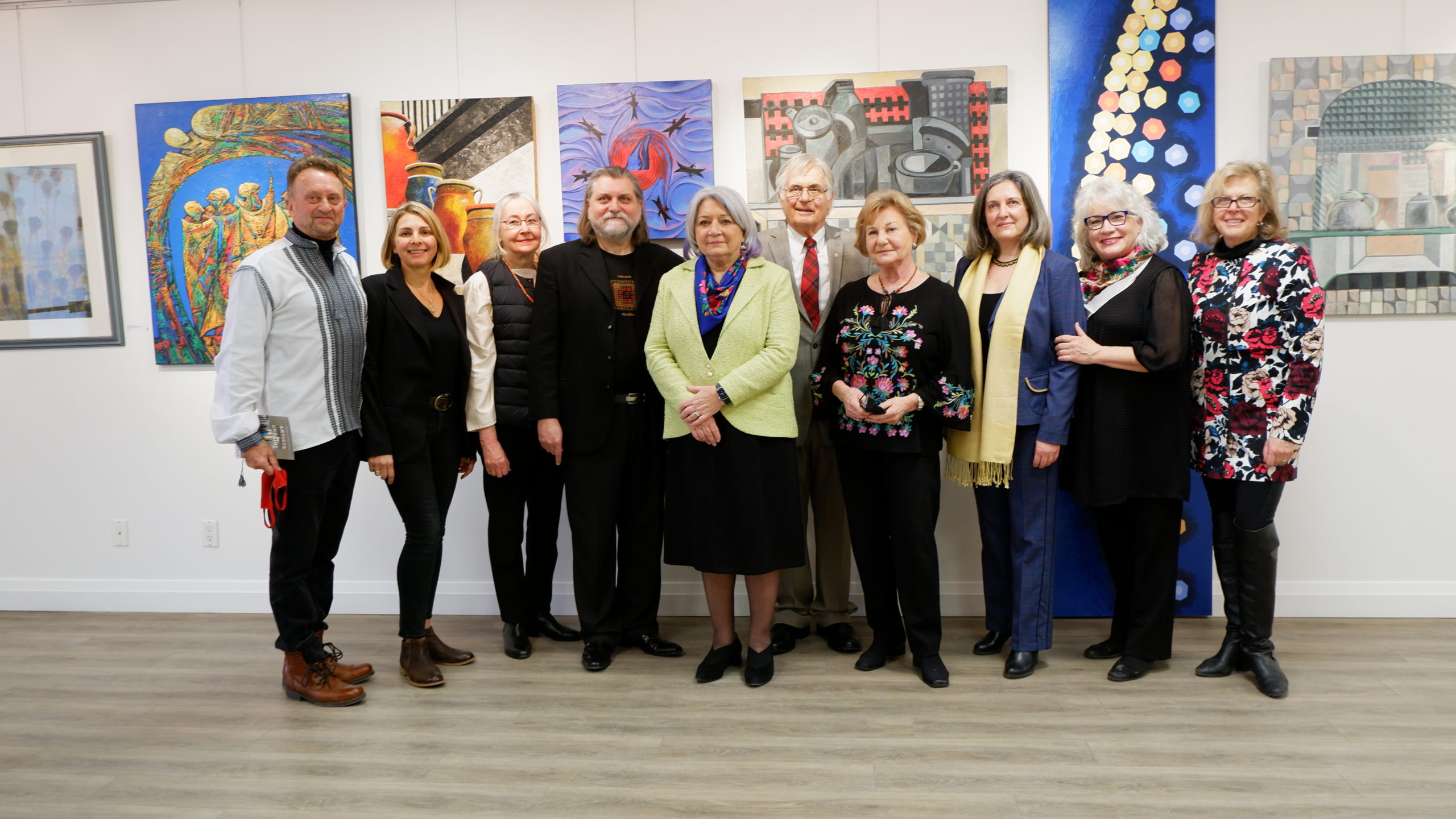 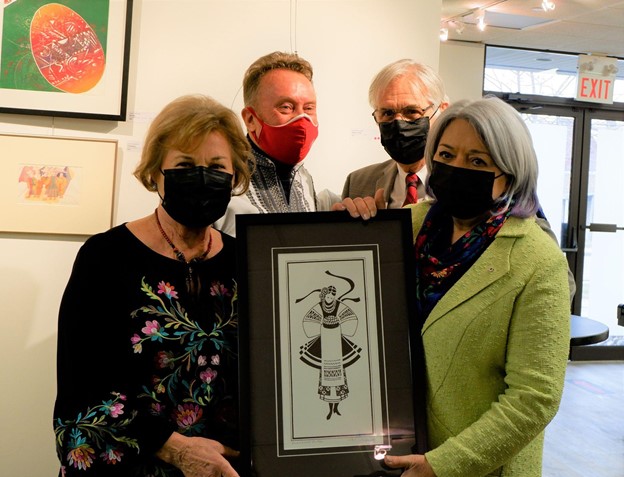