Canada to purchase a NASAMS air defence system for Ukraine 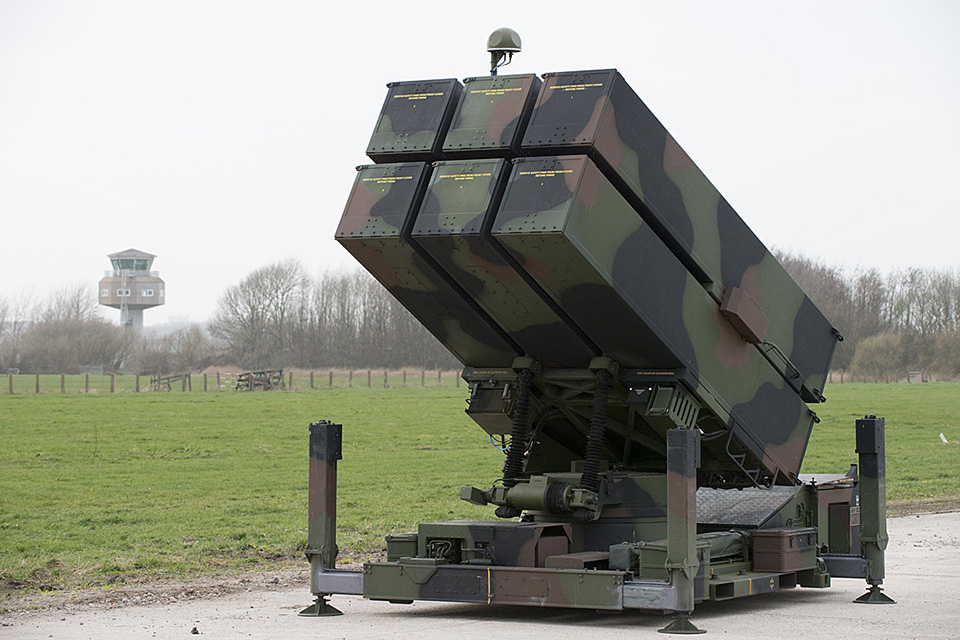 After a period of fewer attacks on civilian and infrastructural targets in the summer, since early October 2022, Russia has been terrorizing Ukraine with massive bombardments. In the past four months, the aggressor launched over 500 ballistic and cruise missiles and hundreds of killer drones in eight major attacks on residential areas, energy, water and other infrastructural objects. The last attack happened on the New Year’s eve – the missiles and drones had “Happy New Year“ messages inscribed on them (see p. 2).

With its air defence systems depleted in the months-long war, Ukraine has long been asking its Western allies for anti-aircraft and anti-missile systems. The intensification of attacks in October and especially the missile strike on the Polish town of Przewodów in November finally broke the ice. So far, USA and Germany have announced plans to supply, in total, two batteries of the advanced Patriot anti-missile system to Ukraine. Ukraine has also received the German IRIS-T, the French Crotale, the Norwegian NASAMS, as well the Italian Aspide 2000, the US-made HAWK systems.

These systems have helped Ukraine increase the share of shot-down missiles from as low as 45% in October to 80%-85% in December.

However, in a 90-missile attack, the 85% share of shot-down missiles still means devastation and casualties. While there are no signs of willingness on the part of Russia to stop its aggression, to minimize the destruction and casualties going forward, Ukraine needs dozens more batteries of the most advanced anti-aircraft systems.

The Department of National Defence’s (DND) news release said on Tuesday that the donation would cost around $406 million and would come from $500 million in aid to Ukraine that Trudeau announced in November 2022.

The DND release did not say when the system is expected to arrive in Ukraine. In a Tuesday interview on CBC, Defence Minister Anita Anand said that the government is “working with the United States to get it to Ukraine as soon as possible.”

The NASAMS missile defence system was designed and developed jointly by the American defence company Raytheon and Norway-based Kongsberg Defence & Aerospace. Its different variants have an effective firing range of 30 km to 50 km and up to 36 km flight altitude. The system defends against unmanned aerial vehicles, helicopters, cruise missiles and fixed-wing aircraft.

Ukrainian President Volodymyr Zelenskyy thanked Justin Trudeau for the donation in a tweet Tuesday.
“Dear @JustinTrudeau, your true leadership in standing for democracy and human rights has been vividly proven again,” Zelenskyy said in the tweet.
“Thank you for helping us to protect our sky. NASAMS procured for us by Canada will be a strong shield for our cities and citizens.”

“I spoke with Ukrainian Defence Minister @OleksiiReznikov this morning and heard it directly: air defence systems are Ukraine’s top priority,” Anand said in a tweet.

Canada has provided over $3.4 billion in military and humanitarian aid to Ukraine since Russia intensified its invasion of the country in February 2022.

“Assisting Ukraine with the weapons Ukraine requires to defeat Russia is the best investment in the future peace, stability and prosperity of all Europe,” Chyczij said in a
statement.