Canada should advocate for a humanitarian corridor to carry Ukraine food, says Bergen. Conservative Interim Leader adds that no options should be off the table including NATO support 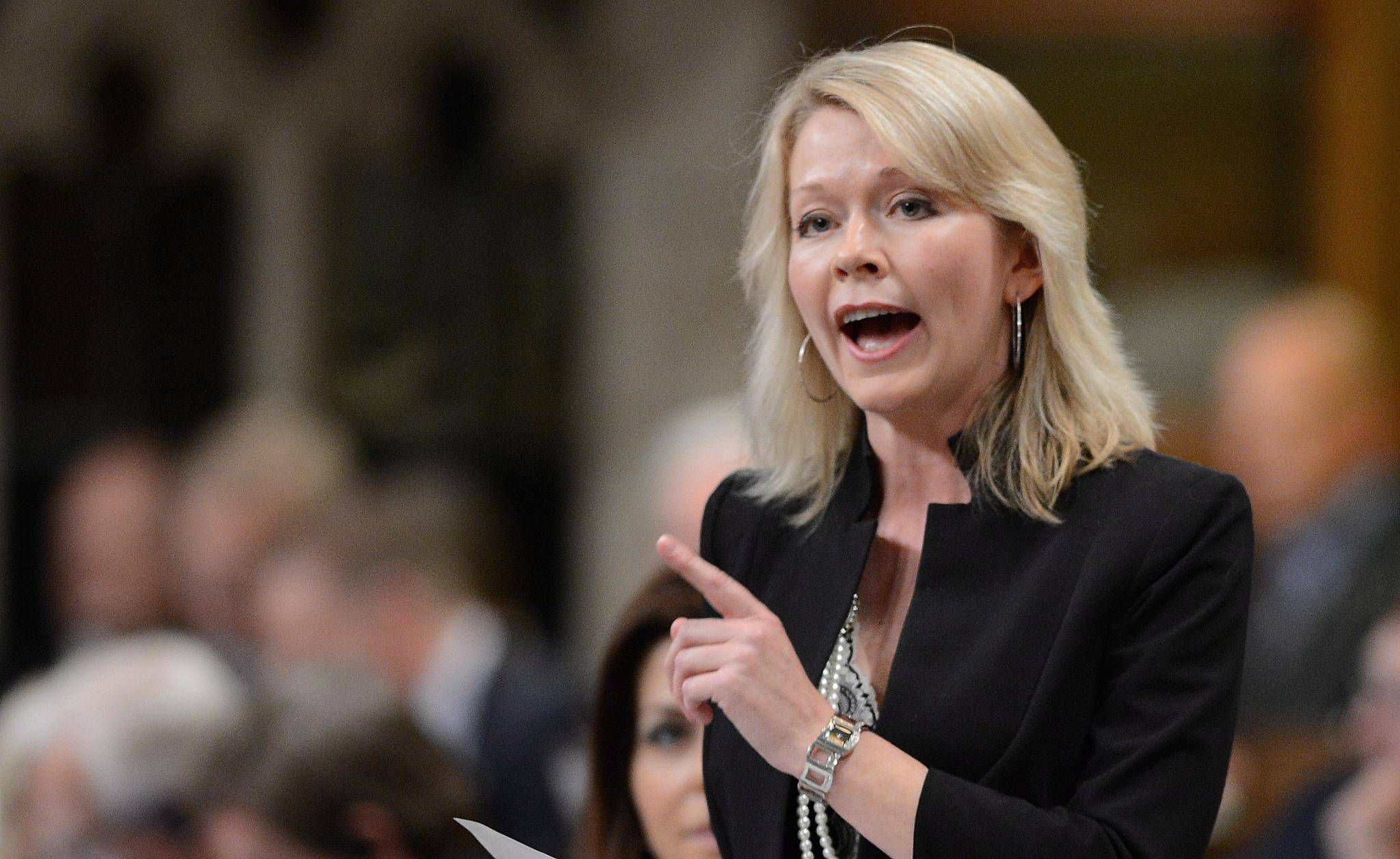 Canada should be advocating for a humanitarian corridor to let Ukrainian food get out to the world even if it means involving NATO, says the Interim Leader of the Conservative Party of Canada.

“I think now that it comes to food security … it should be talked about and should be on the table, whether that humanitarian corridor and food corridor protection is in the way of allies and NATO providing that support or giving Ukraine what they need so they can protect themselves, but I believe that that should have been on the table, or at least… should never have been overtly pulled off the table,” said Candice Bergen during a press conference with representatives of the multicultural media, June 13.

She added that when negotiating with a tyrant you should not go in having ruled out certain actions beforehand.

“Why would you go in and tell your enemy don’t worry we won’t do this, this or this. I don’t understand that,” said Bergen in response to a question from New Pathway – Ukrainian News.

More than 20 million tons of grain are stuck in silos at Ukrainian ports, as Russian blockades prevent ships setting sail with wheat, corn and other exports. Russian forces have also been stealing grain and deliberately destroying storage warehouses in Ukraine.

The grain is at risk of rotting before reaching the Middle East and Africa, where it's desperately needed to stave off a global food security crisis, which is worsening due to rising prices for food, fuel and other goods.

Russian dictator Vladimir Putin has said he will allow a humanitarian corridor for food shipments but only of sanctions are lifted.

In a follow-up question emailed to Joe Adam George, Press Secretary – Cultural Communities Outreach and Media Relations Opposition Leader’s Office asking whether the Conservatives are prepared to call for a military escort to defend cargo ships carrying food through the Russian blockade, he replied:

“Conservatives believe the airspace above humanitarian corridors must be secured to allow the safe passage of Ukrainians out of war zones and to allow humanitarian relief to reach areas under siege. We believe that NATO should not take any options off the table.”

He added that Conservatives are also calling for additional concrete measures from Canada and our allies that would help secure the airspace over Ukraine, including:

• Supporting the efforts of our NATO allies to bolster the Ukrainian air force, including the provision of MiG-29 fighter jets which Ukrainians can put to use immediately;

• Transfer additional lethal weapons to Ukraine, like Stinger missiles and other advanced anti-air systems that would allow Ukraine to secure their airspace;

• Additional training of Ukrainian forces, including pilots, mechanics, aircraft controllers and other air force personnel in NATO countries so that Ukraine continues to have the personnel necessary to operate their air force; and

• Providing logistical support to Ukraine in the form actionable intelligence, including RADARSAT data, ammunition, and fuel that would allow Ukrainian forces to keep Russian aircraft out of Ukrainian airspace.

During the press Conference, Bergen said Canada’s approach to the current war would have been much different had the Conservatives still been in power, noting that former Prime Minister Stephen Harper was the only G7 leader to tell Putin to get out of Crimea back in 2014.

“Imagine if we had some strong leadership on the world stage that would not only have said these things to Putin and said we are not going to let you get away with this but also had been building pipelines and getting our oil and gas to Europe for example so that Putin could not have been funding his war machine by selling his oil and gas to Europe,” she said.

“We believe we needed to have come in earlier and provided lethal military support to Ukraine,” added Bergen.

Responding to a question about support for ethnic media, Bergen said government should keep their hands out of media. “The best thing government could do to help ethnic media is to get out of helping media altogether,” Bergen said.

Nevertheless, she said individual Members of Parliament should support ethnic media with their advertising dollars.

“I’ve always supported my local media and I believe that its important that we as MPs support local media and we can even support our ethnic media with our advertising dollars,” she said.

As for other issues, Bergen said “the Liberal government’s uncontrolled spending and irresponsible politics have resulted in an inflation driven cost-of-living crisis.”

“Rapidly rising prices are making it more expensive for Canadians to live their everyday lives. Moreover, out-of-date COVID-19 restrictions are preventing life in Canada from going back to normal.”

With gas prices at record-highs and food prices going up 9.7 per cent in just the last year – the largest increase in over 40 years –Bergen said her party proposed solutions like resolving supply chain issues, hiking oil and gas output, and suspending the carbon tax to bring down gas and food prices but the Liberals voted against them.

Bergen added that the recent NDP-Liberal agreement works against the interests and well-being of suffering Canadians, noting that one of their first acts was to vote in favour of Government Motion 11 to give the Liberals the power to adjourn the House at any time and shut down Parliament until September to avoid accountability for the cost-of- living crisis, soaring inflation or any of PM Justin Trudeau’s multiple ethical scandals.

With the crime rate rising steadily since the Liberals were elected in 2015, Bergen remarked that stronger laws need to be enforced to ensure that victims are protected and violent criminals serve mandatory prison time.

“With Bill C-5, the Liberals are taking away mandatory jail time for violent crime and allowing those criminals to serve under house arrest in our communities. This proves that the Liberals only talk big about fighting crime but go soft on real criminals and weaken the laws when it comes to making our communities safer.”