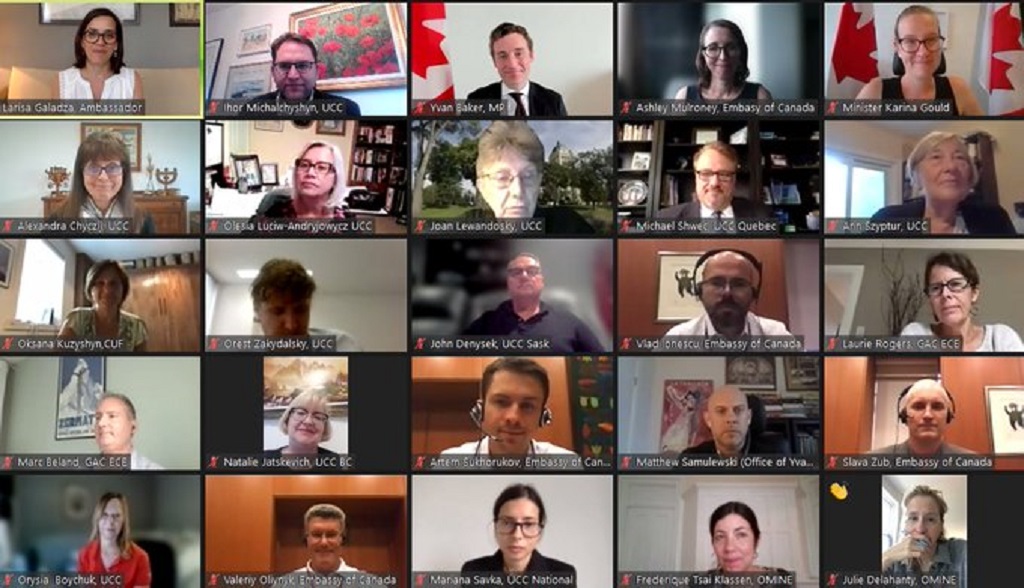 On August 24, Ukraine is celebrating the 30th anniversary of its Declaration of Independence that the Supreme Rada proclaimed in 1991. On the eve of the jubilee, the Government of Canada announced over $31.9 million in new funding for Ukraine.

The funding was announced during a virtual visit to Ukraine by Hon. Karina Gould, Canada’s Minister of International Development, on August 12. During her visit, Gould met with representatives of Ukraine’s government; Ukrainian civil society, including women’s rights organizations; and the Ukrainian Canadian Congress. The discussion topics included peace and security, governance programming, gender equality and the impacts of the COVID-19 pandemic.

The funding includes $30 million over five years to support inclusive governance in Ukraine. The government has launched a call for proposals to solicit projects that would support and enhance democratic, inclusive and gender-equal governance in Ukraine. Canada expects that those projects will respond to the needs of all Ukrainians, including the most vulnerable and marginalized groups.

The rest of the funding, $1.9 million, is allocated to the Saskatchewan Polytechnic project, Women Veterans’ Reintegration in Ukraine. The project seeks to improve the socio-economic well-being of women military veterans in the regions where most veterans are located: Kyiv, Dnipro, Lviv and Odesa.

The project will be implemented in partnership with Ukraine’s Ministry of Veteran Affairs, Ukraine’s State Employment Service and the Women’s Information and Consultation Centre, a leading Ukrainian NGO focused on gender equality.

In her comment, which accompanied the announcement, Gould noted: “Canada remains committed to working with Ukraine toward building the inclusive and sustainable future that the people of Ukraine deserve. Through continued cooperation in the governance sector and by promoting the advancement of gender equality, Canada is helping Ukraine advance its reform agenda in a strengthened democracy.”

The issue of reforms has been central in the discussions of Ukraine’s aspirations to join NATO. The summit of the North Atlantic Council, which took place in Brussels on 14 June 2021, mentioned “wide-ranging, sustainable, and irreversible reforms, including […] promoting an inclusive political process” among preconditions for a Membership Action Plan for Ukraine.

Canada has for a long time supported governance reforms in Ukraine. Since January 2014, Canada has provided over $250 million in funding for development assistance to advance democracy, the rule of law, gender equality and sustainable economic growth.

The Ukrainian Canadian Congress (UCC) welcomed the funding announcement. “The UCC commends the Government of Canada on today’s announcement,” said Alexandra Chyczij, UCC National President. “The resolute efforts of Ukraine’s vibrant civil society in ensuring the continuing consolidation of democratic institutions are inspiring. Canada continues to be a leader in supporting Ukrainian civil society’s efforts to build a state that is responsive to the needs of its people.”

MP Yvan Baker, the Chair of the Canada-Ukraine Parliamentary Friendship Group, who joined Minister Gould on her virtual visit to Ukraine, called the funding initiatives “important” because “they will help Ukraine strengthen its economy, its institutions, and civil society to better allow it to defend its independence and to provide a prosperous future for Ukrainians”.