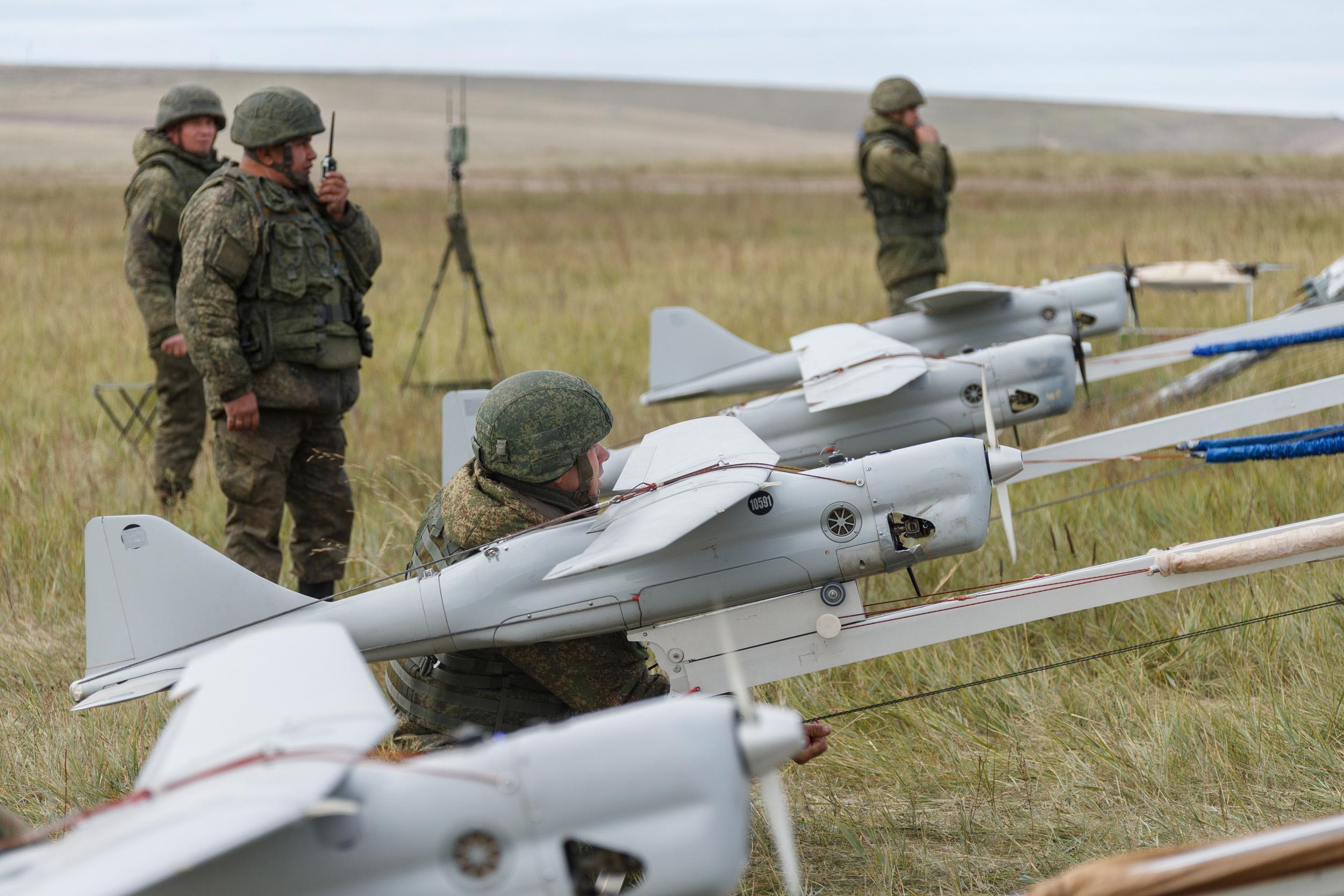 One of the deadliest weapons in the Russian arsenal is the Orlan-10 UAV (Unmanned Arial Vehicle). The Orlan-10 is a sophisticated yet relatively affordable drone, and can carry a wide range of military payloads, enabling it to conduct a variety of missions and to be used in combination with other systems, including other UAVs, for more advanced combinations of effects.

The drones are used to locate Ukrainian troops and vehicles from medium altitudes and relay their positions for rapid artillery, missile and loitering munition strikes. When an Orlan-10 is overhead, Russian artillery response times can be as short as three minutes from target detection, leaving those targets almost no time to escape the fire zone.

According to Ukrainian commanders, the “Sea Eagle” Orlan 10 UAV has directed many of the up to 20,000 artillery shells that Russia has fired daily on Ukrainian positions in 2022, killing up to 100 soldiers per day.

Although this drone was designed and manufactured by Russia’s Special Technology Centre in St. Petersburg, it relies on Western components for a significant number of its critical functions.
A report issued by the London-based defence think tank Royal United Services Institute (RUSI last month noted that the production quantities required to increase numbers while also replacing combat losses, need large volumes of components to be brought in through the networks that they identified.
“Disrupting these networks should, therefore, be considered a high priority for Western efforts to counter sanctions evasion, since reducing the number of Orlan-10s available to the Russian military by spring 2023 would significantly reduce overall force lethality and give the Ukrainian military more room for manoeuvre,” the report stated in its conclusion.

“Given that much of this technology is ultimately manufactured and produced by companies domiciled in Western states, greater effort should be made to prevent diversion to Russia’s military manufacturers by intermediaries in the US, Europe, Hong Kong and China. To do so, governments should act against those individuals and entities responsible for diverting components to the AFRF (Armed Forces of the Russian Federation) and step-up efforts to monitor their flow to important transshipment hubs and suspicious third parties,” it added.

An investigation by Reuters and iStories, a Russian media outlet, in collaboration with RUSI, discovered that one of the most important suppliers to Russia’s drone program has been a Hong Kong-based exporter, Asia Pacific Links Ltd, which, according to Russian customs and financial records, provided millions of dollars in parts. They were primarily delivered to one importer in St. Petersburg with close ties to the Special Technology Centre. Many of the parts are microchips from U.S. manufacturers.
The investigation identified the owner of Asia Pacific as Anton Trofimov, an expatriate Russian who graduated from a Chinese university and has other business interests in China as well as a company in Toronto, according to his LinkedIn profile and other corporate filings. Trofimov is a resident of a modest East York neighborhood of Toronto.

As pointed out by the Ukrainian Canadian Congress in a letter by National President Alexandra Chyczij sent to Mélanie Joly, Minister of Foreign Affairs, and Marco Mendicino, Minister of Public Safety on January 13, it appears that the activity uncovered by the Reuters and RUSI investigations contravenes Special Economic Measures Act sanctions implemented by the Government of Canada. Moreover, it is also possible that this activity constitutes a criminal offence, in that it appears to be a wilful contravention of Canadian sanctions.

“As you can no doubt understand, the evidence that a resident of Canada is involved in the supply of technology that is being used by Russia to murder Ukrainians is of grievous concern to the UCC and to the Ukrainian Canadian community,” stated Chyczij.

“The UCC therefore respectfully requests that the Departments of Public Safety and Global Affairs look into this matter and advise what consequences there will be for this activity and what action will be taken to ensure that it does not continue,” she added.

If this turns out to contravene the Special Economic Measures Act sanctions, then strict penalties must be applied, including the freezing of all Canadian assets. And if this is found to constitute a criminal offence, then the guilty party must be prosecuted to the full extent of the law. If it does not constitute a criminal offence, then it certainly should. No government should countenance unscrupulous individuals engaging in as sordid, and morally reprehensible, conduct as profiteering from state-sponsored genocide. We urge the government to act quickly on the UCC’s request and we urge our readers to let both Ministers and their own Members of Parliament know that such profiteering cannot be tolerated.