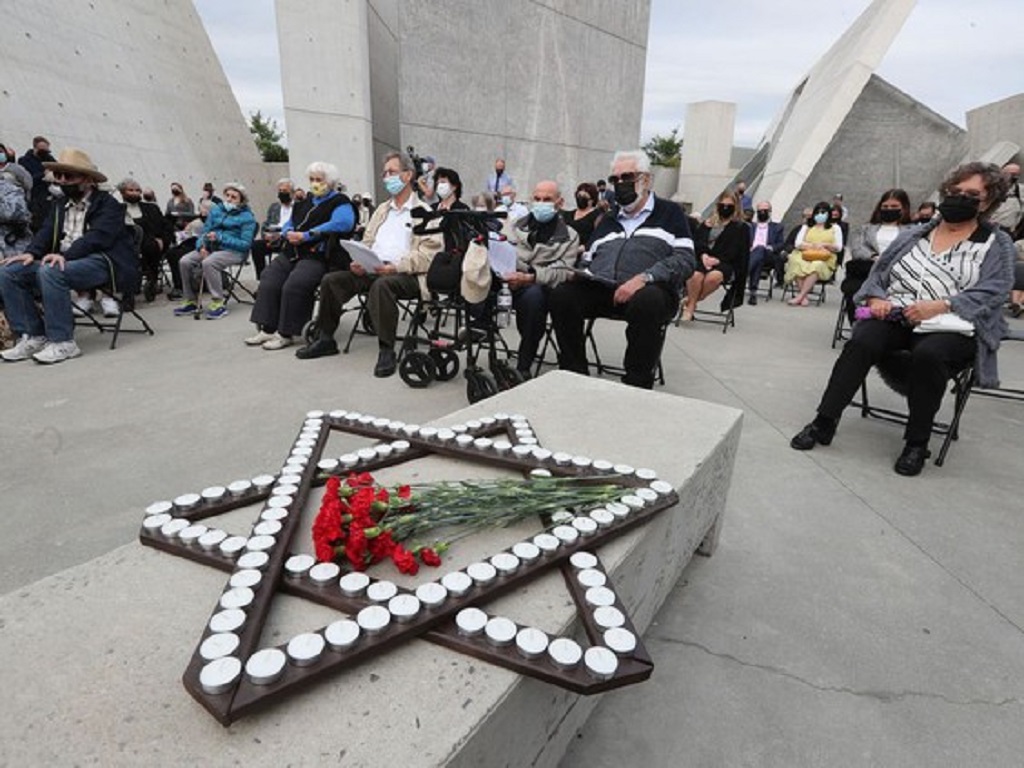 “We honour the memory of those who have perished, as well as the survivors, whose stories serve as a solemn reminder of the dangers of indifference and inaction in the face of hatred,” Garneau said in a statement commemorating the anniversary.

“Babyn Yar is also a reminder of our individual and collective responsibilities to remember, to bear witness, to prevent and act against antisemitism and mass atrocity,” Garneau said.

On September 29 and 30, 1941, more than 33,000 Jews were executed in the Babyn Yar ravine in the Ukrainian capital Kyiv – one of the largest mass murders of the Holocaust. According to official data, about 100,000 people, mostly Jews but also including Ukrainians, Russians, Poles and Roma, were executed there.

“Long before Auschwitz, long before Teblinka and Sobibor, there was Babyn Yar,” said Andrea Freedman, Jewish Federation of Ottawa president and CEO, during the Ottawa memorial service in September.

Rev. Andrew Bennett, Canada’s first ambassador for religious freedom, said during the memorial that Babyn Yar highlighted the ability of people to dehumanize other human beings.

“The Holocaust of bullets, which Babyn Yar helped to define, was brutal and truly evil,” he said, while warning that the “radical dignity” of human beings must never be diminished.

“As soon as we diminish our fellow human beings to only their religious beliefs, only their race, only their ideology, only their physical or mental abilities … then we have moved down the path of Babyn Yar.”

Garneau said that antisemitism is still very much alive in Canada today.

“While its new and resurgent forms have changed the way that we fight against this warped ideology, Canada remains unwavering in its commitment to challenge antisemitism at home and abroad and to build more just and inclusive societies,” Garneau said.

“The Government of Canada is committed to reinforcing and strengthening Canada’s efforts to advance Holocaust education, remembrance and research, and to combat antisemitism as key elements of the promotion and protection of human rights at home and abroad… Hate will not win,” Garneau said.

President of Ukraine Volodymyr Zelenskyy, president of Israel Isaac Herzog and president of Germany Frank-Walter Steinmeier, as well as other foreign guests, attended memorial events dedicated to the 80th anniversary of the tragedy in the territory of the National Historical Memorial Preserve Babyn Yar.

“It’s hard to breathe at this place – thousands of children took their last breath here,” Zelenskyy said. “It’s hard to stand here – thousands of bullets knocked people down here in Babyn Yar. The earth was trembling from the convulsions of people who were still alive and trying to get out.”

“Commemoration and remembrance are vital for the whole of humanity, against evil, cruelty, and apathy,” he said.

“For us Germans, there can only be one response: never again!” Steinmeier said.

Zelenskyy, Herzog and Steinmeier inaugurated a memorial center, still under construction, dedicated to the stories of Eastern European Jews who were killed and buried in mass graves during the Holocaust. Of the 2.5 million Jews in that region, 1.5 million died in Ukraine alone.

During World War II, the German occupation forces used the Babyn Yar tract in the northwestern part of Kyiv as a place of mass executions of civilians, mainly Jews. On September 29, 1941, by order of the occupation administration, the entire Jewish population of Kyiv was obliged to appear in Babyn Yar. People were escorted in groups through the checkpoint, after which they were driven to the edge of the ravine and shot. The massacres in the tract lasted until the occupiers left the city.