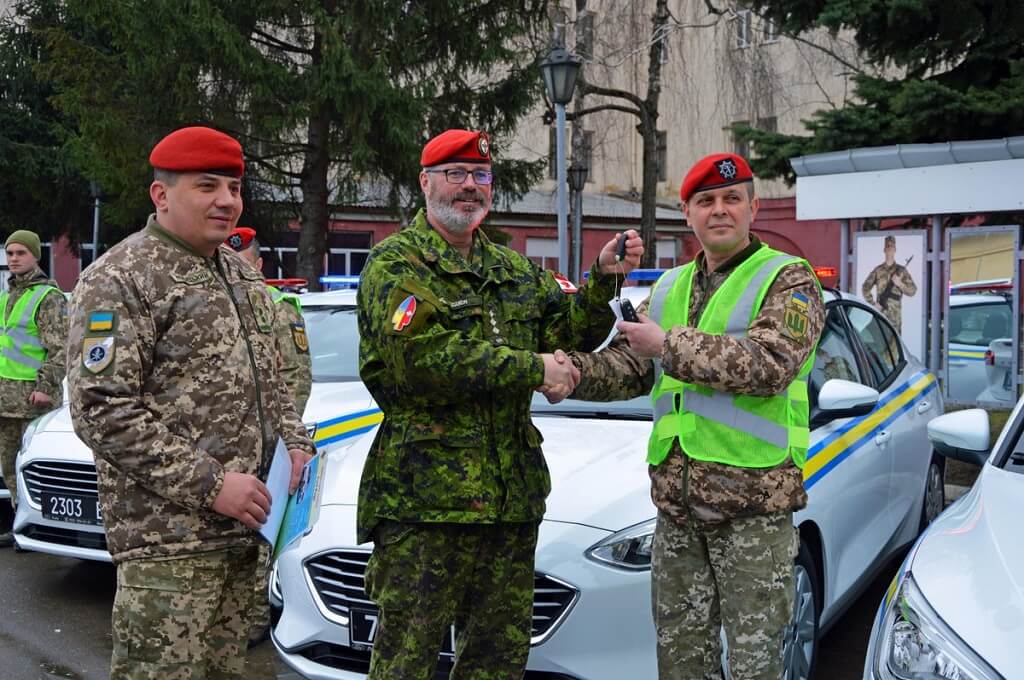 Deployment to remain at 200.

Harjit S. Sajjan, Minister of National Defence, and Chrystia Freeland, Minister of Foreign Affairs, on March 18 announced that the Government of Canada is extending Operation Unifier, the Canadian Armed Forces military training mission in Ukraine, until the end of March 2022.

This is one year more than previous commitments to Operation Unifier. Both when it was launched by the Conservative government in 2015 and renewed by the Liberals in 2017, the duration was only for two years.

The number of personnel to be deployed at any one particular rotation will remain at approximately 200 CAF personnel.

Since the start of the training in September 2015, the Canadian Armed Forces have trained more than 10,800 Ukrainian service members to be self-sufficient in their training delivery and in the conduct of military operations.

“Today’s announcement reaffirms Canada’s steadfast support for Ukraine’s sovereignty and territorial integrity, and our commitment to global security. Canada’s commitment to Ukraine is unequivocal and unwavering. With the renewal of Operation Unifier, the women and men of our Canadian Armed Forces are playing a key role in helping build, develop and modernize the capabilities of Ukraine’s defence and security forces,” said Sajjan.

“The people of Ukraine know they can count on Canada. Operation Unifier is an essential part of our multifaceted support to Ukraine. We are steadfast in our commitment to Ukraine’s sovereignty and territorial integrity, as it works toward a stable, democratic and prosperous future. That is why Canada is also proud to host the third annual Ukraine Reform Conference in July this year,” added Freeland.

“Today, on the fifth anniversary of Russia’s invasion and illegal annexation of Crimea, Canada once again demonstrates its unwavering support for Ukraine. Canada and our international allies must continue to take coordinated multilateral actions to show Putin’s regime that their military actions and human rights abuses have consequences,” added Chyczij, who wrote to Prime Minister Justin Trudeau in February asking him to urgently approve the renewal of Operation Unifier.

Ukraine’s Ambassador to Canada Andriy Shevchenko also welcomed the announcement, but added that: “We would like to take it further both in the range of the training program and in the scope of the operation level.”

“Since 2015, when Op Unifier was launched, we have developed great trust between our men and women in uniforms and an extraordinary two-way learning interaction. It is something not just to be cherished, but also to be upgraded to the next level,” he told New Pathway – Ukrainian News.

The Opposition Conservatives also called for Operation Unifier to be taken further.

“While today’s announcement is a step in the right direction, it falls short of adequately providing support to Ukraine against increasing Russian aggression,” said James Bezan, Shadow Minister for National Defence.

“When Ukraine asked for Canada to extend and expand Operation Unifier, Conservatives did not hesitate to express support to our ally. Conservatives have long stood with Ukraine as they face mounting threats against their sovereignty and freedom from Vladimir Putin and his Kremlin proxies.

“The recent acts of Russian hostilities in the Black Sea region and the Kerch Straight raises concerns that the Liberal announcement falls short of addressing and deterring aggression. What the Liberals have announced maintains the status quo, but fails to expand the mission’s needs to increase the number of personnel trained, including senior officers. While Canada’s participation in the international round of sanctions is a step in the right direction, the Ukrainian military needs more direct support in training and we are capable of providing it.

“A Conservative government led by Andrew Scheer would work closely with the Government of Ukraine to incorporate their requests for an expanded mission in both size and scope of training. This would be in addition to re-extending the use of Radarsat imagery and supplying defensive lethal equipment that had been previously committed to the Kurdish Peshmerga and is currently sitting in storage,” he added.

While Ukraine’s defence and security forces continue to make considerable progress, ongoing insecurity in the region underscores the importance and relevance of Canada’s military mission.

Through Operation Unifier, the CAF will continue to provide military training and capacity building assistance to Ukraine’s defence and security forces through a range of training activities including combined arms training, military engineering, logistics, military policing, and medical training.