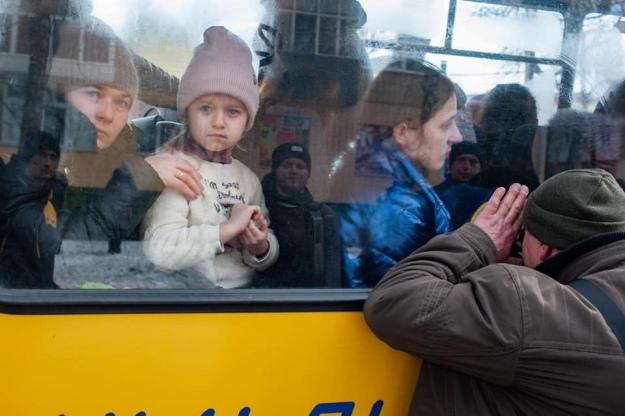 For a country that prides itself on its “special relationship” with Ukraine, Canada’s reaction to the worldwide crisis created by Russia’s invasion has been most disappointing. While our government stands high when it comes to rhetoric, it falls flat in terms of concrete action. The biggest problem here appears to be lethargy – both on political and bureaucratic levels.

Canada delayed sending any lethal weapons to Ukraine until the war actually broke out. Not that we have that many to send in the first place, but had the West delivered sufficient weapons to Ukraine before Russia actually invaded perhaps Vladimir Putin would have been deterred. More important a lot more could have been delivered before the air was closed to any Western shipments, creating logistical problems.

But that’s water under the bridge. What we are dealing with now is the greatest refugee crisis since the Second World War. Over 3.7 million Ukrainians have fled the country during Russia’s month-long invasion, according to the United Nations, including 1.5 million children. More than half of them are in Poland – a country which has reacted magnificently but is stretched to the limit and needs relief.

Here, on the other hand, it took almost a month to get a program in place and who knows how long it will be before the government provides any kind of financial support.

As for the application process itself, it takes time, is complicated, requires access to a computer and knowledge of English. Why can’t the government provide an application form in Ukrainian and an easy step-by-step guide in Ukrainian? We are talking about Ukrainian refugees after all.

OK, so officially they are not refugees but candidates for temporary residency. That’s a matter of legalistic semantics. Official refugee status means they can never return to Ukraine. That of course, is out of the question since they are women and children who have left their husbands behind. But for all practical purposes they are refugees and, as such, they deserve support, and they deserve such support now and not at some indefinite point in the future.

The Ukrainian community in Canada is doing its best to prepare to welcome refugees, but it is doing so on its own and is operating within an information vacuum. So far, a few refugees are making it to Canada on a sporadic basis. They are getting tickets and visas on their own. Volunteers from the community are setting up welcoming booths at airports just to be prepared but have no idea whether any people are coming or not and what flights they may be on. A database of people willing to offer accommodation has been prepared. But here again, uncertainty is taking its toll. When people find out that the refugees they will be housing may be there for a long time and that there is no financial support being offered, the number of available homes drops.

So, the government is offering open work permits to temporary residents. But these will mostly be women and children. They have just come from a war zone, are heavily traumatized and we are basically expecting these mothers with children to go find themselves a job just as soon as they get here. That is going to traumatize them even further. As it stands today, the plan put forward by the Department of Immigration, Refugees and Citizenship falls far short of the requirements to meet their needs.

The Ukrainian Canadian Congress is urging the federal government to:

The full list of recommendations provided to the Department of Immigration Refugees and Citizenship by the UCC is available here.

“Our community and Canadians all across the country are willing to help – it is time for the federal government to step up and dedicate the resources that an effective, compassionate Canadian response demands,” says Ihor Michalchyshyn, UCC CEO.

Another program the government could initiate is our own version of the United Kingdom’s support plan under which the government will pay homeowners who agree to provide living space for refugees for a minimum of six months 350 pounds (C$575) per month. This is money that can be used to pay for food and other necessities while the refugees struggle to find employment, daycare and so on.

The government tells us it is working on some kind of support program and also on a program to provide flights for refugees who want to come to Canada but is not able to provide any details or even a timeline at this point. Such delay can only be attributed to political and bureaucratic inertia, which, by definition, is a tendency to do nothing or to leave a situation unchanged. But in a crisis situation of this magnitude this is inexcusable. Ukrainian refugees who come to Canada and the volunteer community organizations that are willing to welcome them with open arms need support and they need it now.