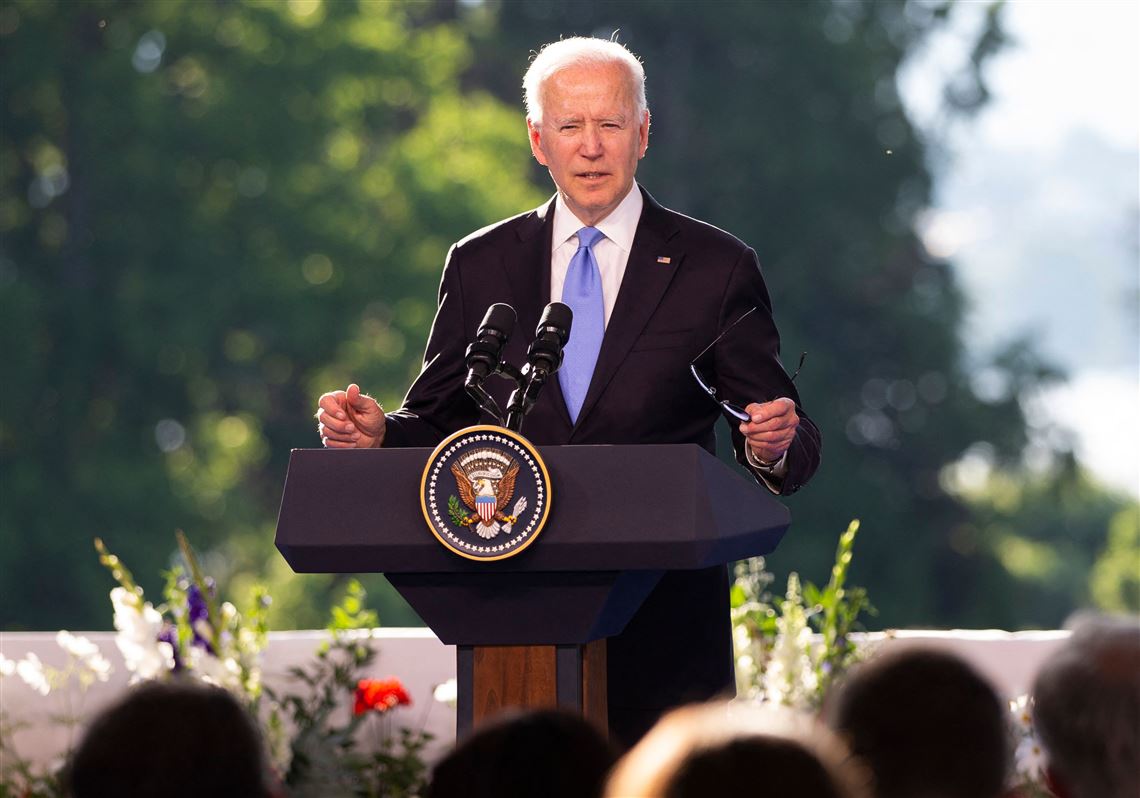 June 16 the eyes of the world were focussed on Geneva as the leaders of the two biggest nuclear superpowers met face to face for the first time in a summit. It was historic in more ways than one for Joe Biden who is the first 21st Century U.S. President who came to office without any illusions about Russian dictator Vladimir Putin. The Presidency of Donald Trump was an historic aberration in terms of his fawning submission to Putin’s whims, but let us not forget that both George W. Bush and Barrack Obama came in with some wishy-washy idea of a “reset” in U.S. Russian relations only to come up against the conniving trickster that is Putin. In both cases they failed to adequately curb his aggressive moves.

Much attention concentrated on the body language between the two even to the point of one pundit analyzing their handshakes. As far as issues were concerned most media attention was directed at those issues which were closest to American interests – namely Russian cyber attacks on U.S. facilities and Moscow’s interference in U.S. elections. On the surface it appears that little attention was paid to Ukraine. The only mention of Ukraine that came up during Biden’s press conference was a brief statement by the President during his opening remarks: “I communicated the United States’ unwavering commitment to the sovereignty and territorial integrity of Ukraine. We agreed to pursue diplomacy related to the Minsk Agreement and I shared our concern about Belarus.” He did not specify how far he would go to protect “the United States’ unwavering commitment to the sovereignty and territorial integrity of Ukraine”. As far as pursuing diplomacy related to the Minsk Agreement, that’s been going on for over six years now and has hit a brick wall. Since there were no questions regarding Ukraine from any of the reporters present, we don’t know anything else about that conversation. As much as anything, this shows that Ukraine is low on the radar as far as most of the international media is concerned. One interesting comment that did come out of the press conference was Biden’s response to a question from the Associated Press as to what he would say if opposition leader Alexi Navalny, currently in custody, would die? “I made it clear to him that I believe the consequences of that would be devastating for Russia,” he said.

Much more attention was devoted to Ukraine during Putin’s press conference, however. CNN’s Matthew Chance bluntly asked him: “Did you commit in these meetings to stop threatening Ukraine? Remember the reason this summit was called in the first place, or the timing of it, was when Russia was building up lots of forces across the border.” Putin replied: “I have one single commitment to help and facilitate the implementation of the Minsk Agreements if Ukrainian side is ready to do that.” And what he wants Ukraine to do is integrate the Donbas into its legal system and amend its Constitution. In other words, permit special status for the Donbas which will effectively set up a fifth column in Ukraine determined to destroy that country’s viability as a state. He went on to outline what he considers the obstacles Ukraine is placing in the path to peace – things like wanting to deploy its own armed forces in the Donbas, closing the Russian-Ukrainian border in that area and hold (free) elections. In other words, anything that would bolster their defence against future Russian aggression.

So, for all practical purposes, there is nothing new to learn from the press conferences following the summit. So, if we are to make any assessment as to what Biden’s policy towards Ukraine will be and how far he is prepared to go in his “unwavering commitment to the sovereignty and territorial integrity of Ukraine” this can only be gleaned from his actions to date. And here we have a mixed record.

On the surface, it appears that Biden faced down Putin over the buildup of Russian military forces on Ukraine’s border. Putin did remove most of them. However, he still left a sizeable contingent of troops as well as most of the Russian military infrastructure in place allowing Moscow to move in more rapidly should they decide on an all-out invasion than they would have been able to earlier. This is a classic application of the Leninist strategic tactic: “Two steps forward. One step back.”

Then there was Biden’s decision in April to cancel the deployment of two U.S. warships in the Black Sea despite warning Putin there would be ‘repercussions’ for the troop build-up in Ukraine. Not only did this impair his credibility as to how far he was prepared to go, but it also allowed Putin to close off the Kerch Strait between Crimea and Russia, blocking all foreign warships from getting to Ukraine until October 2021. Ukraine said the move was an ‘act of war’ and were disappointed foreign destroyers had turned around before Moscow’s escalation.

Third, and perhaps most incomprehensible was his decision to waive the sanctions on the Russian-German consortium constructing the Nord Stream 2 Pipeline which will markedly increase the amount of natural gas that Russia will be able to pump directly to Germany, bypassing Eastern European nations like Ukraine and Belarus. What’s more, Nord Stream 2 is majority owned by Russia’s energy giant Gazprom and its CEO, Putin crony Matthias Warnig. What makes this decision incomprehensible is that Biden himself previously called Nord Stream 2 “a bad deal — for Germany, for Ukraine, and for our Central and Eastern European allies and partners”. And just one day before his announcement, Biden’s Secretary of State Anthony Blinken said, “this pipeline is a Russian geopolitical project intended to divide Europe and weaken European energy security”, adding: “The Department reiterates its warning that any entity involved in the Nord Stream 2 pipeline risks U.S. sanctions and should immediately abandon work on the pipeline.”

So, while we welcome Bidens strong rhetoric in support of Ukraine, actions speak louder than words. And to date his actions leave much to be desired.