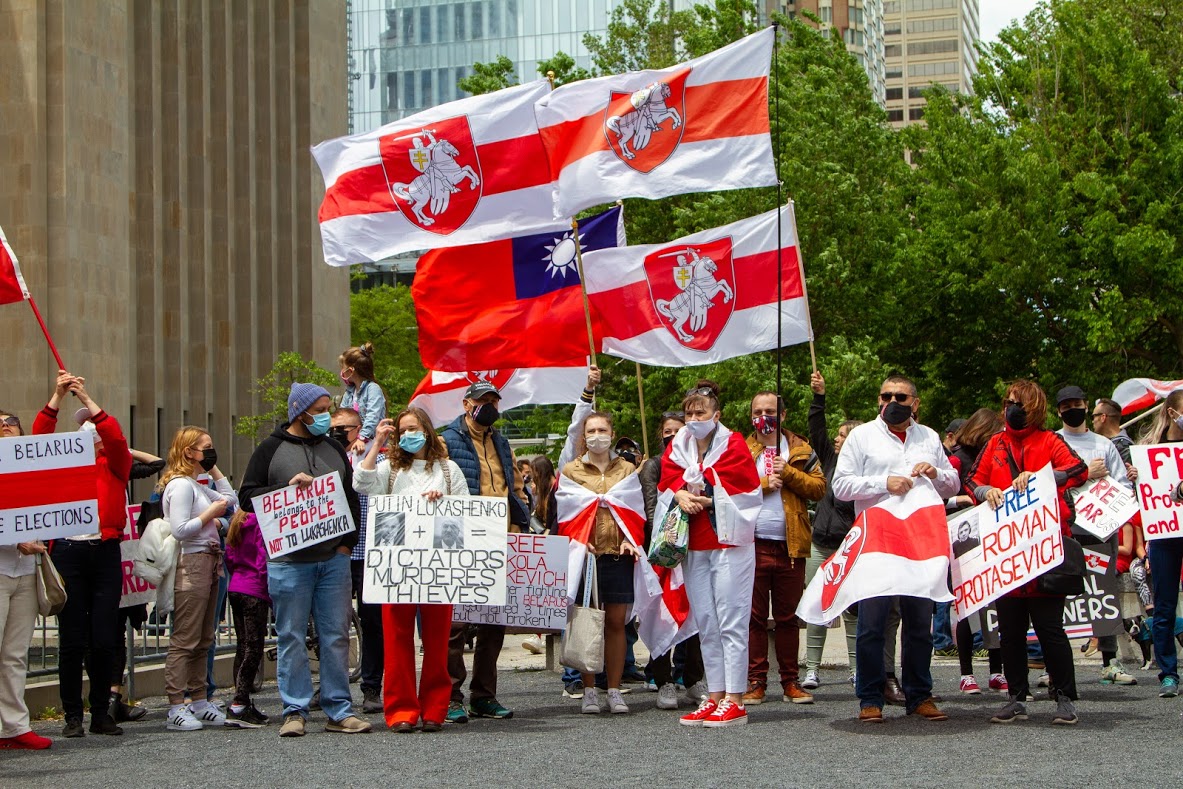 More than 60 people in Toronto, including activists from Russian, Taiwanese and Hong Kong communities, demonstrated in support of the Belarusian opposition, May 29.
The Canadian city joined worldwide protests by expatriate Belarusians and sympathizers with the pro-democracy movement in Belarus. Demonstrators chanted, “Putin, hands off Belarus!” and “Biden, don’t trust Putin!” in a reference to an upcoming U.S.-Russian summit in Geneva.

Demonstrators also called for the release of journalist Raman Pratasevich who was arrested and tortured May 23 after Belarusian authorities hijacked the Irish airplane enroute from Athens to Vilnius and forced it to land in Minsk with a MIG fighter escort.
Belarusians have been protesting since August 9 when a fraudulent election count gave dictator Alyaksandr Lukashenka a sixth term in office. Unofficial counts gave a landslide victory to opposition candidate Sviatlana Tsikhanouskaya.

“I would like to say that May 29 marked one year since Sergey Tsikhanousky, husband of Sviatlana Tsikhanouskaya, was arrested during an electoral rally in Hrodna, Belarus,” said Alena Liavonchanka, President of the Belarusian Canadian Alliance which organized the event.

“Belarusian diasporas held protests worldwide to draw attention to terrible violations of human rights in Belarus and the unlawful detention of 449 of political prisoners. Belarusian Canadians call on G7 leaders to increase economic and political pressure on Lukashenka, whose resignation is the only way to release all political prisoners, including Raman Pratasevich and 28 other journalists currently under prosecution,” she added.