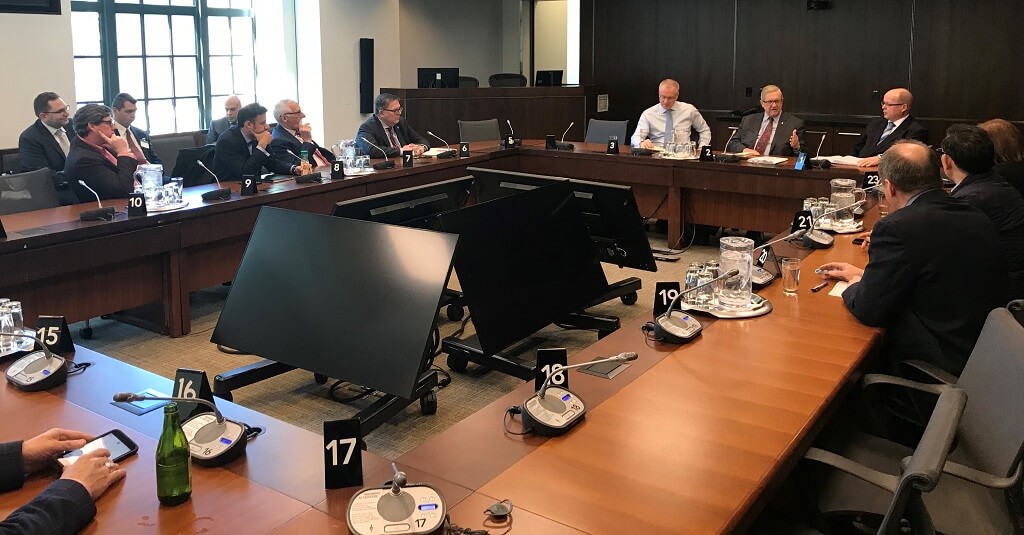 April 10 MP Borys Wrzesnewskyj, Chair of the Canada-Ukraine Parliamentary Friendship Group (CUPFG), hosted Dr. Lloyd Axworthy, P.C., Head of Canada’s election observer mission to Ukraine at a meeting with members of the CUPFG. During the briefing, Dr. Axworthy provided MPs the initial findings of the election observer mission following the conclusion of the first round of the presidential election in Ukraine.

In his comments to parliamentarians, Dr. Axworthy paid tribute to the running of the first round by Ukrainian election officials, noting only minor glitches that were easily handled. He also underscored the important role played by determined Ukrainian civil society organizations which closely monitored the pre-election period and the election for any possible warning signs of problems. A major challenge during the election were the registration of 1.6 million internally displaced persons (IDPs). However, the most disturbing issue was the disenfranchisement of the electorate in areas under Russian occupation in Donbas and Crimea. He called the placing of land mines by Russian proxies at the line of contact points of crossing “barbaric” and particularly denounced the targeting of Crimean Tatar for collective vote suppression.

Wrzesnewskyj called the pre-election illegal arrests and incarcerations of Crimean Tatar community leaders a part of Russia’s attempt to silence the voice of Crimean Tatars and part of a Russian master plan of “ethnocide” of the Crimean Tatars.

Following Dr. Axworthy’s presentation, a discussion and Q&A session ensued with Members of Parliament who participated in the first round sharing their observations of the election in Ukraine and those preparing to participate in the second round asking relevant questions about what to expect, as well as best practices to consider.