AUUC Dying, But Still Has Lots of Money, Speaker Says 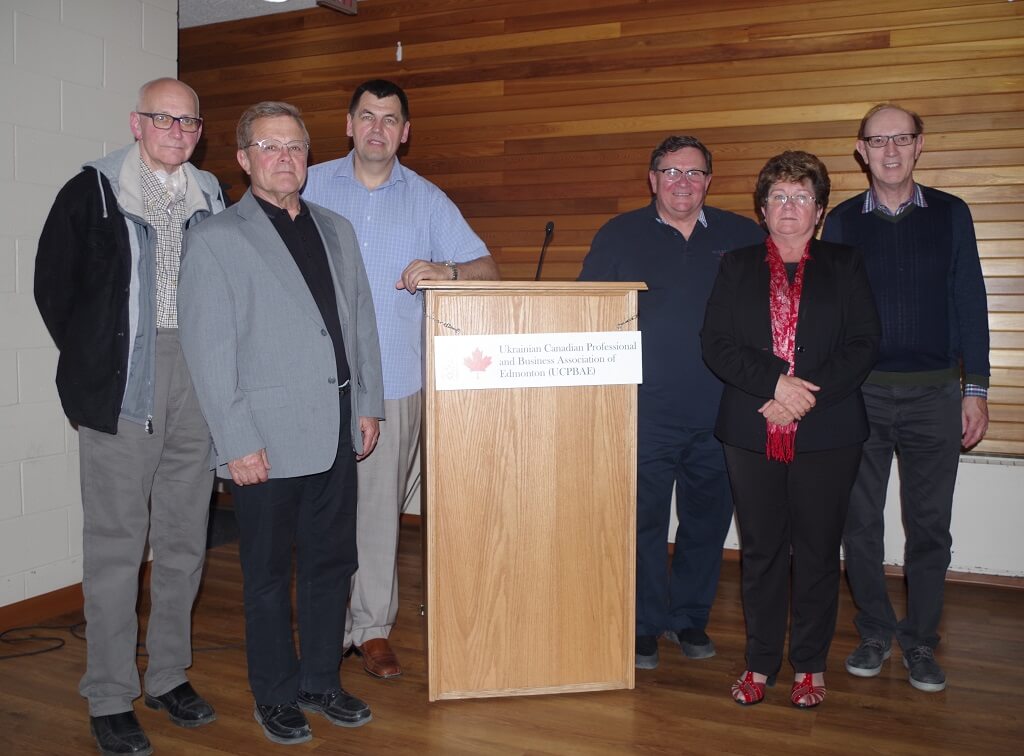 The historically pro-Soviet Association of United Ukrainian Canadians is dying, but still has a lot of money, says an executive member of the organization.

“The Communist party is just about dead in Alberta. And what’s almost dead also is the AUUC. I mean it’s just hanging on by the skin of its teeth,” said Winston Gereluk, guest speaker at the Annual General Meeting of the Ukrainian Canadian Professional and Business Association of Edmonton (UCPBAE), held at the Ukrainian Youth Unity Complex, May 31.

“It’s not going to die immediately and it does have a lot of money. That’s one thing. A lot of people donated to the AUUC. They would leave their heritage to the AUUC,” he noted adding; “I’m not telling stories out of school. Everybody knows this.”

Gereluk, who serves as Member-at-Large on the executive of the Edmonton Branch of the AUUC, said that while a lot of the so-called “fourth wave” of recent immigrants from Ukraine are singing in the choirs of the AUUC’s Edmonton Ukrainian Centre and sending their children to the dance groups, they are not joining the organization.

“I’m really happy that you people invited me by the way. There is a tendency to avoid people like me and I’m happy that you haven’t succumbed to that,” he told members of the UCPBAE.

Gereluk was speaking in response to a question from the New Pathway – Ukrainian News.

The question was related to the efforts by AUUC leaders Yuri Moskal and Walter Makowecki, 20 years ago to reject the organization’s past politics and reconcile with mainstream Ukrainian organizations, only to be ousted by hardliners at a subsequent convention.

Referring to the book “Our History: The Ukrainian Labour-farmer Movement in Canada, 1907-1991” by AUUC activist Peter Kravchuk, Gereluk said “the history of the Communist Party is not a happy one when it comes to the AUUC. In fact, they’re probably responsible for destroying it. They also destroyed a lot of unions. I write about that in my book.”

Gereluk, a former Special Projects Director at the Alberta Federation of Labour, is currently working on a history of Ukrainian workers in Canada from 1900 to 1950 in conjunction with the Canadian Institute of Ukrainian Studies at the University of Alberta. That was the subject of his address.

He noted that history is largely written about famous and successful people but little about workers. Yet that is an important part of the history of Ukrainians in Canada.

In preparing this book, tentatively titled “Ukrainian Canadians in Alberta: The Workers’ Story”, he has already written 800 pages of text and has 1,000 pages of research notes but there is much research that remains to be done, particularly as it sconcerns records of individual stories, diaries, newspaper accounts, etc.

“I am at the stage of looking for such specific evidence of actions and developments that portray the workers’ experience, Gereluk explained.

“When you write about workers, you don’t just write about the work they did. You talk about their experiences,” he added.

Historically immigration policy in Canada has been labour policy. “We generally open up the immigration gates when labour is needed,” he noted.

Thus, the first three waves of Ukrainian immigration to Canada coincided with periods when the country needed cheap labour. When depressions occurred like just before World War I and in the 1930s immigration was halted.

And Ukrainians, who left their homes for largely economic or political reasons were a prime source of cheap labour, be it in clearing the land on Western Canadian homesteads or providing the labour for such frontier industries as railways and mines.

Such work was both difficult and dangerous. He related cases where the Canadian Pacific Railway would hire out sub-contractors who would bring up to 50 men to work on a branch line, only to find out that 12 were needed. The rest had to find their own way back home.

Referring to the Hillcrest mining disaster in Alberta’s Crowsnest Pass in which 189 men were killed in an explosion on June 19, 1914, he noted that most of the surnames on the memorial are Ukrainian.

“The idea that somehow our Ukrainian people were coming to the Wild West is not true at all. It was a very carefully crafted plan,” Gereluk said

Asked to explain the retention of Ukrainian culture and identity in Western Canada, Gereluk noted that the fact that women were often left alone on the homesteads while the men were off working, had a lot to do with it.

Living in ethnically homogenous block settlements and isolated from the English-speaking community, the women would bring up a whole new generation of children in a home where there was no infringement upon the Ukrainian culture from outside influences.