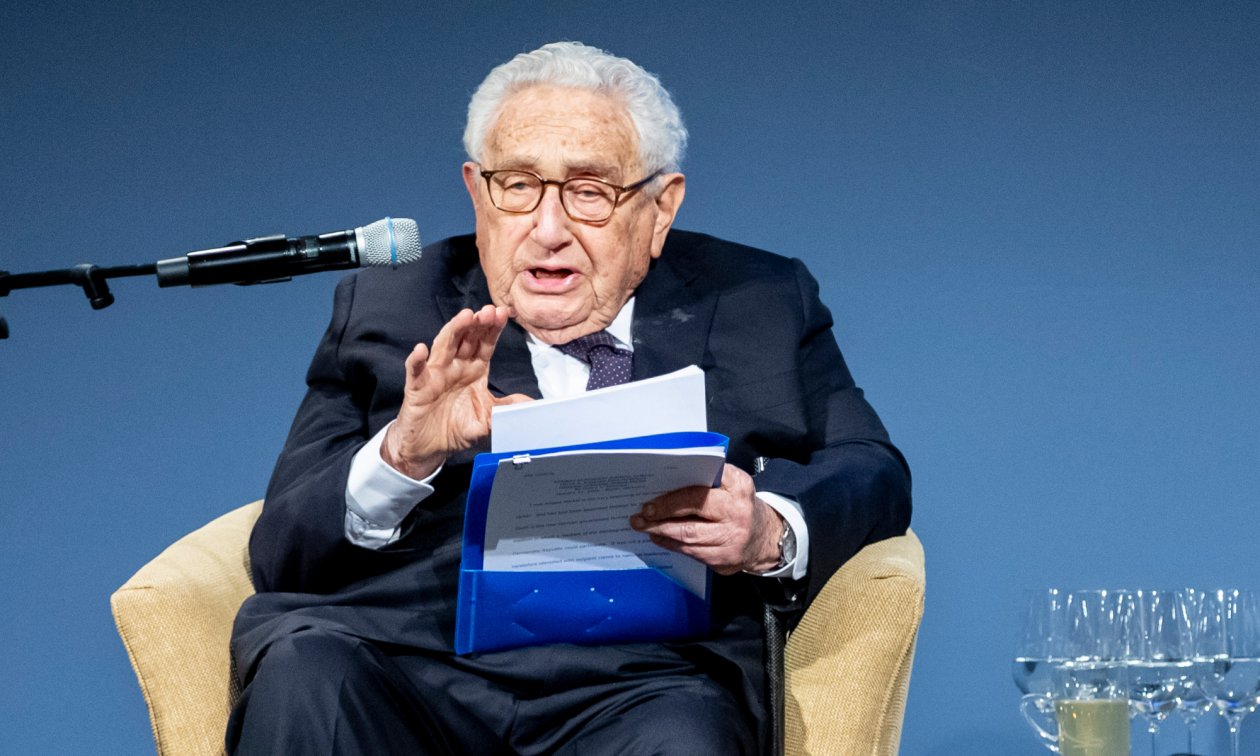 Three months after the Russian Federation launched its illegal, unprovoked and genocidal war against Ukraine “Ukraine fatigue” is slowly creeping into Western governments and resulting in a push to make Ukraine give territorial concessions to Russia in order to bring the war to an end.

This is an immoral, impractical and, frankly, ridiculous proposal that will only lead to even more violence, bloodshed and destruction.

First it was French President Emmanuel Macron, who fancies himself as something of a mediator. He suggested to Ukrainian President Volodymyr Zelenskyy that he provide Russian dictator Vladimir Putin with an “off ramp” to allow him to save face by offering territorial concessions – namely the Donbas and Crimea. This was rejected outright by Zelenskyy. “It’s inappropriate for world leaders to suggest I should make certain sacrifices in terms of Ukraine’s sovereignty, in order to allow Putin to save face,” he said, adding that Ukraine “isn’t prepared to save someone’s something by ceding territory.”

More recently it was the 98-year-old foreign affairs guru Henry Kissinger who served as Secretary of State and National Security Advisor to Presidents Richard Nixon and Gerald Ford. Speaking on a panel at the World Economic Forum (WEF) on May 23, Kissinger said, “Ideally, the dividing line should return to the status quo ante bellum,” meaning a return to the existing state of affairs before the full-scale war began. In other words, let Russia keep Crimea and the Donbas.

Adding insult to injury, Kissinger told the WEF that Russia had been an essential part of Europe for 400 years and had been the guarantor of the European balance of power structure at critical times. European leaders should not lose sight of the longer-term relationship, and nor should they risk pushing Russia into a permanent alliance with China.

“I hope the Ukrainians will match the heroism they have shown with wisdom,” he said, adding with his famous sense of realpolitik that the proper role for the country is to be a neutral buffer state rather than the frontier of Europe.

Frankly, Kissinger’s record shows him to be a Machiavellian operator who believes in the principle that Might Makes Right and that pandering to the powerful keeps the peace. He himself can be considered a war criminal for ordering the 1969 secret bombing of Cambodia. This led to the fall of the government of Prince Norodom Sihanouk, the Cambodian Civil War, the victory of the Khmer Rouge and the infamous killing fields.

He did receive the 1973 Nobel Prize for arranging the ceasefire in the Vietnam war which he shared with North Vietnam’s chief negotiator Lê Đức Thọ. Quite significantly Thọ refused the award and, for the first time in the history of the Peace Prize, two members left the Nobel Committee in protest. And what was the result of that “ceasefire”? Within two years the North Vietnamese overran the South Vietnamese forces and established a Communist dictatorship.

Despite this, Kissinger still maintains respect within many circles and his comments serve only to bolster the appeasers and threaten the united front Western democracies have been maintaining to date.

But as far as influence makers go, the most troublesome is the May 19 editorial in the New York Times entitled “The War in Ukraine Is Getting Complicated, and America Isn’t Ready”. Initially, the NYT Board argued that “the message from the United States and its allies to Ukrainians and Russians alike must be: No matter how long it takes, Ukraine will be free. Ukraine deserves support against Russia’s unprovoked aggression, and the United States must lead its NATO allies in demonstrating to Vladimir Putin that the Atlantic alliance is willing and able to resist his revanchist ambitions.”

Now it was backtracking saying “the goal cannot shift, but in the end, it is still not in America’s best interest to plunge into an all-out war with Russia, even if a negotiated peace may require Ukraine to make some hard decisions.”

And what do these hard decisions mean? “A decisive military victory for Ukraine over Russia, in which Ukraine regains all the territory Russia has seized since 2014, is not a realistic goal.”

A most eloquent rebuttal was posted by the Kyiv Independent’s Editorial Board on May 24.

“In the editorial, the New York Times editorial board argues that it’s too dangerous to assume that Ukraine can win the war. It says, ‘Russia is too strong’ that Ukraine should make a ‘painful compromise’ and give up some territories to Russia. The U.S. must understand the futility and stop “taunting’ Russia, the editorial says. Meaning: Ukraine will lose anyway, stop helping it so it’s over faster.

“In short, the editorial attempts to pass off appeasement and betrayal of the free world’s values as pragmatic reasoning.”

And “pragmatic reasoning” or “peace in our time” have always been the catchwords for appeasement. Let’s go back to 1938 and draw some parallels.

In September of that year, the United Kingdom and France bullied Czechoslovakia into ceding the Sudetenland, which was populated primarily by Germans to Adolph Hitler. So, if Sudetenland was “German”, then Crimea and Donbas are “Russian” and can be sacrificed. After all, Putin declared that his “Special Military Operation’ was aimed at annexing Donbas and maintaining control over Crimea, just as in 1938 Hitler declared that Sudetenland was his last territorial demand in Europe. How soon did that prove to be false? Within six months he occupied the rest of Czechoslovakia and another six months later attacked Poland starting World War II. Similarly, if Putin gains recognition of his annexation of Crimea and Donbas, he will sense the weakness of Western democracies and proceed to occupy the rest of Ukraine. From there it’s just one more “false flag” operation to attack Poland and begin World War III.

Pressuring Ukraine to make territorial concessions will not only reward Putin for all the massacres of civilians, women and children, the tortures of prisoners, the uncontrolled rape and pillage and the destruction of Ukraine’s infrastructure he is responsible for, it will provide him with an incentive to wage even more wars and commit even more atrocities.

Pathological bullies like Hitler and Putin do not understand diplomacy. They only understand brute force. Bullying Ukraine into making territorial concessions just as the country was bullied into giving up its nuclear arsenal, will not bring peace. But it will condemn the country to suffer Hell on Earth after its people have most valiantly fought to preserve freedom and democracy not only for themselves, but for the world as a whole. That, in itself, should be considered a war crime.