A conversation with Zirka 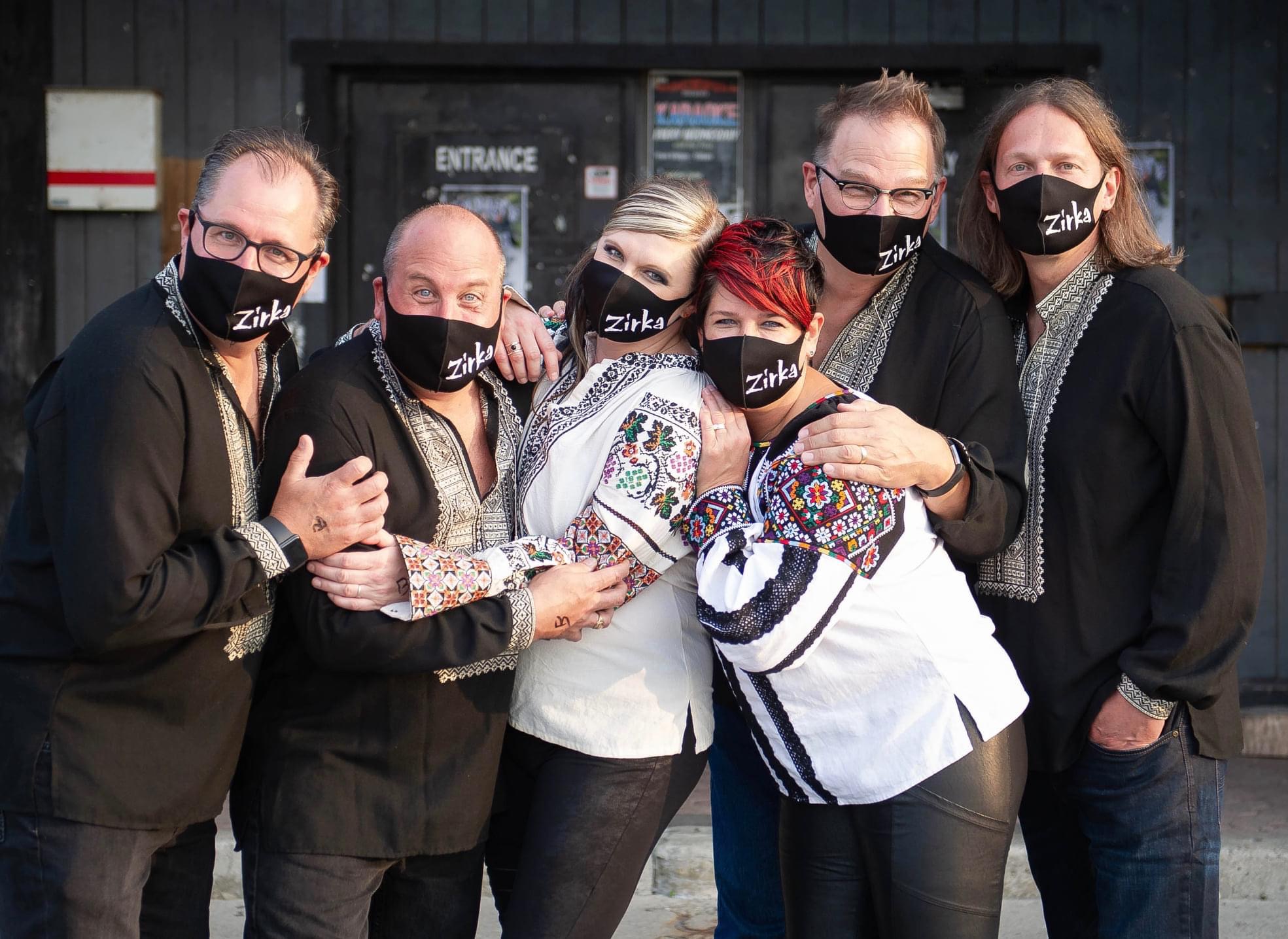 How the Ukrainian band is adapting to the COVID-19 pandemic.

Zirka, a Toronto-based Ukrainian band that has performed at weddings, festivals and zabavas for decades, found new ways of connecting with its audience amidst the pandemic.
Through virtual events and live-streamed performances, band members Morris Hucal, Karen Aniol, Kateryna Hucal, John Hucal, Yurko Mychaluk and Bill Hawryschuk deliver a positive energy to their fans in the comfort of their own homes.

Zirka’s last in-person performance took place on Feb. 29, 2020. “We never thought that would be the last time we were gonna get together — all six of us — to perform because everything after that got shut down,” said Morris.

Since the start of the pandemic, the band has been looking for ways to perform again safely. Its first pandemic performance was a virtual zabava for the Capital Ukrainian Festival in Ottawa.

“We have been the house band since [the festival’s] inception,” said Aniol. Morris added that although the festival wouldn’t be in-person, the organizers still hoped Zirka would play a virtual zabava.

While adhering to the public health guidelines at the time, the band managed to record a couple of songs in Loud Mouse Studios in Toronto as well as film videos to include in the festival’s virtual zabava. Following the event, the videos were shared online with other organizers to include in their respective events.

“We were trying to stay in touch with a lot of our fans and they really appreciated it,” Morris said. “It was a really lonely time to be in lockdown — no zabavas, no weddings, no parties — so it was one way of reaching out.”

Following the virtual festivals, which included Canada’s National Ukrainian Festival in Dauphin, Man. and the Bloor West Village Toronto Ukrainian Festival, Zirka was able to perform in-person once again, in a much different environment than they were previously used to.

In August, when the restrictions were partially lifted in Ontario, Zirka had the opportunity to play at a wedding in Hamilton, Ont. for the first time since February 2020.

“This was the time when we were limited to 50 people indoors and all of the measures were in place with the social distancing [and] the masking,” Aniol said, adding that social distancing at Ukrainian gathering in particular “would be very challenging to adhere to.”
“What didn’t change was the love that was in the room, the band’s energy, the excitement of the guests and the happiness of the bride and groom at the end of it all,” she said.

On Sept. 12, Zirka played a live show at The Rockpile club in Toronto for a limited audience. The performance was streamed live on Facebook alongside performances by the Kubasonics from St. John’s, N.L. and Sloohai from Winnipeg.

“We have to [contact trace], everyone’s wearing a mask, on stage, we had plexiglass in front of our microphone set-ups,” Mychaluk said. “We followed all the protocol.”
“As much as people were tentative to come out…to an event in the time of a pandemic and social distancing, we still were able to connect with fans which is really amazing,” Aniol added, referring to the small crowd of “die-hard” Zirka fans that were able to attend the zabava in-person.

However, not long after that, the provincial government increased restrictions due to the growing number of positive COVID-19 cases in Ontario. Before the province went into lockdown, Zirka was able to record and release a handful of new songs as part of a three-stage album series called, “Live in Isolation.”

Morris mentioned that if there’s one positive thing that came out of the COVID-19 pandemic for Zirka, it’s that it allowed for a new recording.

“[The new album] was something that was never planned for,” he said, adding that in preparation for the Capital Ukrainian Festival, the band was able to record eight songs.
Since the eight songs weren’t enough for a new album, the band had to go back to the studio to record five more songs in between restriction periods. Though the physical CD is expected to be released this summer, the band decided to release songs from the album on all streaming platforms in three stages — one at the end of October, another in December and the final and most recent stage released mid-February 2021.

“We were trying to put a little funny spin on it because as the stages open up, it’s different levels of protocols,” Mychaluk said.

Looking ahead, Zirka’s band members aren’t sure when they’ll be able to play in-person once again but they plan on maintaining a positive energy for their audience through virtual performances.

“I think if there’s one thing for certain, Zirka loves connecting with our friends and our fans and we’re always gonna find opportunities to do that,” said Aniol.