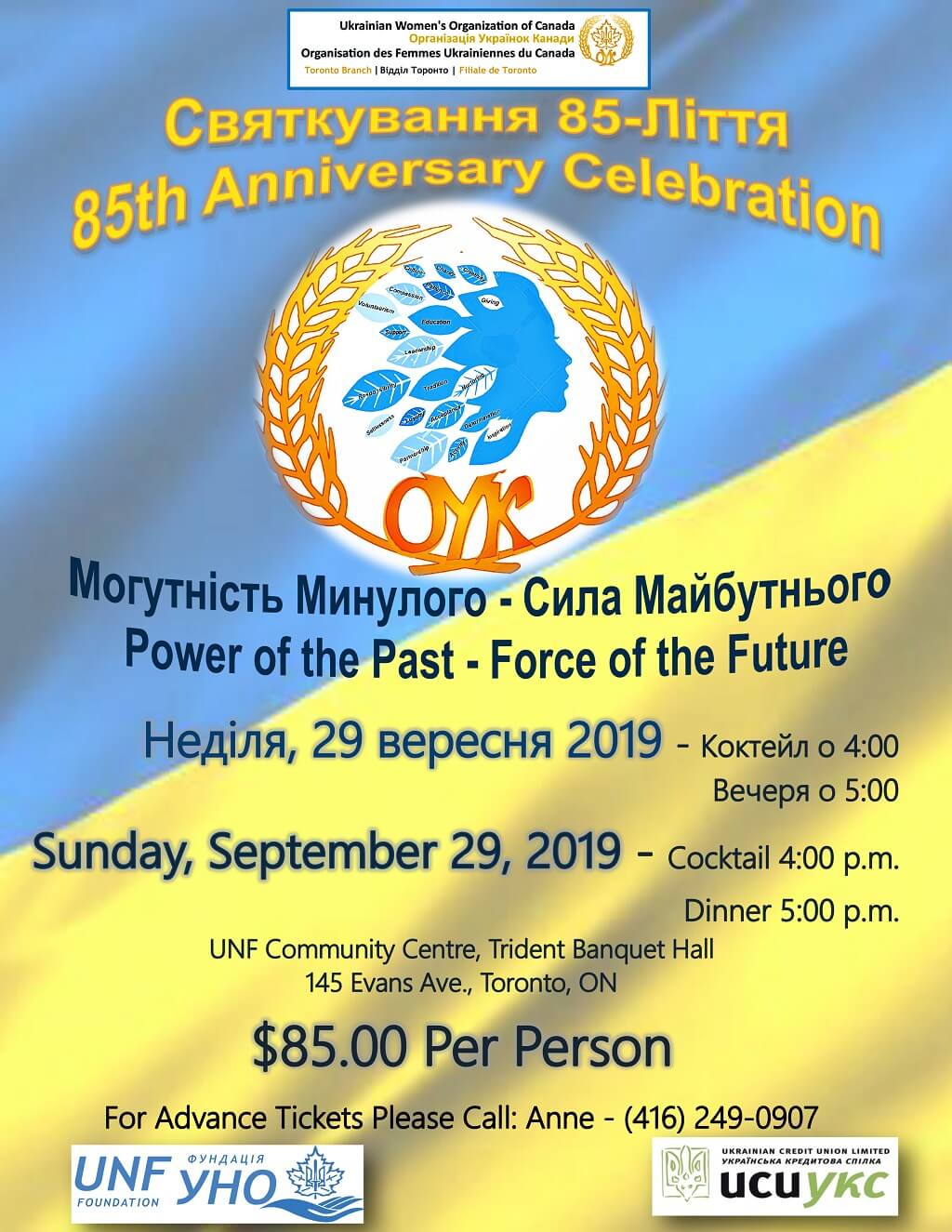 They came to Canada between 1926 and 1929 from Western Ukraine, the second wave of immigrants – among them veterans of the liberation struggle for Ukraine’s independence during 1917-1921. One of their first acts to unite old friends-in-arms and all Ukrainian patriots in Canada was the founding in 1928 of the Ukrainian War Veterans Association of Canada (UWVA).

Since inception, UWOC has been committed to maintaining Ukrainian culture, heritage, language and traditions. Over the years, the charitable work of UWOC Toronto Branch has continued uninterrupted with generous donations to charities and agencies supporting women, children, the elderly, sick and homeless, both in Canada and in Ukraine.